Boutique businesses- those tiny, quirky companies that make a city unique and fun are first on the chopping block when it comes to an economic crisis. 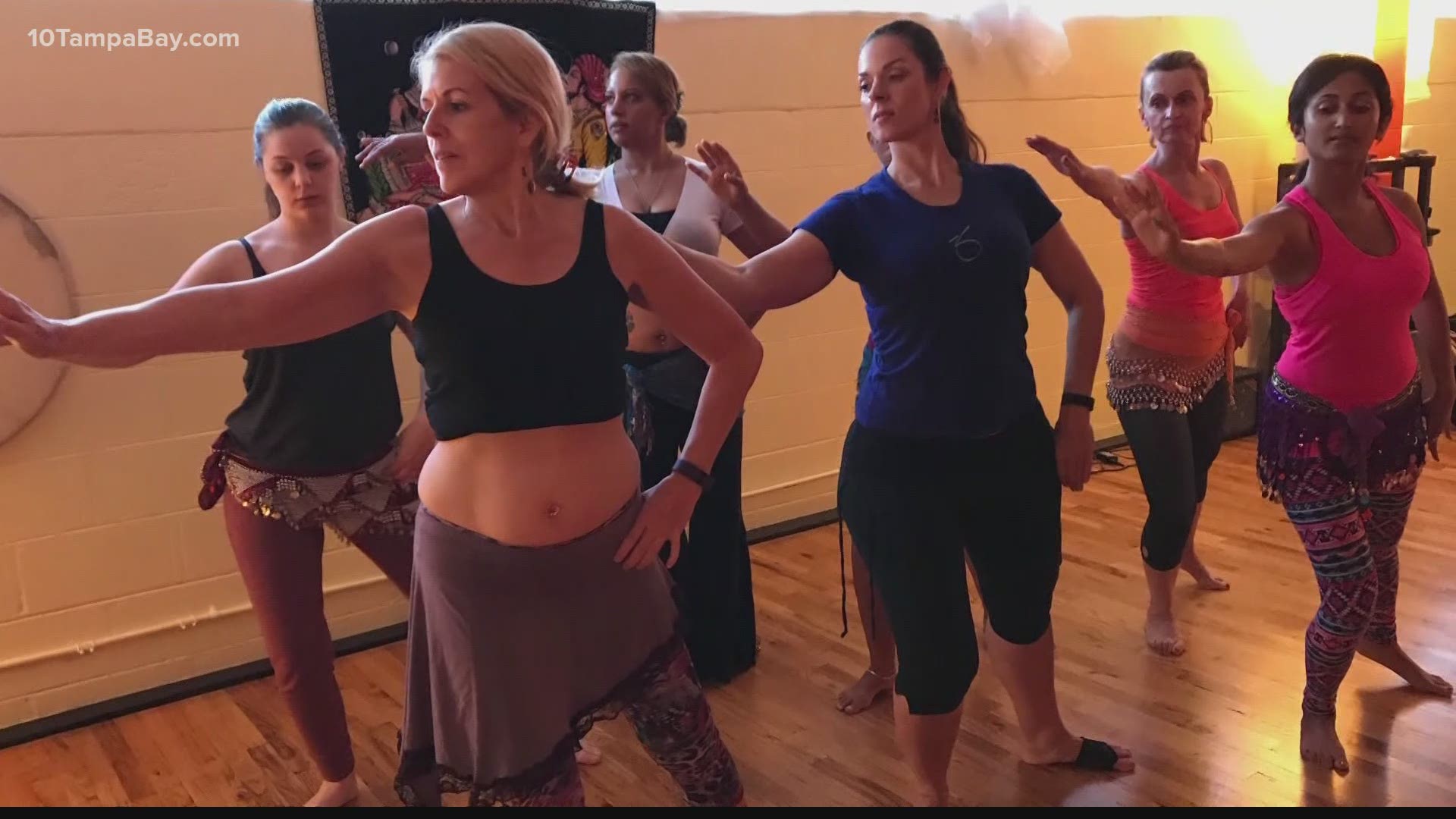 ST. PETERSBURG, Fla. — If money is tight in your house or you're worried about catching the coronavirus, you're probably not signing up to take the next belly dancing class.

While you might justify an outdoor meal or a mask-wearing haircut, there are some businesses that are more likely to get cut including those tiny businesses with a niche following.

You find them all through cities and towns across America including in St. Petersburg, Florida, an eclectic and artsy city with an identity all its own despite the much bigger city across the bay in Tampa.

St. Pete was the perfect spot for Johanna Krynytzky to start her belly-dancing business in 2004.

After a trip to Turkey in the 90's, Krynytzky was inspired to bring that energy and free movement to people in her hometown.

"We don’t just do belly dance. We do Flamenco and Polynesian and Samba," Krynytzky said.

A combination of classes and performances at local festivals was enough to keep the studio busy seven days a week.

Then COVID happened. Everything stopped.

Denise Glueck is the founder of Yoga Moves, another micro-business in St. Pete with a following based on a personalized blend of yoga and massage therapy.

"In June, there was that moment where I said I’m going to have to shift my studio," Glueck said.

She started moving out and selling equipment to her longtime clients. And just when she was about to let it all go, the community came calling. Two other yoga instructors partnered with Glueck to keep the studio afloat.

"The three of us came together and said let’s just hold this space as long as we need to and that’s just how we survived the COVID," she said.

Now they split rent and schedule the studio. Seven months later, they're getting by.

"It was just a matter of joining together as a community," Glueck added.

Krynytzky can't afford the rent anymore at her dance studio and she'll move out soon but she too is relying on the community before making her next step.

"Do we face this as a crisis or opportunity? We've got to look for new collaborations. What does this mean? Community is more important than ever. We need to work together," she said.

Krynytzky is now holding Zoom classes and one of her dance troops is performing at an outdoor fundraiser in November. She's not sure what the long-term plan is but she's ok with that.

It's not the first time the community saved her. In 2007 when Krynytzky was diagnosed with breast cancer, the belly-dancing community from around the world raised money for her treatment. She didn't have health insurance and the universe responded.

She's ready to let the universe take the lead on this one too.

"The universe has only three answers to your question…yes, not yet, and I have something better planned for you."