Residents say they feel better after she spoke with them and saw the mold problems first-hand. 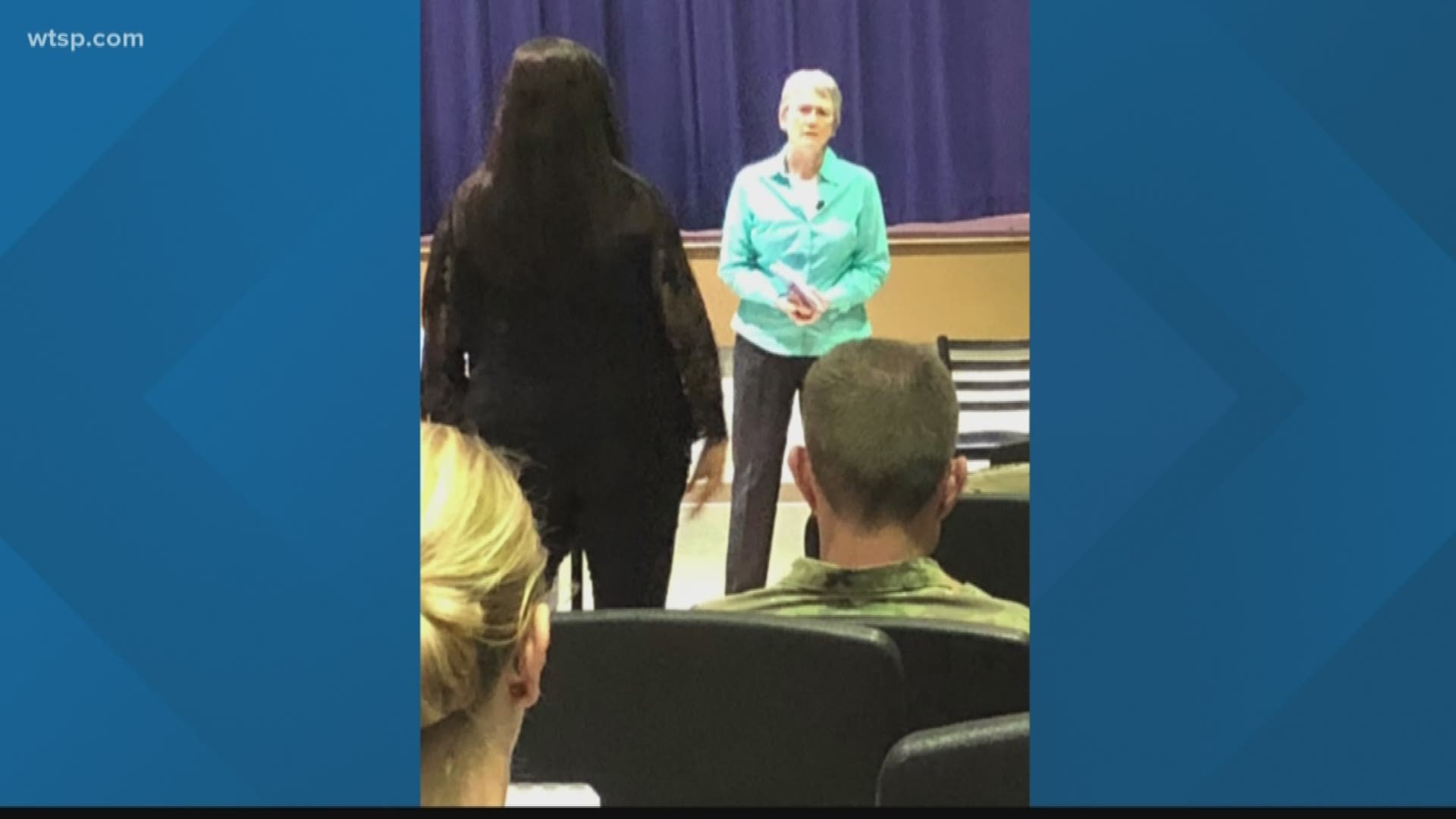 TAMPA, Fla. — After postponing a Wednesday visit because of nasty weather, the US secretary of the Air Force came to MacDill Air Force Base Friday morning.

The visit by U.S. Air Force Sec. Heather Wilson follows complaints of mold, rats, and other problems with privately managed housing at MacDill Air Force Base.

Several people who’ve had issues and complained about the living conditions had an opportunity to speak face to face with Wilson during a listening session which lasted about two hours.

Amy Norquist was among those at the meeting. Norquist had also recently testified in front of Congress.

“I would hope it’s a step in the right direction. It’s a big deal,” Norquist said of the secretary’s visit.

Norquist has long contended that mold inside her family’s on-base housing sickened her children, especially her daughter Allie, who has suffered from a persistent cough, and maybe worse.

“They've done allergy testing,” said Norquist. “She’s been to a pulmonologist multiple times. She’s been given an inhaler for asthma,” she said.

Although Allie has not been diagnosed with asthma, Norquist said her daughter suffers from a deep, persistent cough.

It’s been a similar story for Traci Lenz and her children. Mold. Illness. A lack of adequate resolution, she says, from the private landlord and management company that handles MacDill’s military housing.

“They found 23 types of mold in our home at levels unfit for occupancy,” said Lenz. “Everyone in the home has had just ongoing breathing issues.”

Lenz says she and others were offered a “release from claims with non-disclosure agreement in exchange for breaking our lease at no cost,” she said. She says her family refused and has since moved off base.

Lenz says she’s glad the secretary came to see the conditions for herself, Friday. Wilson, she says, insisted on visiting homes that were not on a prepared visit list.

And Lenz says the secretary seemed genuinely concerned about hearing their stories without interference.

“In fact,” said Lenz, “In the second listening session she did ask that all of the command get up and leave out of the session so that the families can speak freely, and that was very nice.”

The problems aren’t just at MacDill, and they are not just impacting the Air Force. Other bases around the country, controlled by different branches of the armed services have seen similar problems including mold, insects, and even rat infestation.

The issue has gotten attention from politicians who call it shameful and are now pushing for a tenant bill of rights to give military families recourse without fear of repercussions or retribution.

But they feel Friday’s visit was a big step.

“I think it is a big thing,” said Norquist. “There is a lot of awareness it’s been raised, and people are starting to take this seriously and hopefully this is a step in the right direction to provide families safe housing.”

“I want to make sure that every generation that comes behind us can feel that every base is home and that it safe,” she said. “It’s somewhere that they can be proud to go home too. It may not be glorious mansions, but it definitely will be functional, and it will be safe.”