“If anything, it made it better,” the bride said. “This is a wedding that will never be forgotten.” 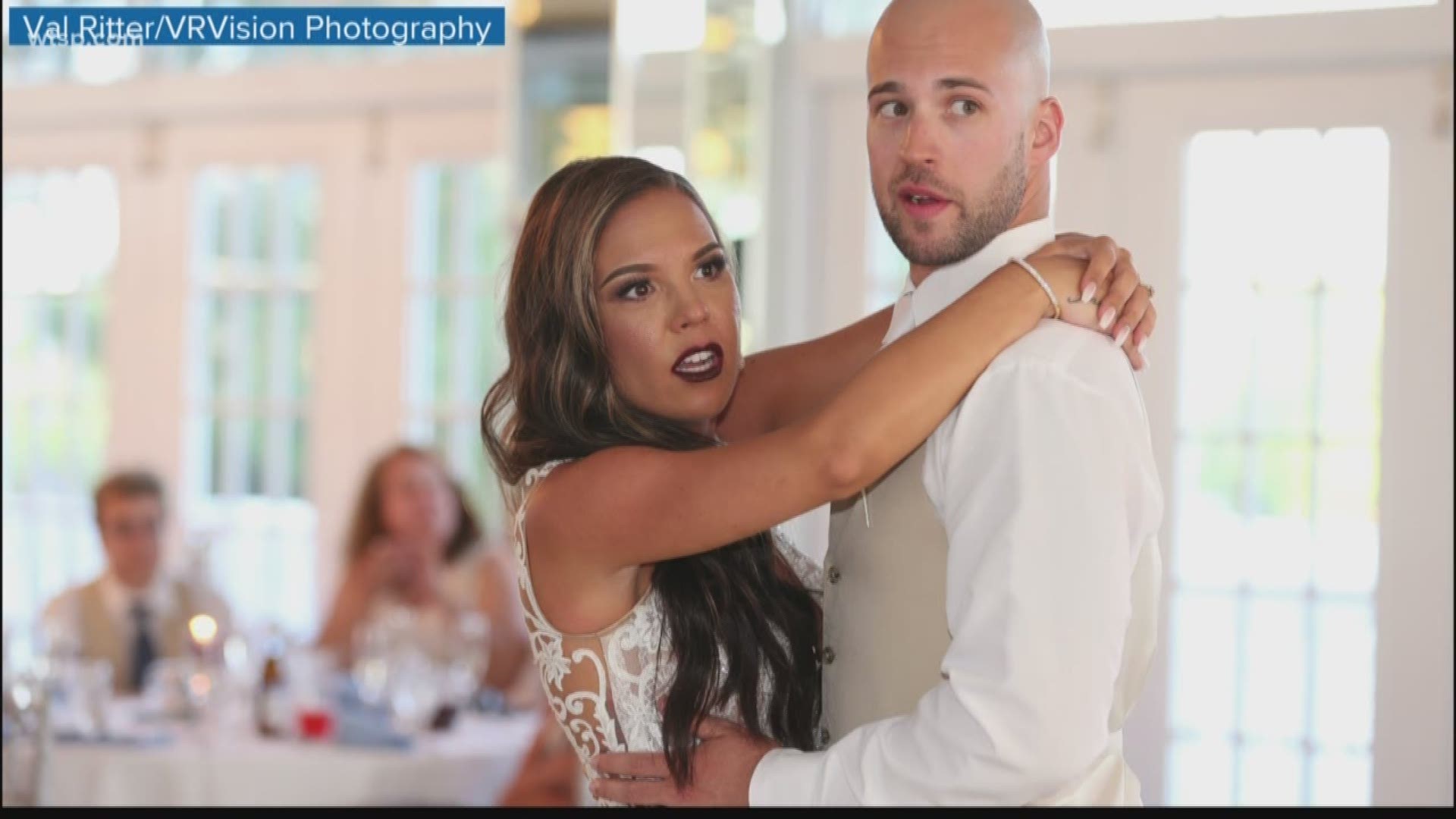 Then she and her groom realized they had a wedding crasher.

The photographer captured the unforgettable moment when the stranger barged into the couple's first dance.

The next photo that guy was in was a mugshot. Deputies arrested Mark Saunderson for disorderly conduct.

They said Sanderson had bloodshot eyes and was unsteady on his feet. They said hotel staff asked him to leave multiple times, but he refused.

The newlyweds have no idea why he chose their wedding, but there's no hard feelings.

“If anything, it made it better,” Dajka said. “And my whole family, his family, all of our friends are like, 'This is a wedding that will never be forgotten.'”

She said it was still their dream wedding, and their now viral crasher might've learned a lesson.

When asked if she thinks the crasher will do it again, Dajka said with a laugh, “I doubt it, or at least not get caught.”

We tried calling the phone number Saunderson gave police, but it was disconnected. He did pay his $250 bail for the misdemeanor and got out of jail.