Armed men break into house, claim to be cops and tie up 3 people, deputies say

Deputies are searching for these armed home invasion suspects in Citrus Park. 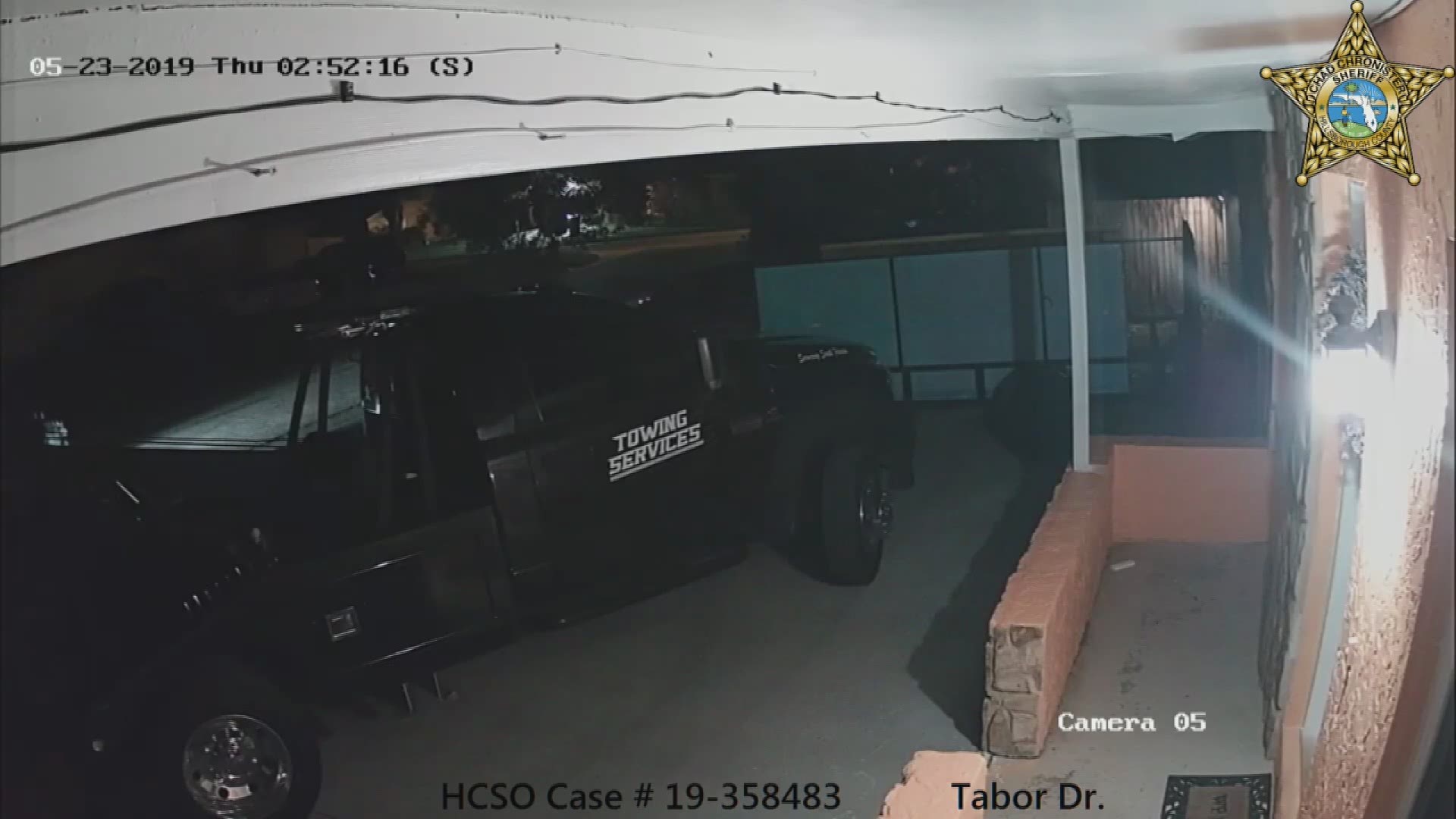 CITRUS PARK, Fla. — Hillsborough County deputies are looking for four suspects they say were involved in an armed home invasion in the Citrus Park area.

Deputies say the four suspects forced their way into a home early Thursday morning on Tabor Drive and claimed they were law enforcement officers. Once inside, the suspects bound the hands of the three adults who were in the home, the sheriff's office said.

Deputies say the suspects took personal property from the master bedroom, and one suspect fired a gun inside the home. The sheriff's office said no one was injured.

The sheriff's office said the suspects drove away in a gray sedan.

One of the suspects is about 5-foot-8 to 5-foot-10. He was last seen wearing a maroon Adidas hoodie, a mask, sweat pants and running shoes.

Deputies say the second suspect has a "potbelly" and is about 5-foot-7 to 5-foot-10. He was last seen wearing a long sleeve shirt with another long sleeve shirt covering his face. He had sweat pants and running shoes.

The third suspect is about 5-foot-10 to 6 feet tall, deputies say. He was last seen wearing a zip-up hoodie with his face covered. He had sweat pants and white sneakers. The fourth suspect was not seen on video, deputies say.

Anyone who recognizes the suspects involved in this home invasion is urged to contact the Hillsborough County Sheriff's Office at 813-247-8200. In order to be eligible for a cash reward, call Crime Stoppers at 1-800-873-TIPS (8477). You can report a Crime Stoppers tip anonymously online by clicking here or by sending a mobile tip using the P3 Tips Mobile application, which is a free download for iPhones, iPads and Androids. You must contact Crime Stoppers first to be eligible for a reward.