Authorities say the man sent explicit photos of himself and arranged to meet with the child at an Orlando hotel. 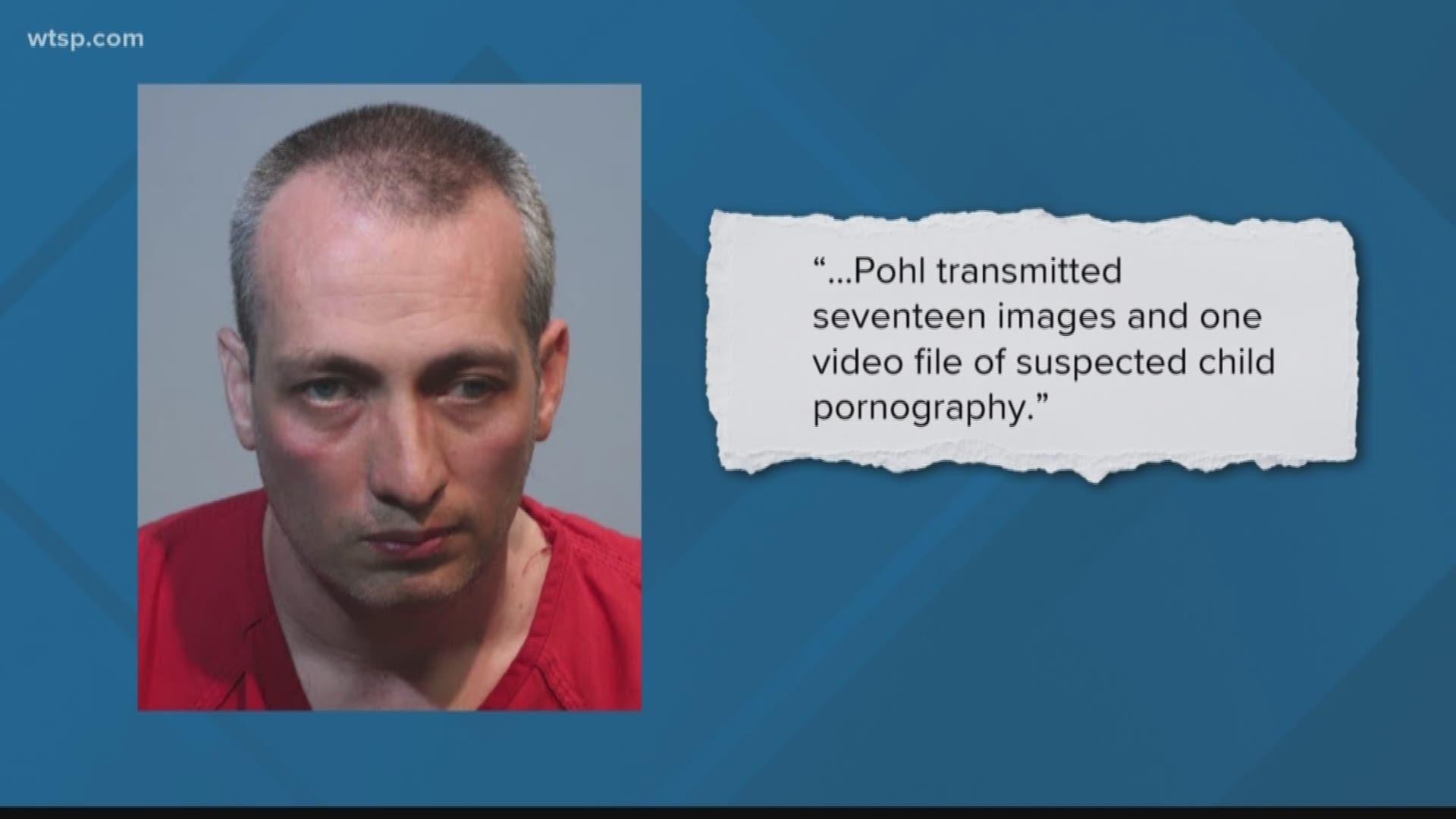 OCALA, Fla. — The U.S. Attorney's Office for the Middle District of Florida announced the arrest of a 40-year-old Clermont man, accused of trying to arrange a sexual encounter with an 8-year-old girl.

In a release from the Department of Justice, prosecutors said Frederick M. Pohl Jr. was charged with transferring obscene materials to a minor and attempting to entice a minor. The release said Pohl was investigated by Homeland Security and has been in custody since Tuesday.

William C. Daniels, a public affairs officer for the Middle District of Florida, confirmed to 10News that Pohl was employed at Magic Kingdom at Walt Disney World in Orlando.

According to a criminal complaint, Pohl communicated online with and tried to arrange to have sex with an 8-year-old girl. Investigators said Pohl believed he was talking with the child and her father, but he was actually talking with an undercover federal agent.

Investigators said Pohl sent explicit photos of himself and arranged to meet with the child at an Orlando hotel. Pohl was arrested when he got to the hotel, and investigators say he had condoms and a child-sized pink dress with him.

According to the complaint, investigators asked for employment records related to Pohl from a "major amusement park." When investigators served a search warrant on Pohl's email address, they found two images of an adult man believed to be Pohl "dressed in an employee outfit" related to the theme park.

Homeland Security investigators said Pohl had been previously investigated in 2007 for "attempted exploitation of minor children."

Investigators said Pohl worked at a theme park, and part of his duties was to help secure guests' lap bars if they appeared unsecured.

10News reached out to Disney for comment on the situation. We've learned Pohl is on an unpaid leave of absence.