Video captures sound of gunfire; sheriff says ex-Marine killed 4, some of whom begged for their lives

The attack appears to have been random, with the accused gunman having no known connection to those killed. 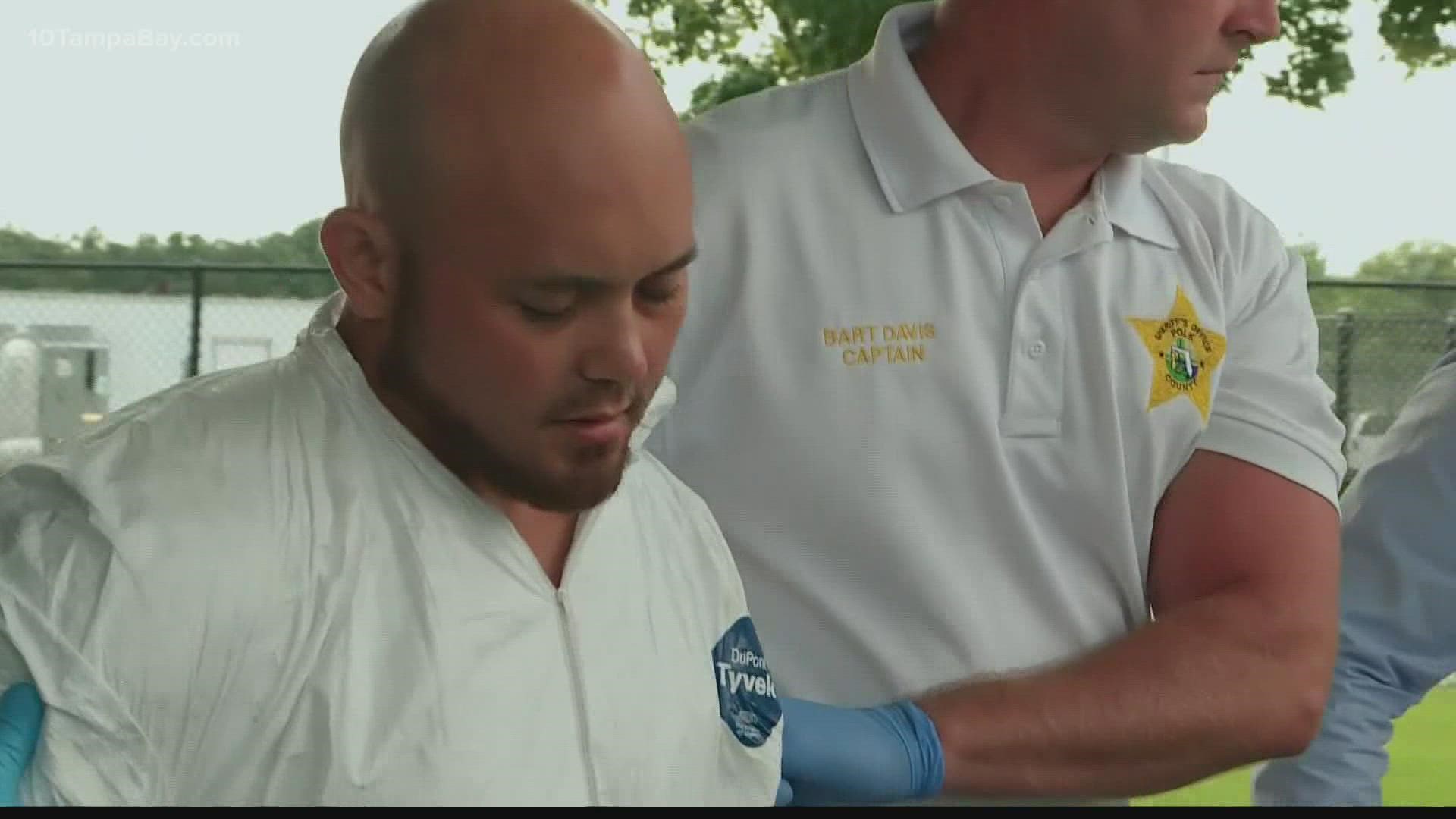 LAKELAND, Fla. — WARNING: The video clip that includes the sounds of gunfire can be viewed inside the segment at the bottom of this article. Viewer discretion is advised.

Gunfire shattered the silence Sunday morning in a quiet neighborhood sitting on an unincorporated area north of Lakeland.

Five people were shot between two homes. Four died, including an infant.

Liberty Ulrich, who lives next door, heard the gunfire continue as deputies and a police officer arrived and got into a shootout with the accused killer.

"It's rapid-fire. It's a lot of bullets in just a short time frame," said a visibly-shaken Ulrich, whose doorbell camera captured the sounds of the shots being fired.

The gunman was 33-year-old security guard Bryan Riley, investigators say. Riley is a former Marine and Reservist, who did tours in Iraq and Afghanistan as a sharpshooter, according to Sheriff Grady Judd.

Authorities say Riley surrendered after being shot and was taken to the hospital, where he tried to grab a Lakeland police officer's gun. A tussle ensued in the middle of the emergency room, police said. He was ultimately tied down and sedated, according to law enforcement, and has since been booked into jail.

Riley has "zero" known connection to the four people killed or to the surviving 11-year-old girl he's accused of shooting at least seven times. The girl, a student at Lake Gibson Middle School, was in critical but stable condition Monday after undergoing surgery.

"It was a house, just at random...That part's pretty scary because I'm the next driveway. It could've been me," Ulrich said.

And Ulrich wasn't alone in that feeling. The massacre shook the neighborhood.

Neighbor Miguel Rivera said he was awoken around 3:45 a.m. Sunday by somebody banging on his door. Just minutes later, he began hearing gunfire. He believes the person at his door may have been Riley and shared that with investigators.

He watched in horror from his backyard as law enforcement arrived and the shooting continued.

The only thing separating Rivera's home from where the shooting happened: a single lot. The contractor clearing it spoke with the victims hours before shots rang out.

"They were very kind. Very friendly. The kids were playful," contractor Jeremiah Benson told 10 Tampa Bay. "...My heart sank to my stomach because I can't understand who would do that – something like that to these people."

The adults begged for their lives before Riley killed them, Sheriff Judd said.

Judd described the accused gunman as a "survivalist" who was "ready for battle" and had a truck packed with first aid kits. In an interview, detectives say Riley told them "God" told him to attack.

The family dog was also killed in the attack. The dog happened to be named after K-9 Diogi, a Polk County Sheriff’s Office K-9 killed with his handler, Deputy Matt Williams, in 2006.