'A cold, calculated murderer': No bond for ex-Marine accused of killing 4, judge rules

The man who deputies say shot and killed four people and injured an 11-year-old girl appeared in court Monday morning. 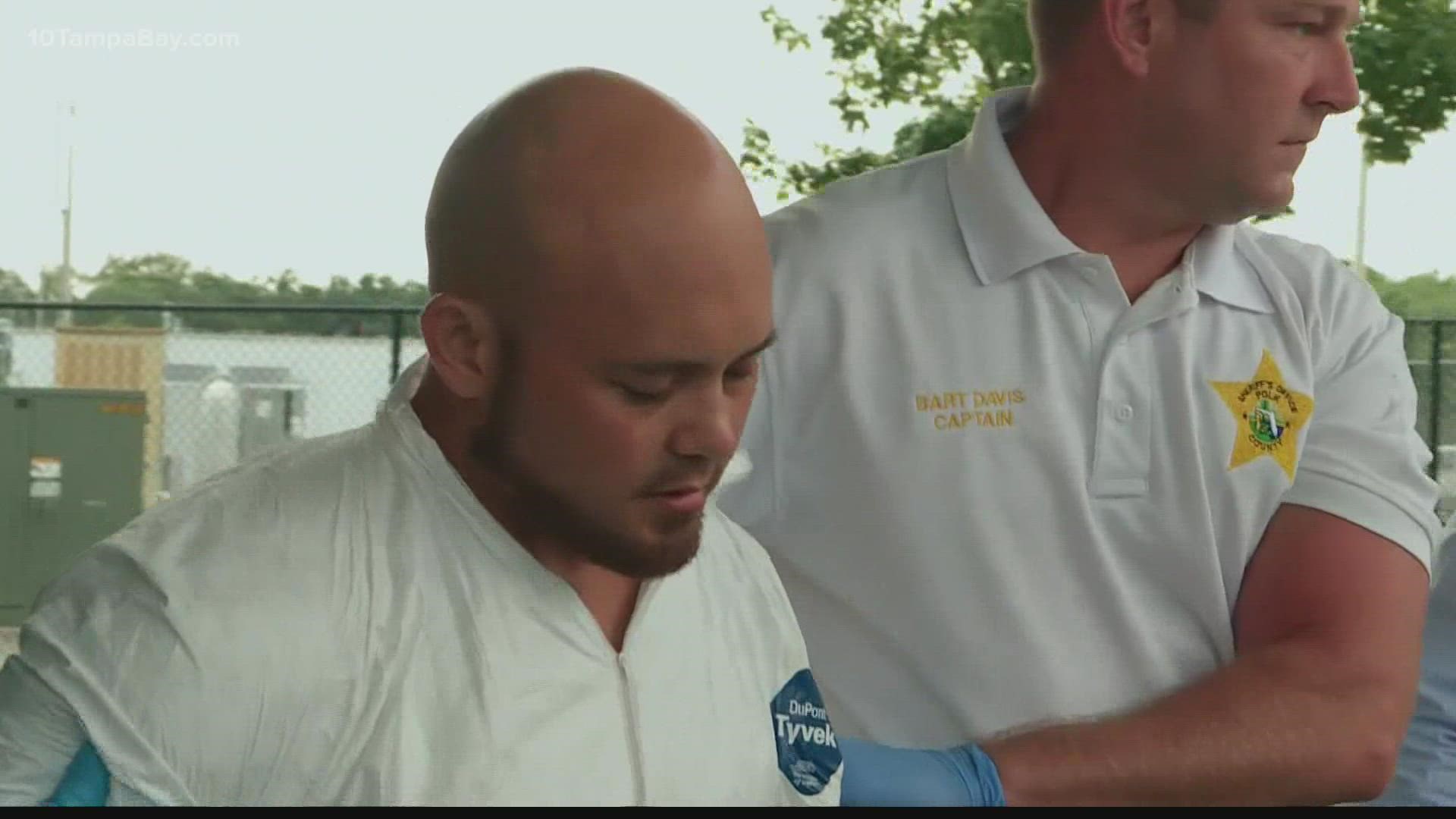 LAKELAND, Fla. — The ex-Marine said to be behind a massacre in Lakeland will remain behind bars after a judge Monday morning denied bond to 33-year-old Bryan Riley.

Riley asked for his own lawyer and will be assigned a public defender until he gets one.

He's accused of shooting and killing four people, including a 3-month-old baby. An 11-year-old girl was also shot. As of Monday morning, she's in critical but stable condition, a detective told 10 Tampa Bay.

Investigators say Riley was a Marine for four years before being honorably discharged and spending three years in the Reserves. He did tours in Iraq and Afghanistan and was a sharpshooter. Riley also admitted to taking meth, according to law enforcement.

In Sheriff Grady Judd's words: "He was a decorated military veteran. And this morning, he's a cold, calculated murderer."

He also described Riley as a "survivalist" and said his truck had first aid kits.

“He was ready for battle,” Judd said. “I can tell you there were at least dozens if not hundreds of rounds fired this morning between our suspect and our deputies who were directing fire back at him to try to stop him from shooting at us."

Riley lives in Brandon and doesn't appear to have ties to the Lakeland area neighborhood where the shooting took place, according to investigators. Early indications are he had "zero connection" to the people killed, Judd said.

“Who in the world would ever expect to have an active shooter in a neighborhood at 4:30 on a Sunday morning?” the sheriff added.