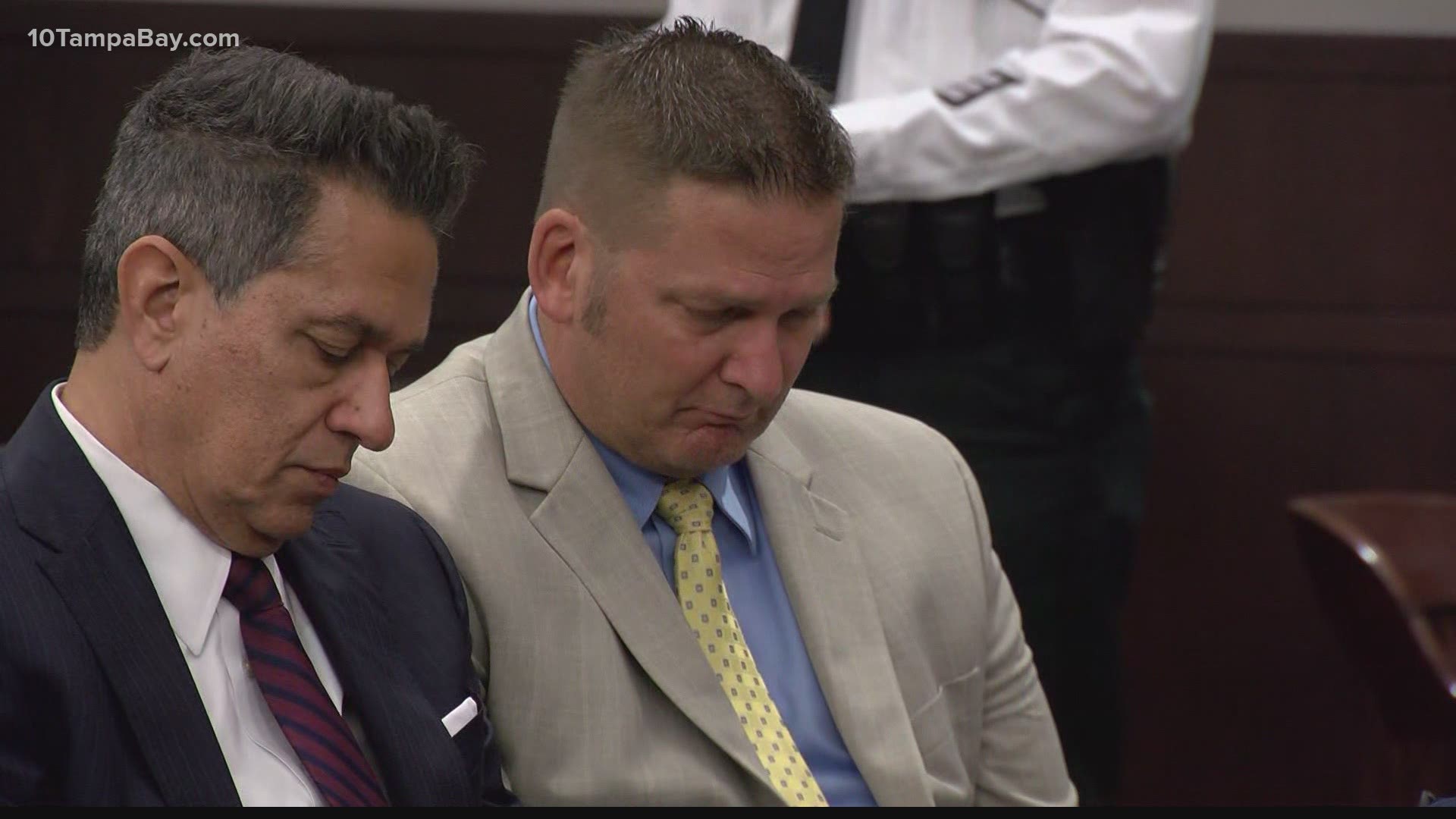 Thereafter, the judge ordered Mark Ackett to be on sex offender probation for the rest of his life.

The 52-year-old earlier pleaded guilty to 324 counts of video voyeurism. His plea was an "open plea," which left his sentence at the court's discretion based on the facts and what the state is seeking, among other things.

"This is a difficult case," Judge Laura Ward said. "No one here wins today."

In 2018, Ackett was a fashion design teacher at Bloomingdale Senior High when he placed cameras in a changing room to record students. According to court documents, he had been doing it for nearly two years.

A student is said to have found two cell phones with cameras concealed in boxes while using a private changing room in the fashion design classroom.

"He got what he deserves—an appropriate, lengthy sentence for victimizing our children," State Attorney Andrew Warren tweeted following sentencing. "The packed courtroom showed the scale of the damage he did to our community, now our focus returns to supporting these victims as they try to move forward with their lives."

School officials were notified after the cameras were found. Ackett was detained by deputies, along with cameras, phones and memory devices, as well as CDs, DVDs, two laptops and a tablet.

In total, the State Attorney's Office says 125 students and one employee were recorded by Ackett in that school changing room.

An attorney for the Hillsborough County State Attorney's Office said during an earlier hearing, the maximum exposure for Ackett's plea was life in prison.