The now 11-year-old son of Ronnie Oneal tells the jury what he remembers from the evening of March 18, 2018. 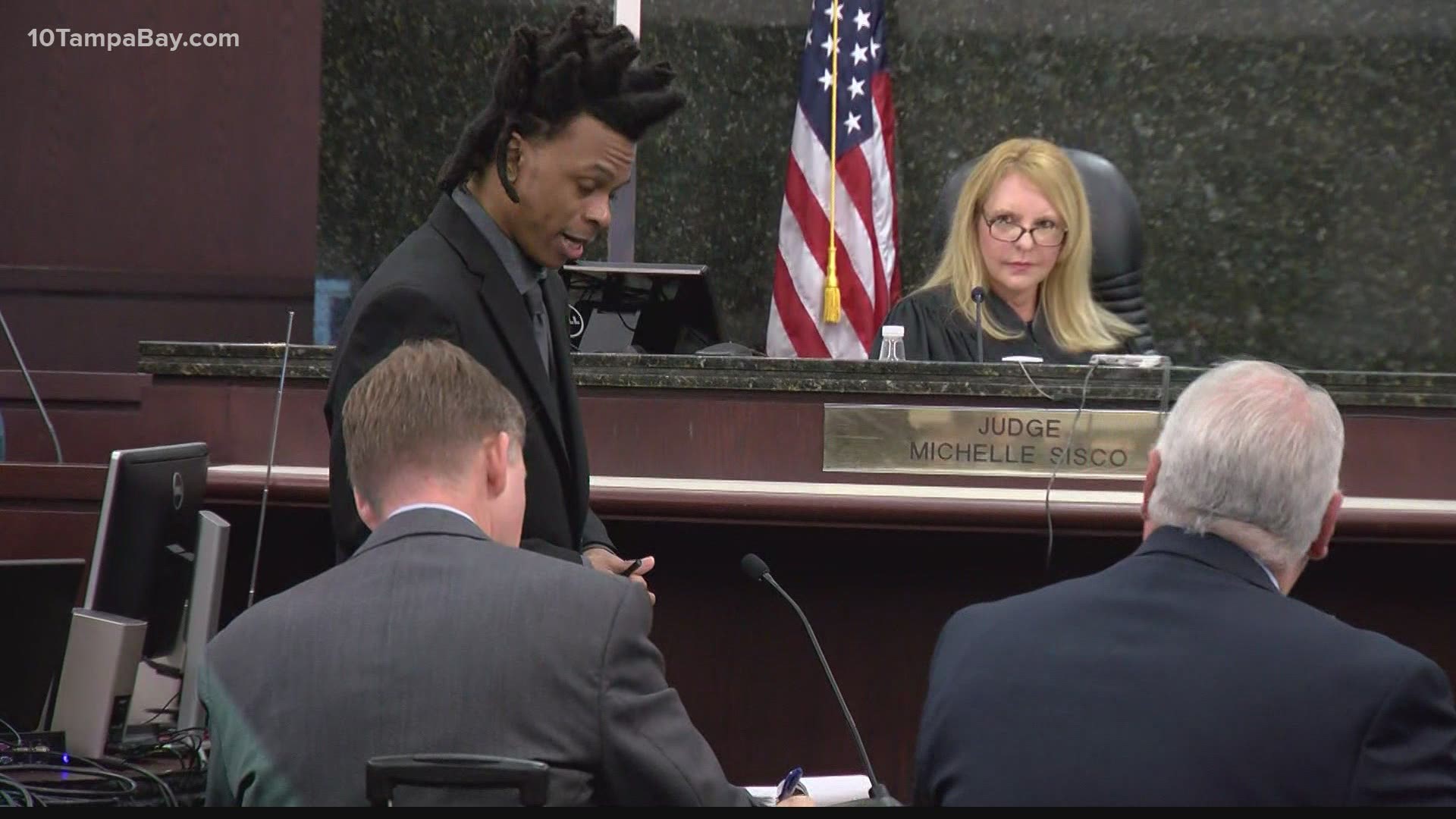 TAMPA, Fla — The now 11-year-old son of Ronnie Oneal III tells the jury what he remembers from the evening of March 18th, 2018.

It's the night Oneal, of Riverview, is accused of gunning down the boy's mother with a 12-gage shotgun and, according to testimony, even trying to recruit his son to help.

“My dad said come in here and come kill this ‘B word,’ and then I went in the room and he handed me a shotgun and help me shoot it,” said Oneal’s son, who 10 Tampa Bay is not identifying under his new name.

Oneal's son recalls his mother running out of the house, telling the jury he never saw his father fire the deadly shot.

“I just saw her she was like stumbling outside and then I just saw my dad chase her,” said Oneal’s son.

From there, prosecutors allege Oneal next turned his attack on his own two children.

“Did he do something to your sister,” the prosecutor asked.

“Yes he hit her with an axe in the head and then in the back and then the head. I saw her eyes roll and there was blood everywhere,” the child said.

Oneal's son, who investigators say was stabbed multiple times and set on fire, next recalled what happened to him.

“I was laying on my stomach. He had his foot on top of me, and he was holding me down and he was lighting a match,” he said.

Then came the emotional moment when Oneal for cross examination came face-to-face with his son for the first time since the attack.

Oneal got to work trying to show inconsistencies in his son's previous testimony about his mother's shooting…pointing out he might be an unreliable witness due PTSD.

“You said I heard it and saw it.  Did you do you remember saying that to her,” Oneal asked.

Judge Michelle Sisco ultimately offered up an assessment of Oneal in court.

“I just want to note that for the record that Mr. Oneal appeared to be in command of the facts and to the points that he was trying to get across and I feel that he did so competently," Sisco said.

While that might have sounded like just a compliment, the judge seemed very intentional about putting that into the record, a possible factor should his competence to stand trial be questioned later in the case.

Kevin Hayslett, a criminal defense attorney with over 30 years of experience, explained, "So that if an appellate court looks at this, they'll say, 'Ah, I see, not only did the judge make a finding that he was okay to represent himself. She made further findings during the trial to ensure, ensure that there's a good record that he was doing so competently and intelligently.'"