The plan will also "provide a roadmap to make Florida's standards number one in the nation." 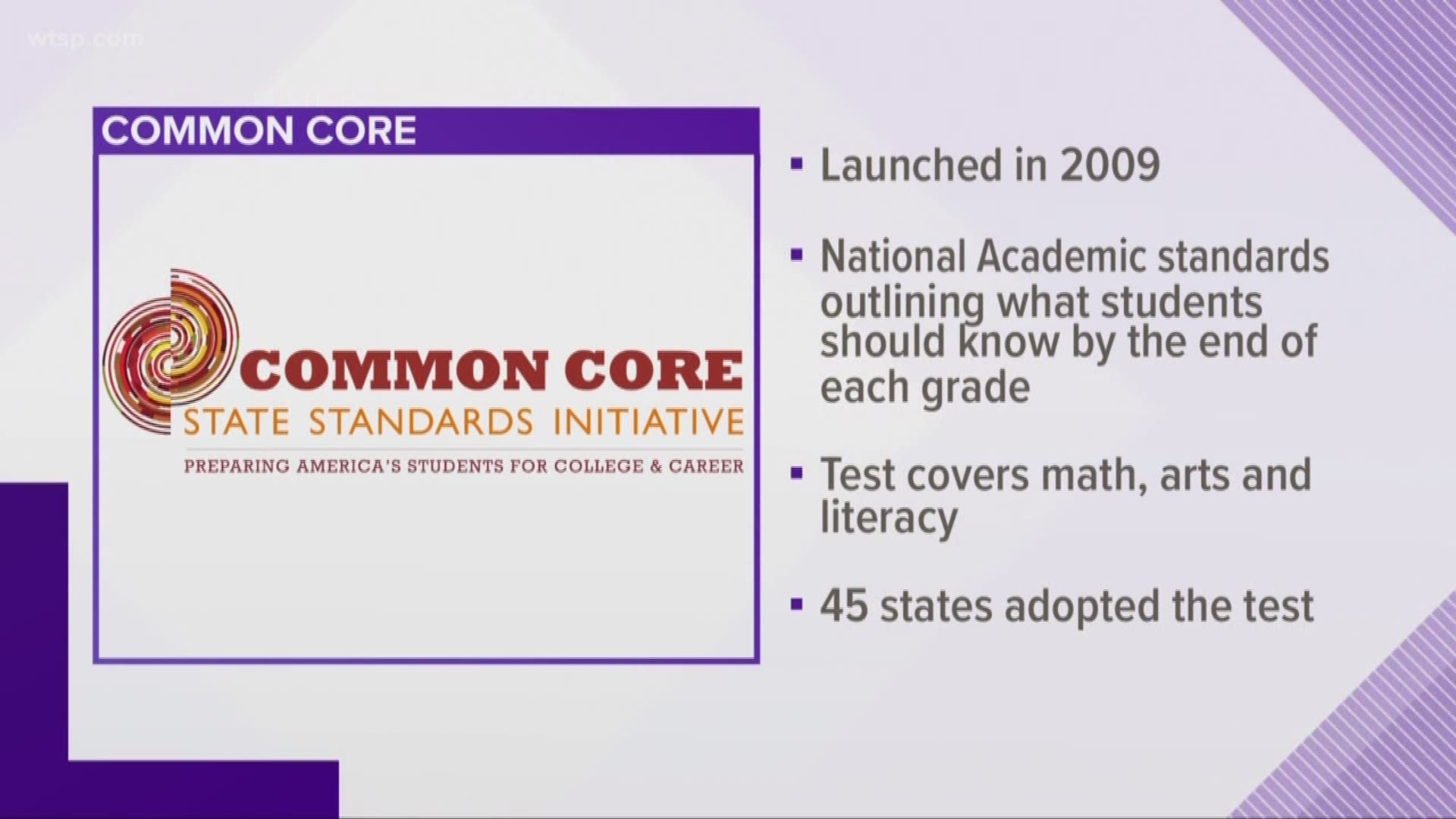 Florida's education commissioner has until Jan. 1, 2020, to plan how the state will stop using Common Core standards.

On Jan. 31, Gov. Ron DeSantis issued an executive order to end the use of Common Core standards in Florida.

According to the order, Education Commissioner Richard Corcoran will have a plan in place by Jan. 1, telling "how Florida will eliminate Common Core (Florida Standards) and ensure we return to the basics of reading, writing and arithmetic."

The plan will also "provide a roadmap to make Florida's standards number one in the nation" and "outline a pathway for Florida to be the most literate state in the nation," according to the order.

A Department of Education spokeswoman said Thursday the process "will include gathering input from Florida’s educators, parents and all other interested stakeholders, as required by the executive order."

Common Core is a set of educational standards for how subjects like English and math should be taught in schools.

Supporters argue the Common Core creates clear college and career-ready standards for students, whereas opponents argue it encourages educators to "teach to the test," discriminates against children in lower socio-economic parts of the country and complicates learning because it doesn't feel like it was developed by teachers who understand what day-to-day life is like in the classroom.