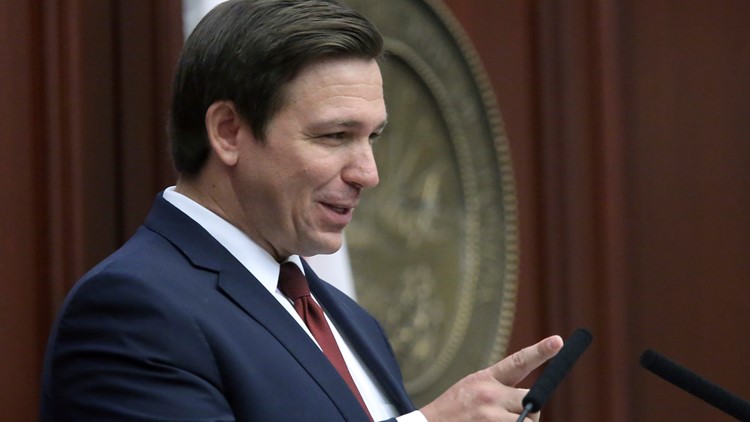 Last month, the governor announced an executive order to eliminate the controversial standards in Florida schools. To replace them, the Department of Education is proposing new standards for English and math.

Education Commissioner Richard Corcoran is recommending the State Board of Education meet to formally adopt the new proposed standards -- which are called Benchmarks for Excellent Student Thinking or B.E.S.T.

DeSantis described the new benchmarks as clear and concise expectations that will allow students to achieve their greatest potential.

"Florida’s B.E.S.T. Standards were made by Florida teachers for Florida students, and I know they will be a model for the rest of the nation," he said.

Corcoran said Florida is completely removing itself from the "confines" of the Common Core.

What is Common Core?

The Common Core is a set of educational standards for how subjects like English and math should be taught in schools.

It was launched in 2009, and states began implementing the standards in 2010. By December 2013, 45 states had adopted similar standards in English literacy and math. Only 41 states still use the system.

Supporters argue Common Core creates clear college and career-ready standards for students, whereas opponents argue it encourages educators to "teach to the test," discriminates against children in lower socio-economic parts of the country and complicates learning because it doesn't feel like it was developed by teachers who understand what day-to-day life is like in the classroom.

What are parents and educators saying?

DeSantis says while he was on the campaign trail, he consistently heard from parents who complained about certain aspects of Common Core.

Some parents told him the system isn’t flexible enough, he said. Others felt like some teachers were more concerned about test scores than they are about kids actually learning.