To fully reopen, growing teacher shortage must be addressed by Legislature, union says 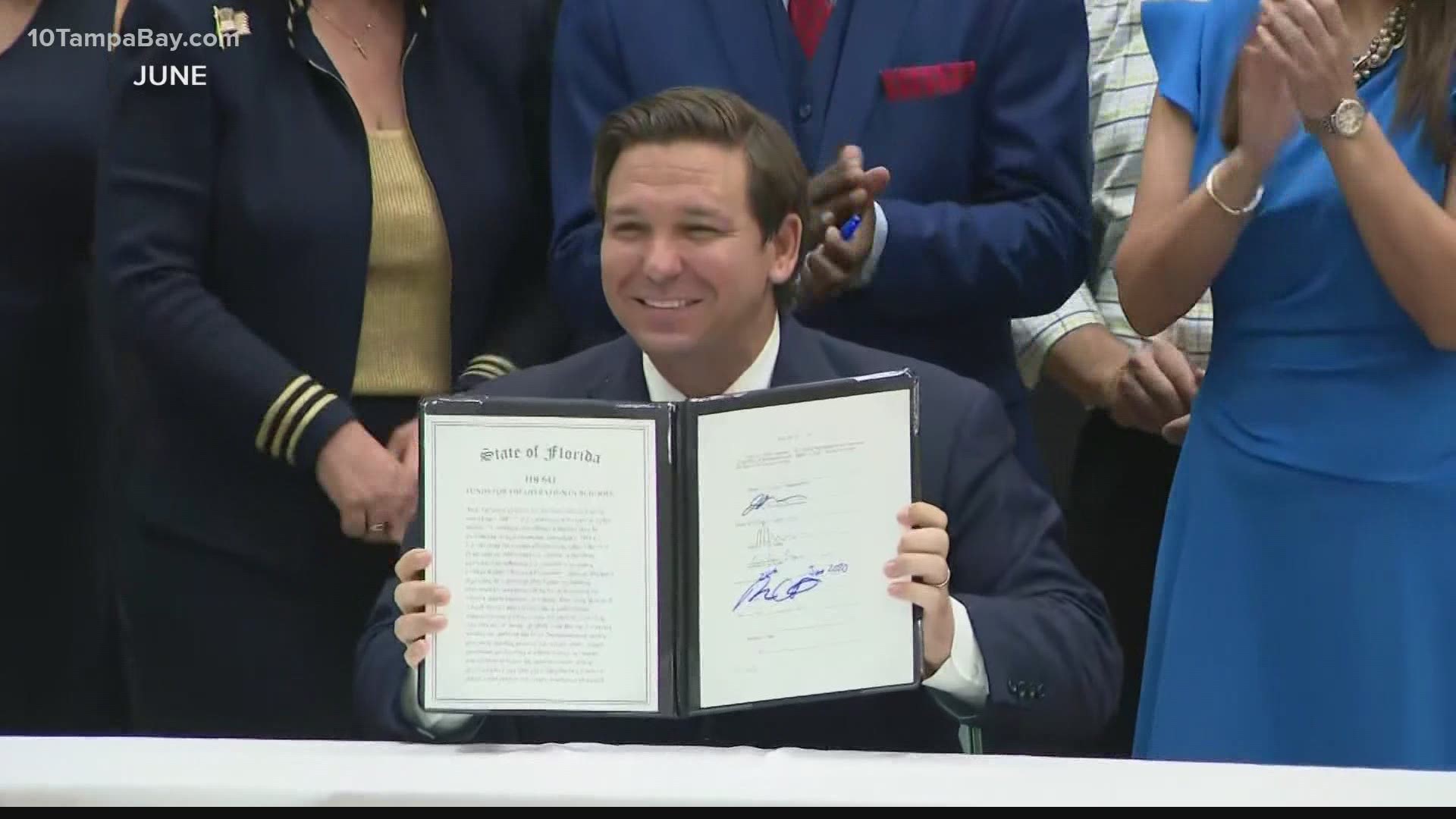 It tops the list of legislative priorities for the state’s largest public teachers union. President Andrew Spar says state lawmakers should be doing whatever they can to protect resources for schools.

It was during this same week last year families were learning spring break would be extended as the COVID-19 pandemic intensified. Florida's schools remained closed—fully virtual—until August. Since then, districts have offered the option for students to either attend in-person or virtually.

The FEA says the number of students attending in person has risen from about 50 percent in the fall to more than 80 percent currently. But most districts have been hemorrhaging staff over the past year, too.

“We are facing a critical shortage, we’d been facing it before the pandemic and it’s only gotten worse,” Spar said.

Brandy Craven knows the issue first-hand. At one point this school year, the Pinellas County teacher says she had 45 4th graders in her virtual classroom.

“They couldn’t hire another 4th-grade teacher to split the online students so the only other option was to overtax the teachers who already had students,” she said.

“It’s not physically possible so something falls short and it’s the kids education.”

Craven said the issue has snowballed beyond staff to substitutes, too. If a teacher has to call out sick, she says other support staff are being pulled in to help, in addition to regular duties.

“So they’re pulling our interventionists—people like our ELL teachers and our Title I teachers,” she said. “We can’t magic people there without paychecks.”

RELATED: A look at a potential timeline for kids to get a coronavirus vaccine

Last summer, Gov. Ron DeSantis signed a bill to raise the state’s base pay for teachers to $47,500 a year. His budget proposal for this year includes roughly $12.9 billion for K-12 education. But what lawmakers ultimately choose to focus on in their brief session remains to be seen.

“You’ve heard the governor say the economy has come back a little better than most people thought it would at this point and that’s largely because our public schools have been open,” Spar said. “So if you draw that conclusion then we should be supporting our public schools.”

Among some of the education-related bills lawmakers have introduced so far, one would mandate moments of silence in public schools. Another would turn the state's scholarship fund into educational savings accounts that would let families use it to pay for private tutoring or schooling. There's also a proposal critics say would add hoops to jump through for a teacher to join a union.