Part of the problem in the district is a major deficit in part due to less state funding and more than 7,300 students unaccounted for during the pandemic. 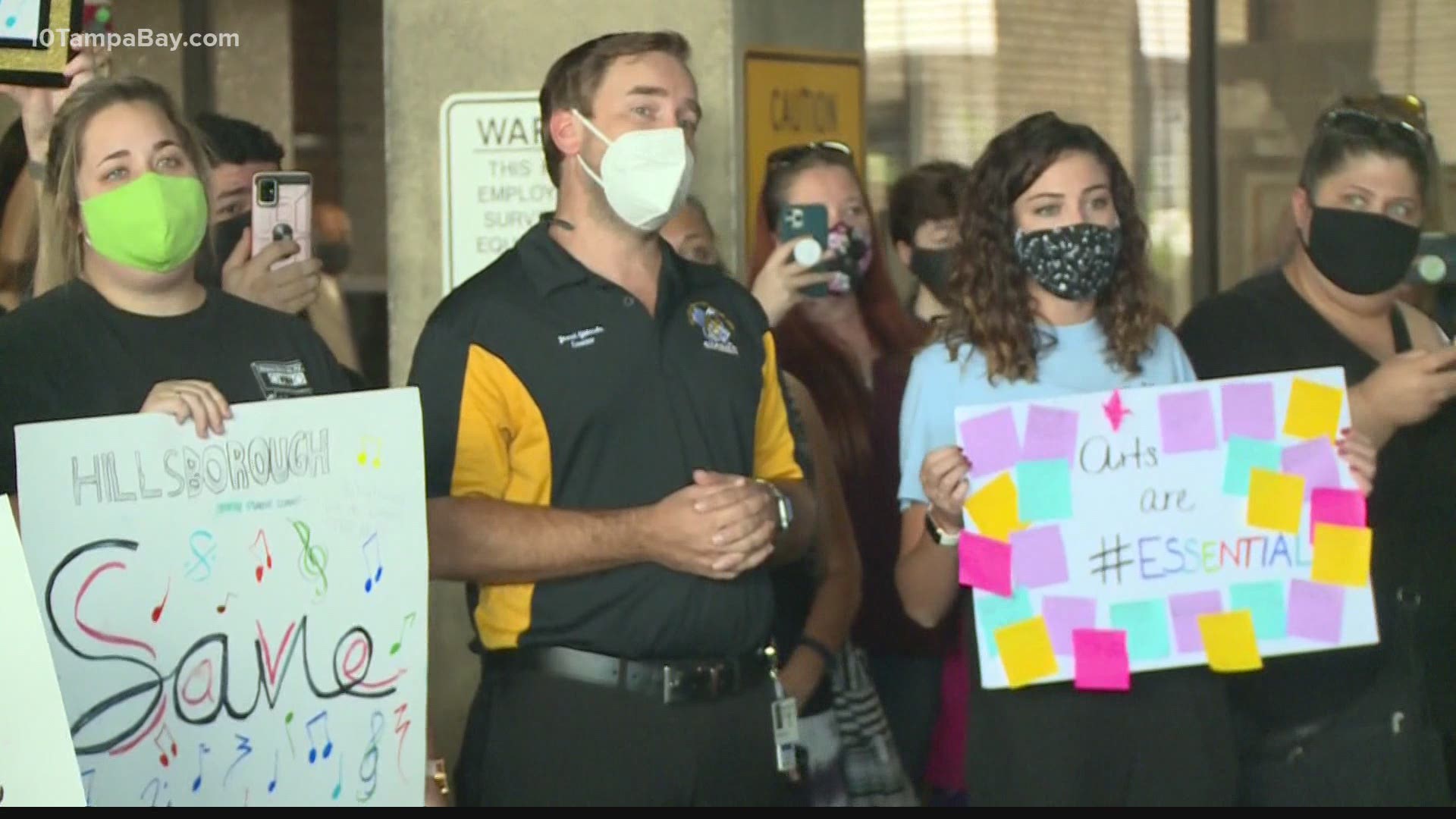 TAMPA, Fla. — As students in Hillsborough County Schools held a melodic demonstration outside of the district’s headquarters in downtown Tampa, a fierce fight to save the arts continued inside.

"By cutting chorus and other art programs around the county, you are not just affecting one group of students, you are affecting a family, a community and future students from finding a place where they belong,” student Kyla Atchison said.

As the district faces a multi-million dollar budget deficit, parents, students and teachers fear the worst.

"If you cared about the teacher and the students, and by now it's obvious to anybody you don't, the first thing on the chopping block should be your salaries and that of the superintendent,” said Shelton Bridges during public comment.

Part of the problem in the district is a major deficit in part due to less state funding and more than 7,300 students unaccounted for amid the pandemic. That could mean a loss of more than $56 million dollars.

“There are difficult decisions that need to be made, and I think it's important that all of us realize that at this point, doing nothing is not an option,” board member Steve Cona said.

Superintendent Addison Davis laid out a plan to save nearly $72 million through cuts. Some of the trimmings started in the spring with more than $7.5 million in non-classroom positions.

"We are in no way, shape or form ever going to eliminate, reduce remove any art, music, PE programs or accelerated programs in within our school district,” Davis said.

But parents are still worried.

"When you...cut teachers without cutting programs, which is what the district is saying that they're going to do, then you have teachers that aren't...experts in their field working in those areas,” parent Damaris Allen said. "It's just frustrating that it feels like a never-ending battle for public education, which is really the cornerstone of our democracy."

School board members say it's important to realize any cuts that do happen will not be all at once but more likely over a period of a couple of years.