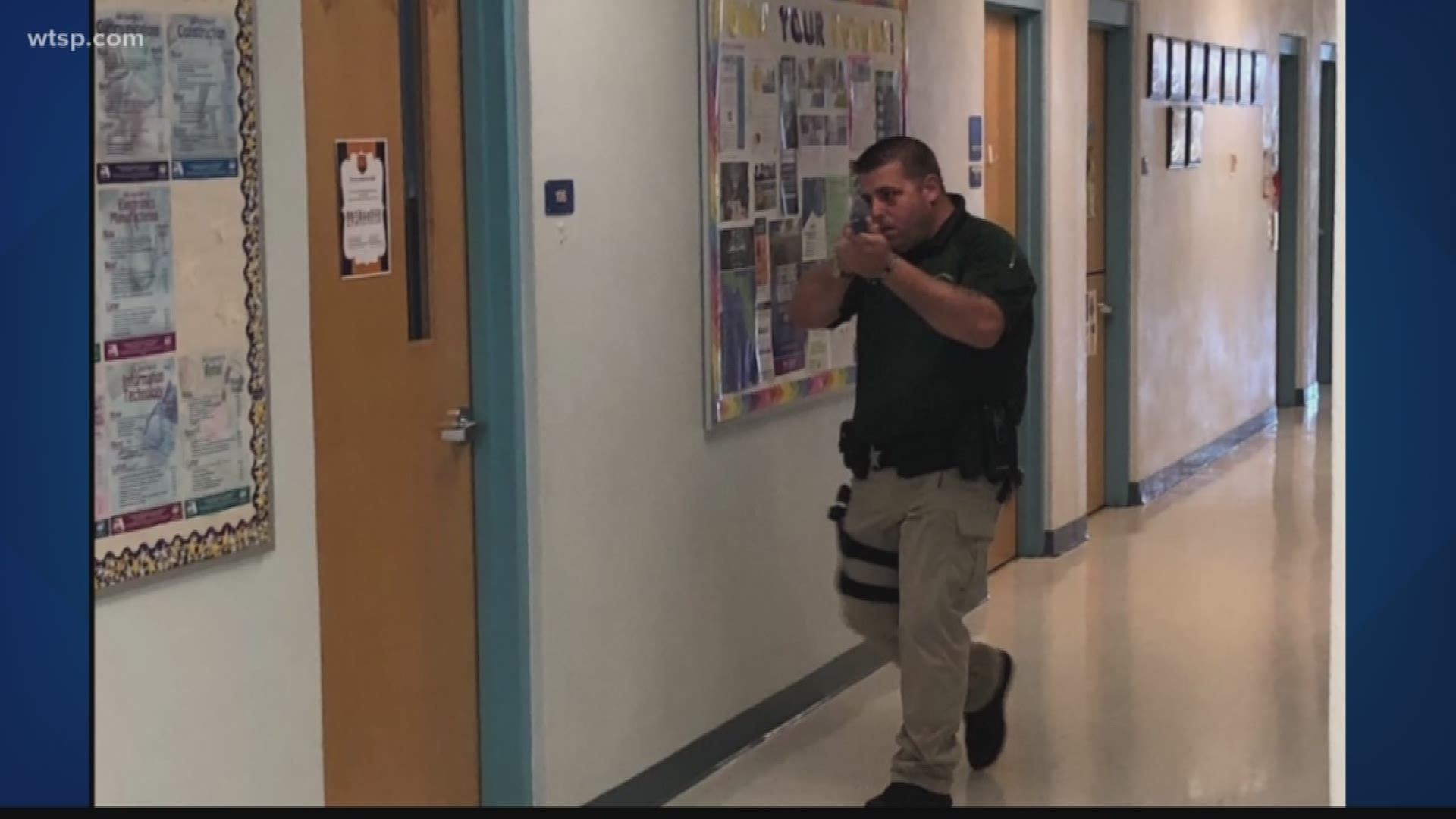 The new legislation has some school district leaders wondering if it will impact funding if they opt out what will it do to teacher recruitment.

“I want to be able to tell every parent in Manatee County we have done everything humanly possible and financially feasible to protect their child in our care,” said Scott Hopes, Manatee County School Board member.

RELATED: Governor signs bill that would let teachers be armed in class

And while Hopes says the district is on that path, it’s not there yet. The board voted against arming teachers, while Hopes voted for it because he sees a need for more armed security on school campuses.

“I want to know from the sheriff and police chiefs what do we need on our campuses to prevent a child or staff from getting shot should someone get in a building with a gun. I want to know, and our job is to provide that armed coverage,” Hopes said.

Teachers and school staff can go through active shooter training, and while that may help, Hopes says it’s not enough. His biggest concern is the high schools like the new one opening in Parrish in August.

"Nineteen separate buildings spread over 90 acres … I don’t believe two people with a gun -- a guardian and a sheriff’s deputy -- are enough to tell a parent of a high school student going to Parrish Community High School that if someone gets into one of the buildings we can protect their child,” Hopes explained.

He doesn’t want teachers carrying guns, he says. The district should add more armed guardians, he adds, but it’s not cheap.

Hopes explains, “There’s going to be a price tag. The community will have to come together with us. The state hasn’t really funded it because no one really knows the total cost is going to be to implement the recommendations of the commission and the legislation.”

“That’s a win-win. We’re able to provide armed coverage without using existing staff doing double-duty I think we will be marketable …s omeone will look at the district and say Manatee County has done it right.”

Hopes says a future school board one day may overturn the 3-2 vote not to arm teachers. But by not opting to use this option, school districts will not lose funding. Arming teachers falls under the guardian program funded by the state.