"The agreement, as it stands, gives law enforcement a lot of discretion,” said Michaele Turnage Young, an attorney for the NAACP Legal Defense Fund. 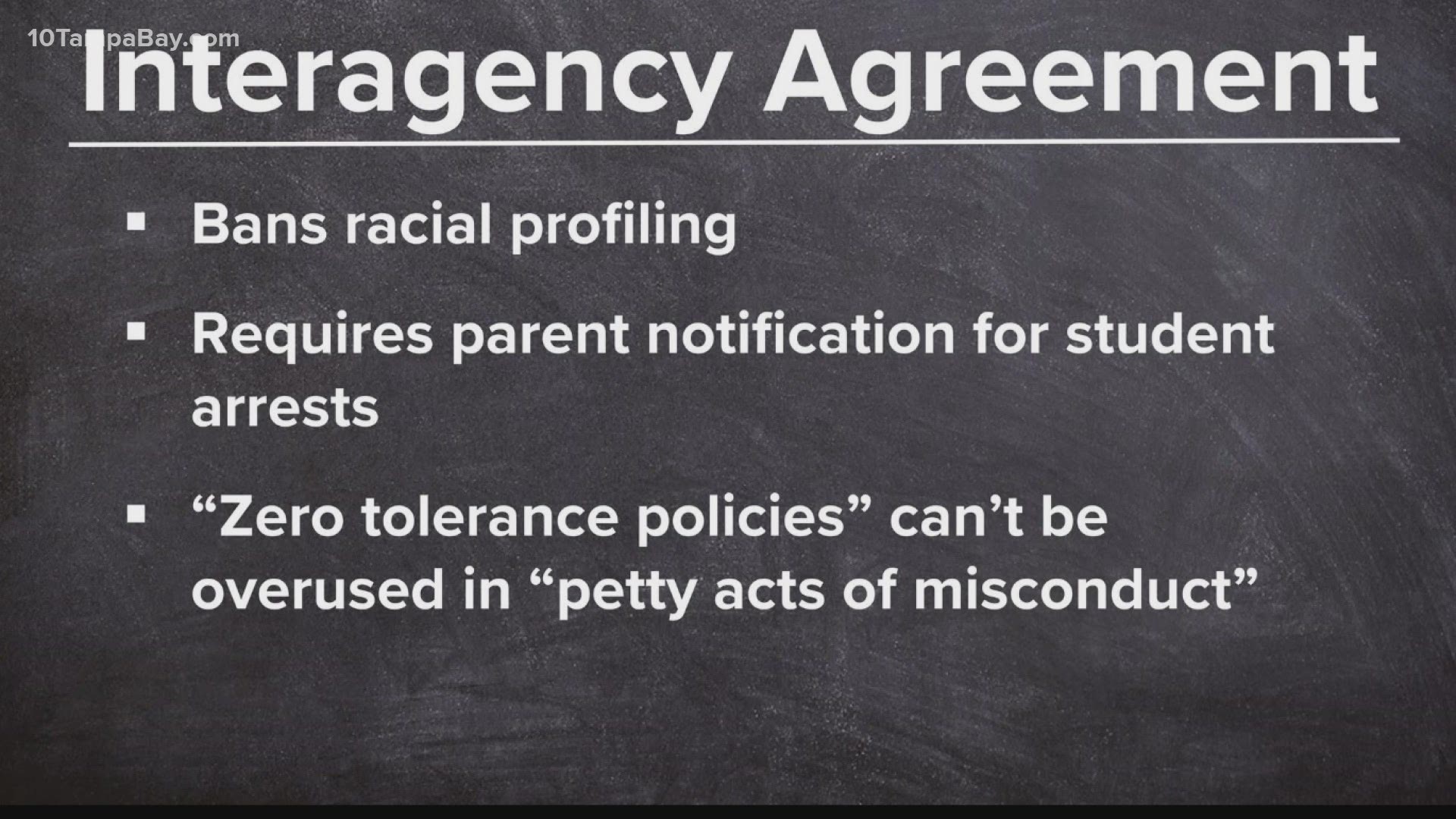 CLEARWATER, Fla. — Schools should be a safe place for children to learn and grow, but some parents and community groups are outraged at a proposal they say gives too much power to law enforcement dealing with school children in Pinellas County.

"The agreement, as it stands, gives law enforcement a lot of discretion,” said Michaele Turnage Young, an attorney for the NAACP Legal Defense Fund.

It also touches on law enforcement's power to arrest, interrogate and use force on children.

Community leaders with the local NAACP and a number of other organizations requested more specific language to balance public safety with the need to make sure students are not unnecessarily criminalized.

The district held community meetings for feedback on an earlier draft of the interagency agreement, but leaders say they were not given enough opportunity to weigh in on the most recent draft as before it heads to the school board for consideration Tuesday.

"I feel insulted that we were not given the opportunity to re-examine the contract,” said Eliseo Santana, president of the local League of United Latin American Citizens. "Children of color, like my grandchildren are statistically more likely to get into trouble, and have their futures ruined..."

Attorneys say the newest draft is an improvement because it explicitly bans racial profiling, requires parent notification for student arrests and says "zero tolerance policies" can't be overused in "petty acts of misconduct."

However, attorneys still say it doesn't go far enough. In fact, attorneys say law enforcement has quietly worked with the district to veto some of the community's requests since an earlier draft.

This includes a request to only using arrests, questioning and use-of-force as a last resort. They say it also rejects requests to clearly define when law enforcement should get involved with student misconduct.

“Turning police into the school disciplinary can increase the student anxiety, it creates alienation, distrust, it diminishes students faith in the legitimacy of the authority of school staff, and it can trigger rather than prevent misbehavior,” Turnage Young said.