Fort Myers, Tampa, Orlando and Miami are among the top 10 U.S. travel destinations for the holiday. 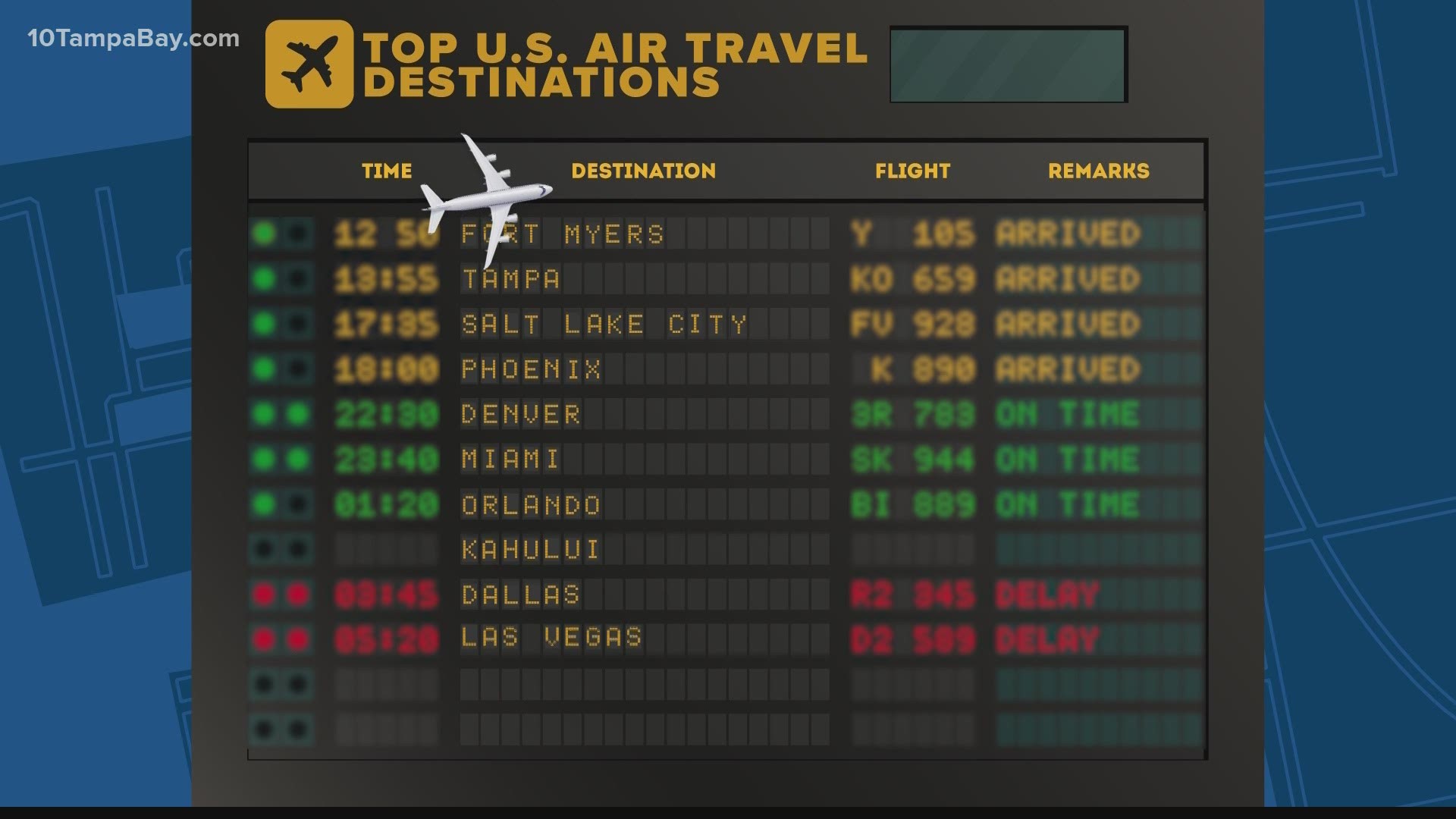 TAMPA, Fla. — Despite travel warnings, people are on the move this Thanksgiving.

Tampa International Airport just recorded its busiest day since March, according to airport officials, who say nearly 40,000 passengers passed through on Sunday. That’s roughly half of the traffic seen this same time last year.

As COVID cases climb in Florida, the state leads the list of top Thanksgiving destinations for air travel in the U.S.

Fort Myers tops the list compiled by travel analytics firm ForwardKeys, followed by Tampa. Orlando and Miami round out the Top 10.

“With the increased travel into Florida we can expect to see some community spread, it’s just a natural thing,” said University of South Florida’s Dr. Jay Wolfson.

Wolfson says it’s a similar situation to the Memorial Day holiday weekend in May when Florida was a top destination. But unlike then, Florida is now fully reopened and data shows COVID cases have tripled since restrictions were lifted in September.

“There’s already predictions that we’re going to have as many as 15,000 cases a day in Tampa Bay by the second week of January,” Wolfson said. “If we’re sloppy and reckless over the next three weeks we can actually push it up even more, we don’t want to do that.”

While governors from Georgia to New York warn people to stay vigilant – and stay put, if possible – for the holiday, Gov. Ron DeSantis is staying silent. Tuesday marked 20 days since he last held a news conference.

St. Petersburg Mayor Rick Kriseman, who joined other Florida mayors last week in calling on the governor to act, says “all options are on the table” as cases continue to increase along with hospitalizations.

The traveling itself – whether by plane or car – isn’t the risky part, Wolfson said. It’s what happens before and after that poses the greatest risk, like being in the terminal, stopping at gas stations or to use the restroom, and ultimately spending time with several other people once you reach your destination.

“Some of the details have changed because we’ve learned more about how the virus behaves… but the fundamentals haven’t changed,” he said. “It’s really up to us to exercise personal responsibility, respect for ourselves and others and common sense.”