Widespread testing will help identify what parts of the state are struggling to contain the virus. 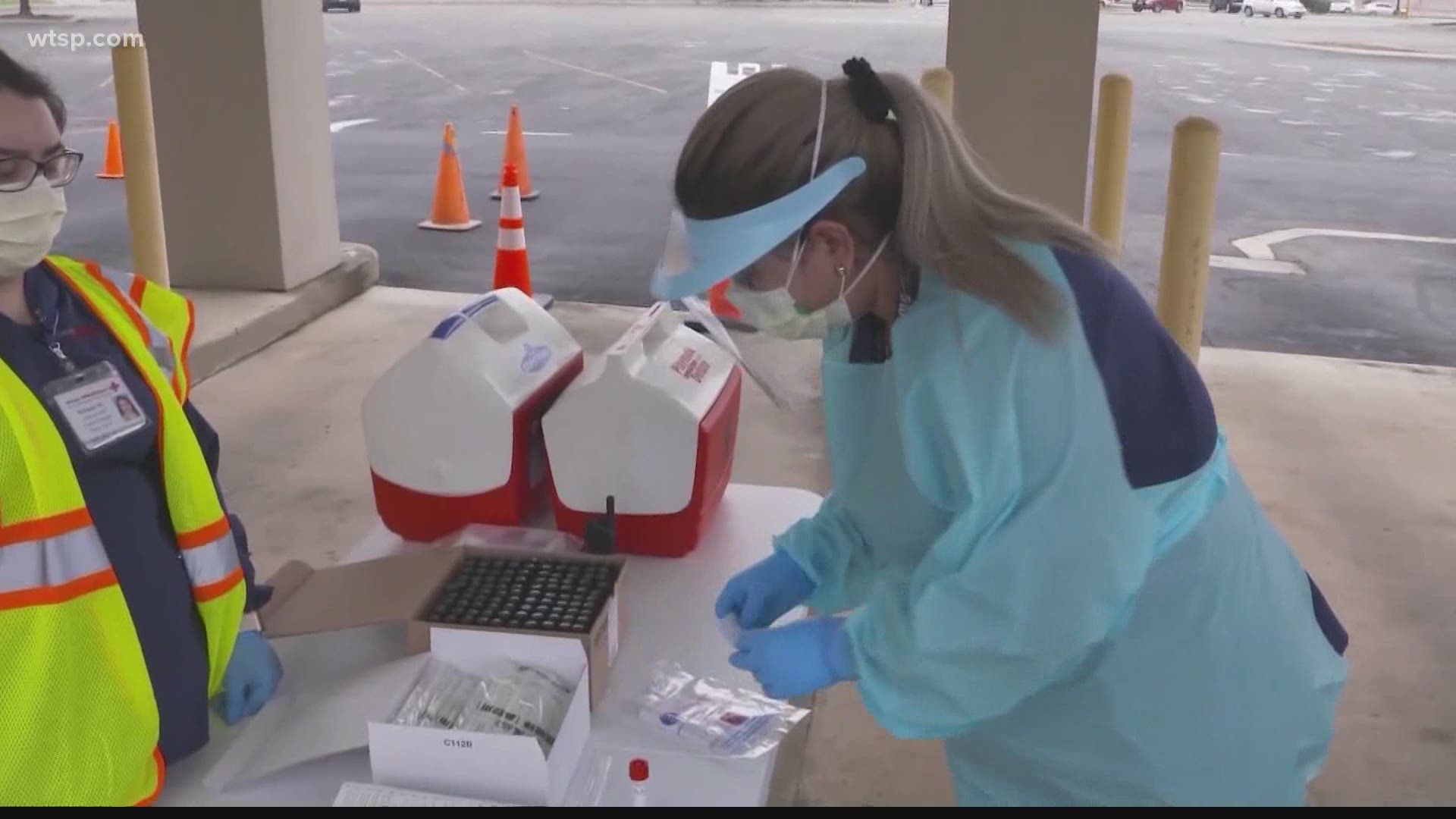 TAMPA, Fla. — As coronavirus cases continue to climb in states across the country, the confusion over how much testing should be done continues.

"I said to my people, 'Slow the testing down please,'" President Donald Trump said during his rally Saturday in Tulsa, Oklahoma.

Just a few days later, the lead doctor on the White House Coronavirus Task Force said that has not happened.

"None of us have ever been told to slow down on testing --that just is a fact," Dr. Anthony Fauci said Tuesday. "In fact, we will be doing more testing."

Despite all of this, local infectious disease experts say Florida does need to increase its testing dramatically.

The Florida Department of Health keeps track of the coronavirus tests done daily. Their most recent numbers show testing has plateaued, but the percentage of people testing positive has gone up.

"We're watching the numbers go up, which also increases the demand because people are more concerned about whether they have COVID-19 or not. They know the likelihood that they might have been exposed went up," said Dr. Marissa Levine with the University of South Florida Public Health.

Epidemiologists say the state's percentage of people testing positive should stay at 5 percent to successfully flatten the curve. The last time that happened was on June 14.

The state isn't testing enough and doctors say at least 60,000 more tests should be done a day.

"We actually need to do more testing to make sure we're finding as much disease as possible in an effort to try to corral it," Levine said.

She says widespread testing will help identify what parts of the state are struggling to contain the virus since it isn't going away any time soon. Experts are still focused on a vaccine as the best way to end the fight against COVID-19.

"I will say that none of this can be done alone to contain this right now. People have to physical distance wear a face covering and do their hygienic practices because if we don't do all of that, we're going to continue to see this elevation significantly increase," Levine said.