USF doctors say ideally hundreds of thousands more people should be tested per day to get an accurate picture of where the virus is in Florida. 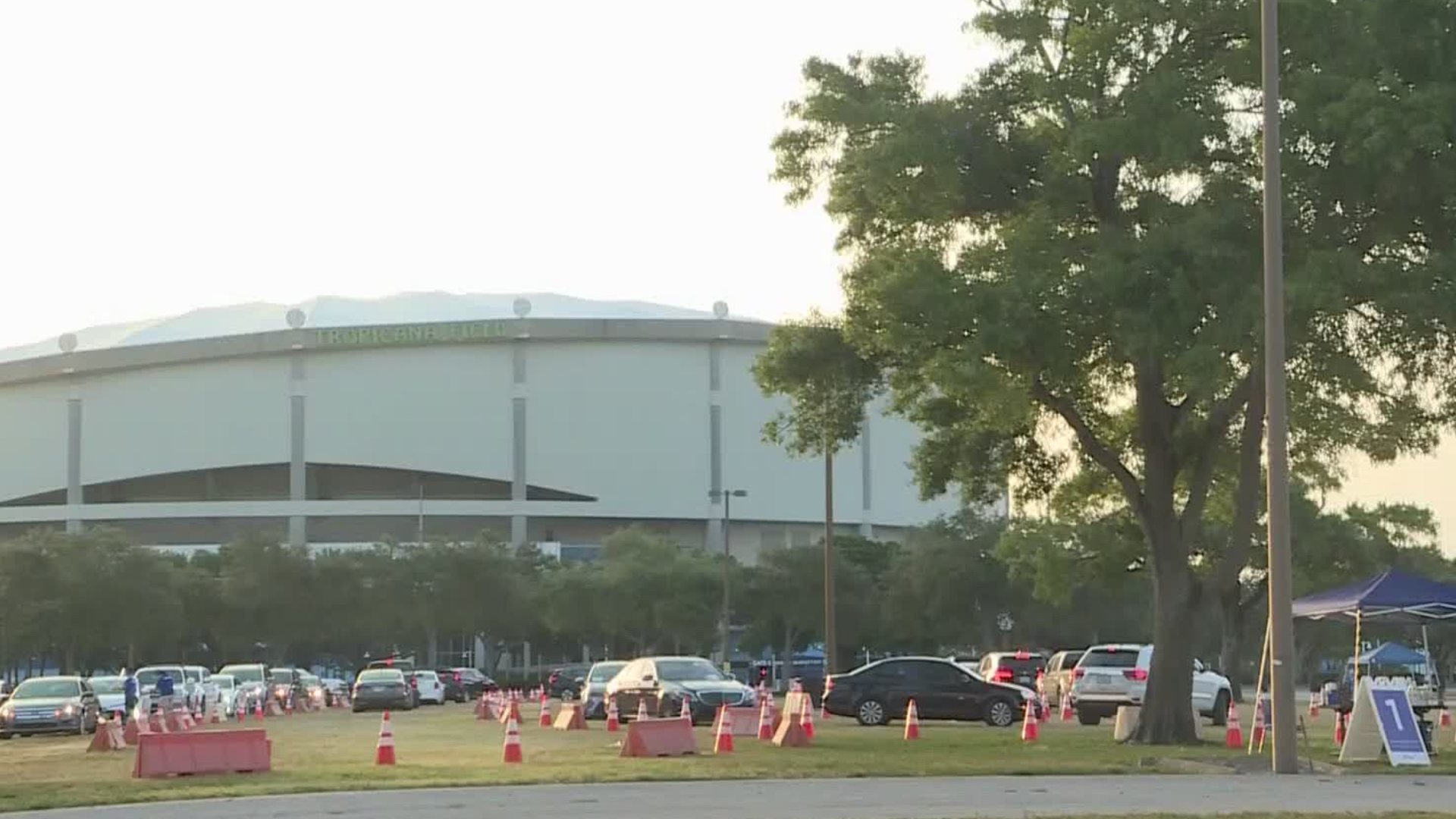 “I think all these places having so many positive cases so quickly, we got back in the same situation that we saw earlier on in the spring, which is where we're running out of testing supplies,” Dr. Jill Roberts with the University of South Florida Public Health said.

As cases surge, counties are concerned they're not testing enough -- and supplies and staffing will run thin.

A brand new drive-thru testing site at Tropicana Field in St. Petersburg closed about an hour after it opened Monday because it already reached capacity.

“The numbers that we showed coming back positive last week are very close to the numbers we test in the county, so I’m getting nervous about a capacity issue,” Hillsborough County Commissioner Kimberly Overman said.

Like many other counties, Hillsborough is trying to ramp up testing. Now the state is stepping in.

“If they need to do more at Raymond James, you know, we're happy to do that,” Gov. Ron DeSantis said in a press conference he held in Tampa last week.

The testing site at Raymond James Stadium will be run by the state and should now have the capacity to test 1,000 more people per day. But Roberts says more needs to be done.

As COVID-19 continues to spread, Roberts says ideally 100,000-200,000 people should be tested per day to get an accurate picture of where the virus is in Florida.

Florida could see a shortage of testing supplies once again while ICU beds across the state continue to fill up.

“We can't take any more cases and that should scare people. We can't let it get to the point where we have gone past our capacity to actually test,” Dr. Roberts said.

RELATED: Ahead of holiday weekend, doctors warn of beach risk