As part of the state's plan to reopen the economy, a business that does not follow the 25-percent capacity rule could face a fine. 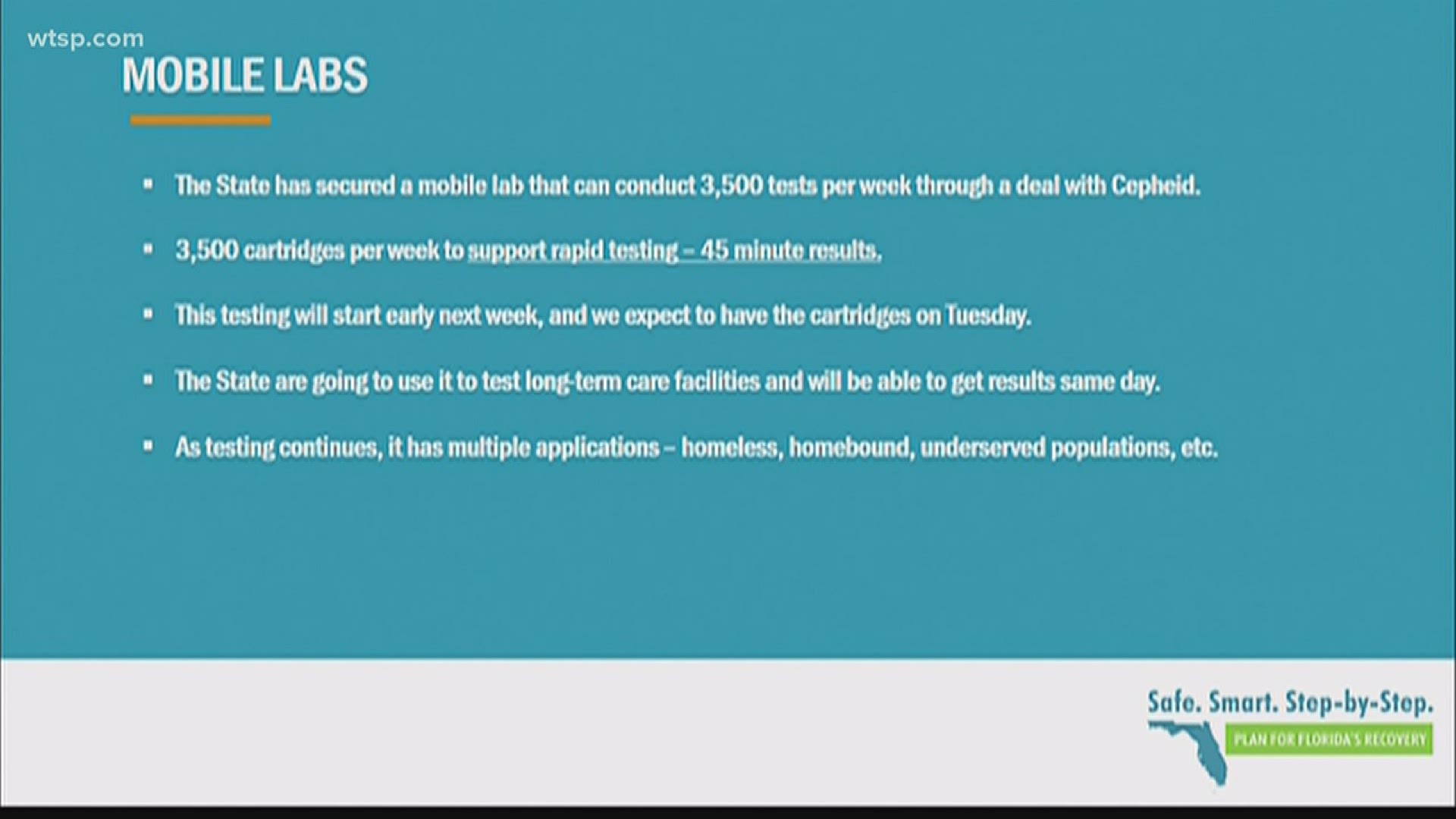 TALLAHASSEE, Fla. — Florida Gov. Ron DeSantis issued a pair of executive orders Wednesday evening seemingly in an effort to provide a smoother transition between the end of the safer at home order and the state's reopening.

Florida's safer at home order, which went into effect on April 3, originally was set to expire late Thursday, April 30. So, too, was the prohibition on vacation rentals.

Both will be extended and now end Monday, May 4.

As those orders end, a new one will go into effect: DeSantis also formally detailed the multi-phased effort to reopen the state's economy, called the "Phase 1: Safe. Smart. Step-by-Step. Plan for Florida’s Recovery." It applies statewide, with the exception of Broward, Miami-Dade and Palm Beach counties where the governor said coronavirus has more severely hit that region.

The governor says the phase one plan also extends orders on airport screening and people needing to isolate after traveling from coronavirus hotspots, such as New York.

Florida, starting Monday, is allowing restaurants to reopen at 25-percent capacity for indoor seating and full outdoor seating. Other retail businesses must also abide by 25-percent capacity. The wearing of face coverings or masks isn't mandated, but DeSantis' order advises people to review the guidelines issued by the Centers for Disease Control and Prevention, which recommends wearing them in public.

Bars, gyms and nightclubs will remain closed. So, too, will personal care services like barbershops, but the state says those with "on-site retail sales may re-open at 25 percent building occupancy."

Business owners who do not follow capacity rules face a second-degree misdemeanor with a fine up to $500.

DeSantis' order allows local governments to issue even stricter orders, like those in South Florida, that are enforceable by law enforcement.

Other items of note include the reopening of medical services, including elective procedures, surgical centers and dental offices. Sporting venues also can operate but not with fans in the stands.

RELATED: Gov. DeSantis says reopening can begin May 4, restaurants can open with restrictions