Emails obtained by 10 Tampa Bay show Commissioner Vanessa Baugh asked for her name and four others to be added to the vaccination list. 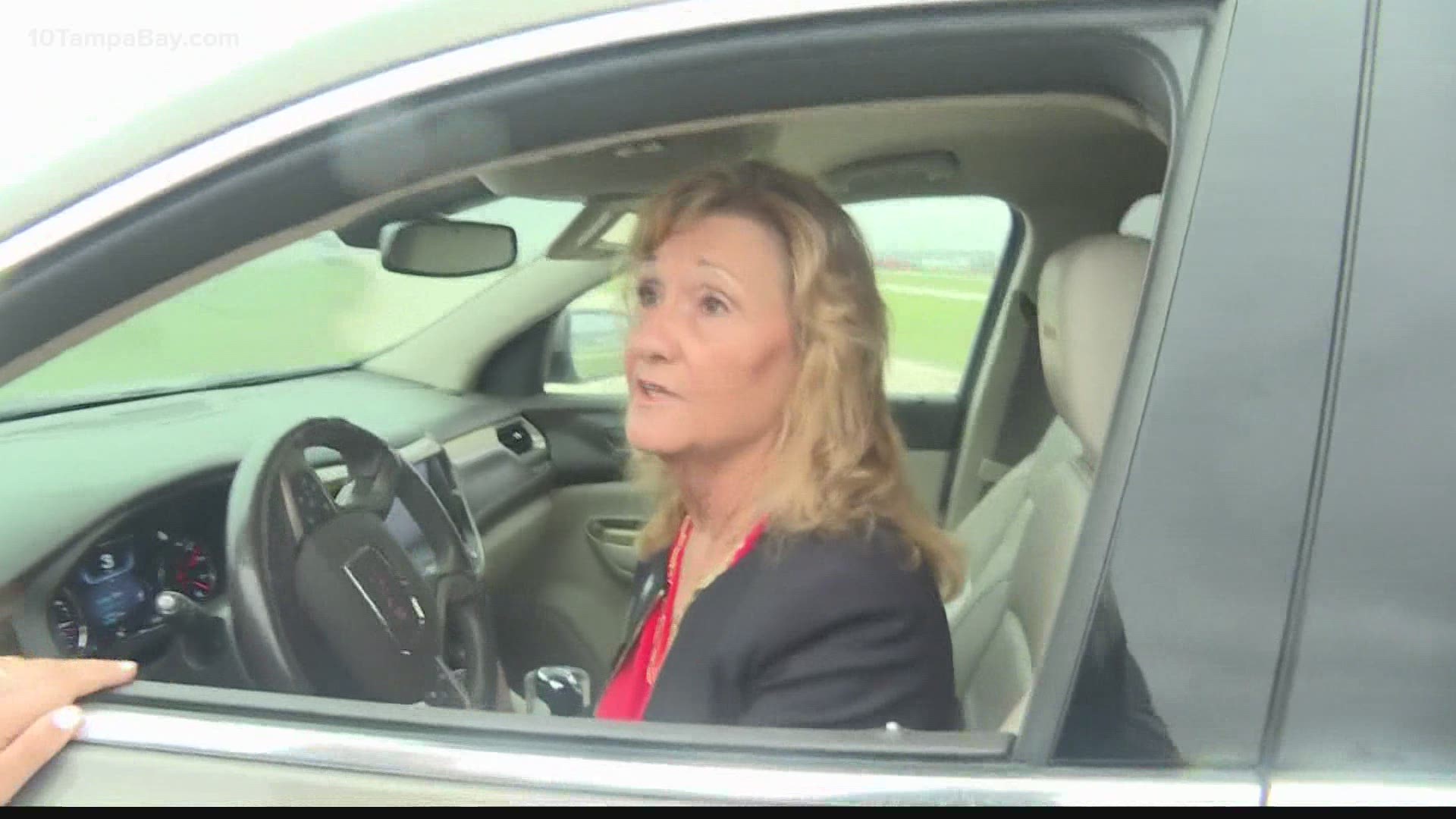 LAKEWOOD RANCH, Fla. — Manatee County Commission Chair Vanessa Baugh and Gov. Ron DeSantis have come under scrutiny this week after a state-run vaccination pod site popped up in one of the area's wealthier neighborhoods – Lakewood Ranch.

During a workshop meeting this week, Baugh told commissioners she chose to give the site's 3,000 vaccine appointments to two neighboring zip codes: 34202 and 34211.

This choice varies from the way the county randomizes vaccine allocation through a lottery system.

"It has nothing to do with Manatee County Commission. This was strictly by Mr. Jensen, the governor with my help," Baugh said at the time.

But emails obtained by 10 Tampa Bay reflect Baugh playing an integral role in the site's interworkings. In one email, the commissioner requested that she and four others be added to those able to be vaccinated at the site.

Her request, which was sent to Manatee County Public Safety Director Jacob Saur, included asking for vaccination slots for Schroeder-Manatee Ranch President and CEO Rex Jensen and Lawrence Jensen, who do not live in the designated zip codes, and Robert and Marie Keehn, who live near Baugh.

The decision to place the site at Lakewood Ranch is one that raised red flags for other commissioners who expressed their gratitude for the additional supply but wanted a more equal distribution.

"It does compromise our system. It does pit people against each other. We ask you know why we think there's a racism problem perceived in Manatee County, this adds to that argument because you're taking the whitest demographic, the richest demographic in Manatee County, and putting them ahead of everyone else," said Commissioner Misty Servia, who represents District 4.

Emails sent to the county also reflect residents being upset about the news and indicate questions regarding what the county's 3-1-1 staff can share with the public about the "special zip code" vaccines.

But if you ask Gov. Ron Desantis, he says it wasn't about zip codes.

“It wasn’t a choice about zip codes. It was a choice about where’s a high concentration of seniors, where you could have communities provide the ability for them to go on. It wasn’t choosing one zip code or another," DeSantis said before listing locations other pod sites have popped up.

The governor doubled down several times that there was no preference given to the wealthy and predominantly white community when the location was selected.

“Look, I mean if Manatee County doesn’t like us doing this then we are totally fine with putting this in counties that want it. And we’re totally happy to do that," DeSantis said, in part.

But, the local chapter of the NAACP doesn't see it that way.

"In regards to the press conference about the vaccines that were given to Manatee County and limited to a predominantly white, and wealthy neighborhoods in Lakewood Ranch; the situation is disheartening," Robert 'Coach' Powell, president of the Manatee County Branch of the NAACP, wrote in a statement.

"Although I am happy with Manatee County receiving 3000 doses I am not happy with it going specifically to an area with just under 3000 COVID cases and the area that has over 8000 cases, which are predominantly black and brown, and are disproportionately affected by this disease, received none," Powell added. "I feel this was truly politically motivated. I feel that an entire demographic of people were totally disregarded and I truly have an issue with that!"

According to the latest report on the Department of Health's website, more than 1.5 million white people in Florida have been vaccinated. That compares to just more than 850,000 people who make up several other demographic backgrounds.

10 Tampa Bay has reached out to Commissioner Baugh's office for comment. This story will be updated when we hear back.