Manatee County Commission Chair Vanessa Baugh, who has faced calls to step down, texted: "After all, 22 is right around the corner." 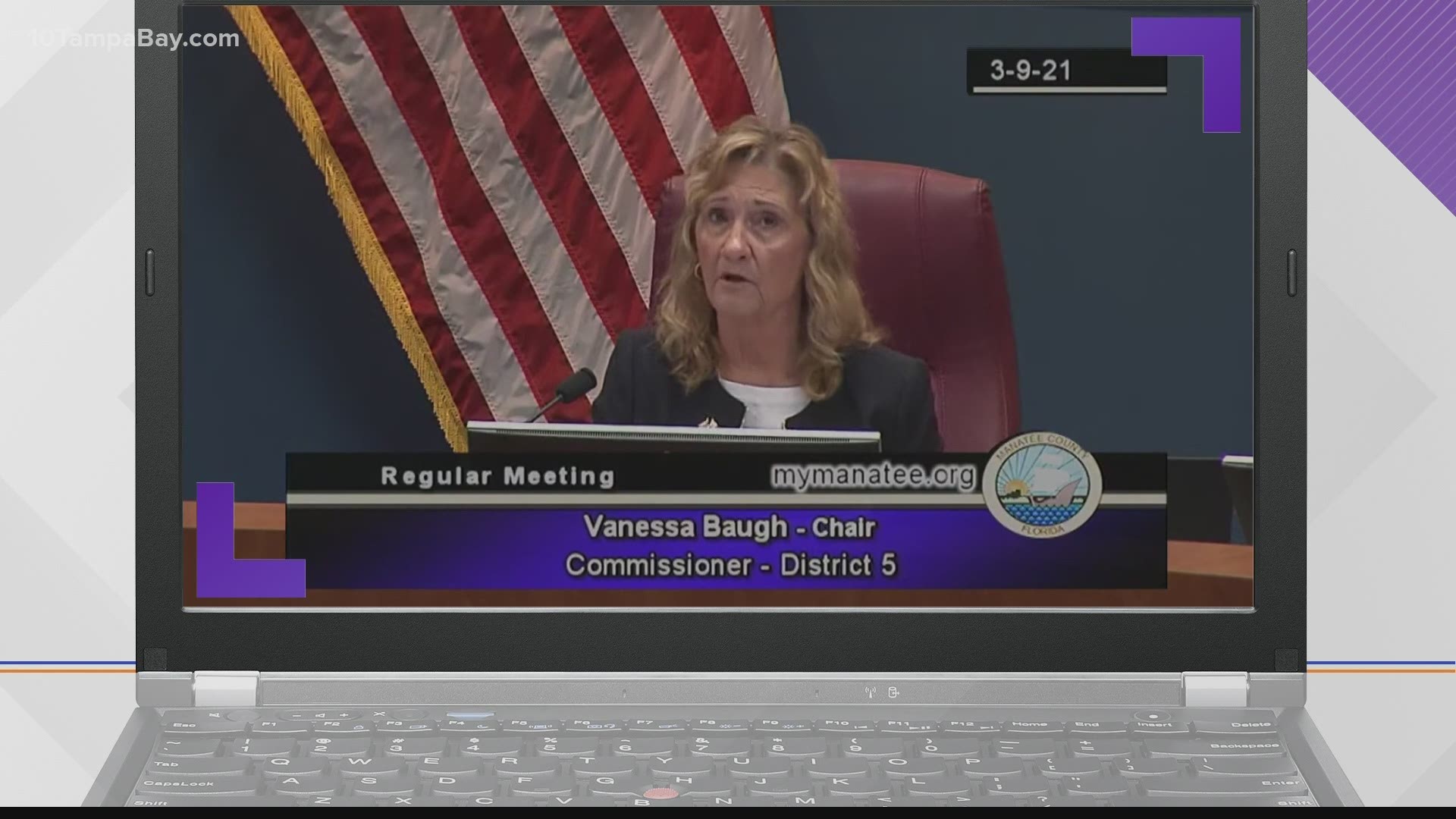 During their conversation, which was published in full online by Sarasota legal activist Michael Barfield, Jensen makes mention of the governor and how "he might show up" to the pop-up site. He says to Baugh, "Should try to see if that would help him get exposure here."

The Manatee County leader replies, seemingly in reference to DeSantis' 2022 reelection campaign: "Excellent point. After all, 22 is right around the corner."

"Yup and he is better known on the east side. Premier," which is the COVID-19 vaccination site at Premier Sports Campus that Jensen appears to be referring to, "could have a nice setup for him."

Baugh says, "Absolutely, we will make a very big deal having it at Premier. This can be huge for him."

The conversation, which timestamps show happened sometime around Feb. 10, shows the extent to which politics might have surrounded the controversial site. It opened in mid-February with about 3,000 doses for those who live in the 34202 and 34211 ZIP codes instead of randomly through the county's vaccine lottery system.

Baugh admitted she personally set it up that way and included her name on a list of people who could get a COVID-19. Jensen's name also was on the list that critics contend is a "VIP list," but he didn't live in one of the ZIP codes.

Baugh addressed the text messages during a board meeting Tuesday, March, 9, as other chair members criticized her behavior.

"For those that are upset with me over it, I've also heard from many that thanked me for doing it because it got 3,000 people off that lottery -- to allow for 3,000 more people to get vaccinated," Baugh said. "The bottom line is, I would not, you know, go against the governor in any way, shape or form.

"He was bringing vaccine to our county. That's very important. I stand by it."

Baugh earlier apologized for what she called "a lapse in judgment" and indicated she has no plans to resign, but the so-called VIP list remains a point of issue for other Manatee County leaders.

"I think she should have stepped down because -- and it wasn't because of the vaccines, amen, let's hope we get more," Commissioner Carol Whitmore said. "It was because of the list."

The Manatee County chairwoman previously told the Sarasota Herald-Tribune the plan to hold the clinic began when she got a call from Jensen, and that he told her DeSantis wanted to bring vaccinations to Lakewood Ranch "because he knew we were lagging behind in this area."

Barfield last week said he turned over records pointing to potential Sunshine Law violations to Florida State Attorney Ed Brodsky who in turn, gave those documents to the Florida Department of Law Enforcement. Barfield charges Baugh broke the law when she put herself and others on the VIP list for the shots at the state-run vaccine clinic.

U.S. Rep. Charlie Crist, a Democrat, has called upon the Department of Justice to investigate DeSantis and whether the state's vaccine sites are being set up to "benefit political allies and donors."