He also reflects on his time in Iraq and Afghanistan. 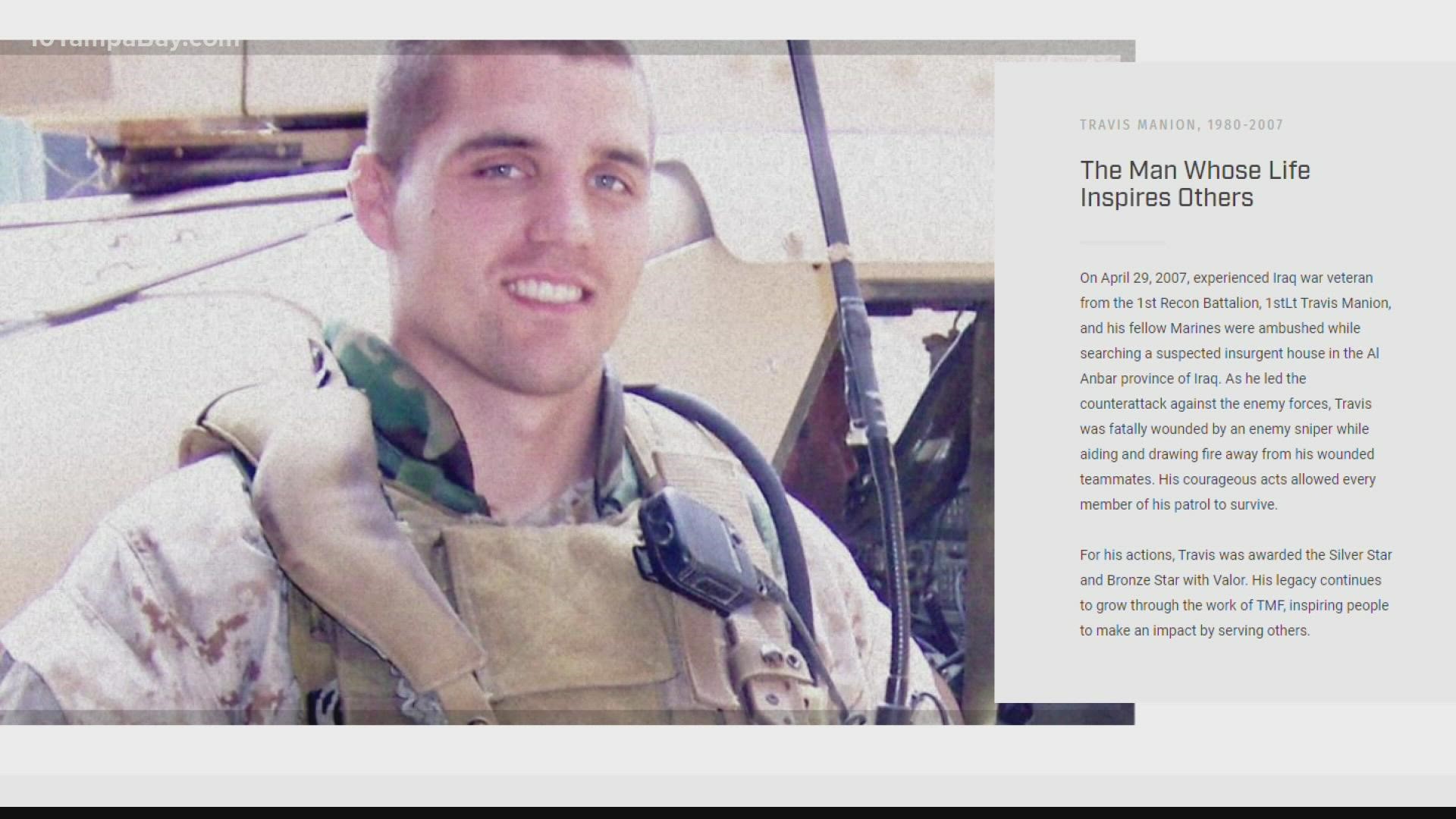 LITHIA, Fla. — Remembering who we were on 9/11 means actions, not words. It means finding a way to help those who lost loved ones in the wars triggered by 9/11 and the recent events in Afghanistan.

The 9/11 Heroes Run is an event organized by a man who served three tours each in Afghanistan and Iraq and wants to help everyone remember the good they did.

"The terrorist attacks on 9/11 started and put in motion a series of things that put our military in Iraq and Afghanistan, so that was kind of the impetus for so many things and so many folks to deploy to the military in general," said Beau Higgins.

Higgins is a Marine veteran, proud of his service to his country. "We made an impact. You can't take that away."

He now organizes the 9/11 Heroes Run locally in Lithia each year to benefit the Travis Manion Foundation. Travis was a young marine Beau knew well.

"Travis was one of my marines. It's very personal to me. I was the commanding officer of the 1st Recon Battalion that Travis was a part of when he was killed. He was killed by a sniper in Iraq and again that's what set this in motion. His favorite mantra was 'If not me, then who?' Travis had said that before he deployed over to Iraq."

For Beau, seeing the war in Afghanistan end the way it did makes him more committed to his mission to raise money.

"I think it's that 'If not me, then who?'. Not many people sign up to join the military and the ones that do are willing to pay the ultimate sacrifice and many did in Afghanistan and Iraq and it's something we'd do again. The deployments I made. I would do them again in a heartbeat and I value the time and know we made a difference. Even if it doesn't last forever, the time we were there, we 100% made a difference."

Click here to find out more about The Travis Manion Foundation and the 9/11 Heroes this Saturday in Lithia.

RELATED: 12th Annual 'Honoring Our Heroes' to pay tribute on 20th anniversary of 9/11