Isa had both legs amputated, and his family says the park said he could ride some rollercoasters. Then they say the park told him he couldn't. 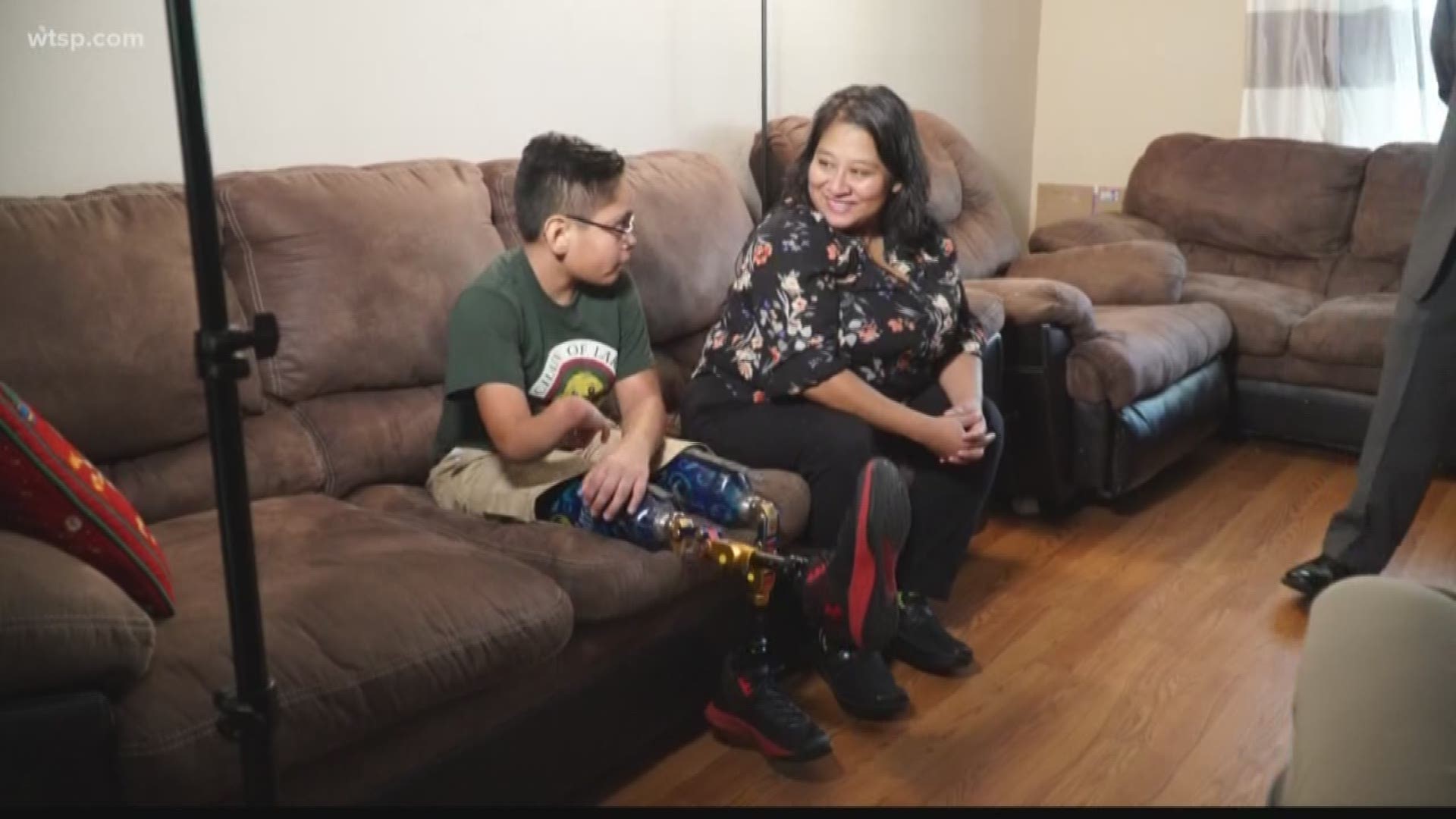 WINTER HAVEN, Fla. — For most children, amusement parks are a dreamland filled with fun and excitement.

One Florida boy, though, says he was left feeling confused and embarrassed after visiting one local amusement park. His family decided to Turn to 10 for help.

From karate to Cub Scouts, Isa Suarez has done it all. He's your typical, energetic 10-year-old, but when you look a little closer you'll realize Isa is unique.

Isa’s mother, Sarahy Suarez, explained this is how Isa has always been.

"His whole life he's been like this. He was born without his tibia bones in his legs, and at 1 year old he had to get his legs amputated."

He has a variety of prosthetic legs he was proud to show off. Each set is for a different activity.

Isa says his prosthetic legs have never gotten in the way of doing everything he loves.

One of his favorite things is rollercoasters. So, when the family moved to Winter Haven in 2016, one of their first outings was to Legoland Amusement Park.

Customer service at the park gave them a map of the rides with two marked off they said Isa couldn't ride because of his prosthetics.

The family got in line, excited to ride one of the rollercoasters on the list of approved rides. That excitement quickly turned to confusion, then embarrassment.

"They made me stay there off the ride," he said.

After the family was allowed to board and sit on the ride, Isa was told he had to get off by one of the employees. Sarahy was left in tears.

"We're told he can't get on it because he needs to have one natural leg. That bothered me because they told him. They didn't tell me. He's a kid." she said.

That was just the beginning. After moving on to several other rides, Isa was denied a second rollercoaster he was initially told he could ride.

Legoland staff apologized and said they would have a discussion with their employees to fix the confusion. The park offered the family season passes so they could come back.

Hoping for a better experience, the family went back to Legoland -- only to have similar issues.

Sarahy says on some visits they could ride some rides, and on other visits, they were told to get off the same rides.

"I just have a feeling that they're going to say, 'No, you can't ride this because of this and that,'" Isa said.

Sarahy says the inconsistency each visit left her family confused, but the worst part for her was when Isa started to question his own abilities.

"He said, 'I don't understand why they keep telling me to have natural legs when these are my natural legs.' To him, (the prosthetics) are his natural legs."

Legoland sent us this statement:

While we do not comment on specific cases, we are fully committed to providing an awesome experience for all of our guests, including individuals with different abilities.

Our highest priority is the safety of our guests. The minimum safety requirements to use certain attractions, rides or water slides at our resort are based upon the guidelines and best practices set by the equipment manufacturers and industry associations. We adhere to their guidelines with the utmost attention and accuracy in order to ensure guest safety in all potential situations."

Sarahy says she appreciates the amusement park's commitment to safety, but she wants to know how one ride can be safe one day and then unsafe on another day.

She said this isn't just about clearer rules. She thinks it is important that employees are also trained to better handle sensitive situations like these.

"He knows he's different. He doesn't need to be told every day," she said.

Sarahy's first priority is her son, but her goal is to bring attention to the issue so others aren't embarrassed like Isa was.

"I want people to see that just because you have a disability, does not mean you cannot do something," Isa said.

Legoland denied our request for an on-camera interview, saying they do not comment on specific cases.

Social Justice Law Collective attorney Shawn Heller, who is representing the Suarez family in a lawsuit, issued this statement:

“LEGOLAND is only a few miles from the Suarez family's residence, but might as well be on the other side of the world, as LEGOLAND forbids Isaias from riding on most of the attractions at LEGOLAND, because of his disability. The discriminatory nature of LEGOLAND's policies is highlighted by the fact that Isaias meets the ride criteria for Universal's Island of Adventure's double inverted Incredible Hulk Coaster, while he is prohibited from riding LEGOLAND's Lost Kingdom Adventure, a family friendly ride that toddlers with a height of 30 inches can ride. The entire Suarez family is determined to put a stop to these discriminatory policies and to help ensure that LEGOLAND is not only a welcoming place for them, but for all others who use prosthetic devices and their families and friends. Individuals who use prosthetic devices climb mountains, compete in competitive sports, and otherwise excel at a broad array of physical activities, and in 2019, there is simply no excuse for a large amusement park – one designed for children, no less – to enforce such discriminatory and exclusionary policies.”

We also reached out to the International Association of Amusement Parks and Attractions, who sent us this statement:

"Safety is the top priority in the attractions industry. Ride safety requirements vary per ride and are based on several different factors, including guest height, age, weight, physical abilities and overall health. Park operators train their employees to understand and enforce the safety requirements for their rides while providing excellent guest service."