The team doesn't need to build a new ballpark to collect hundreds of millions of dollars in new revenue. 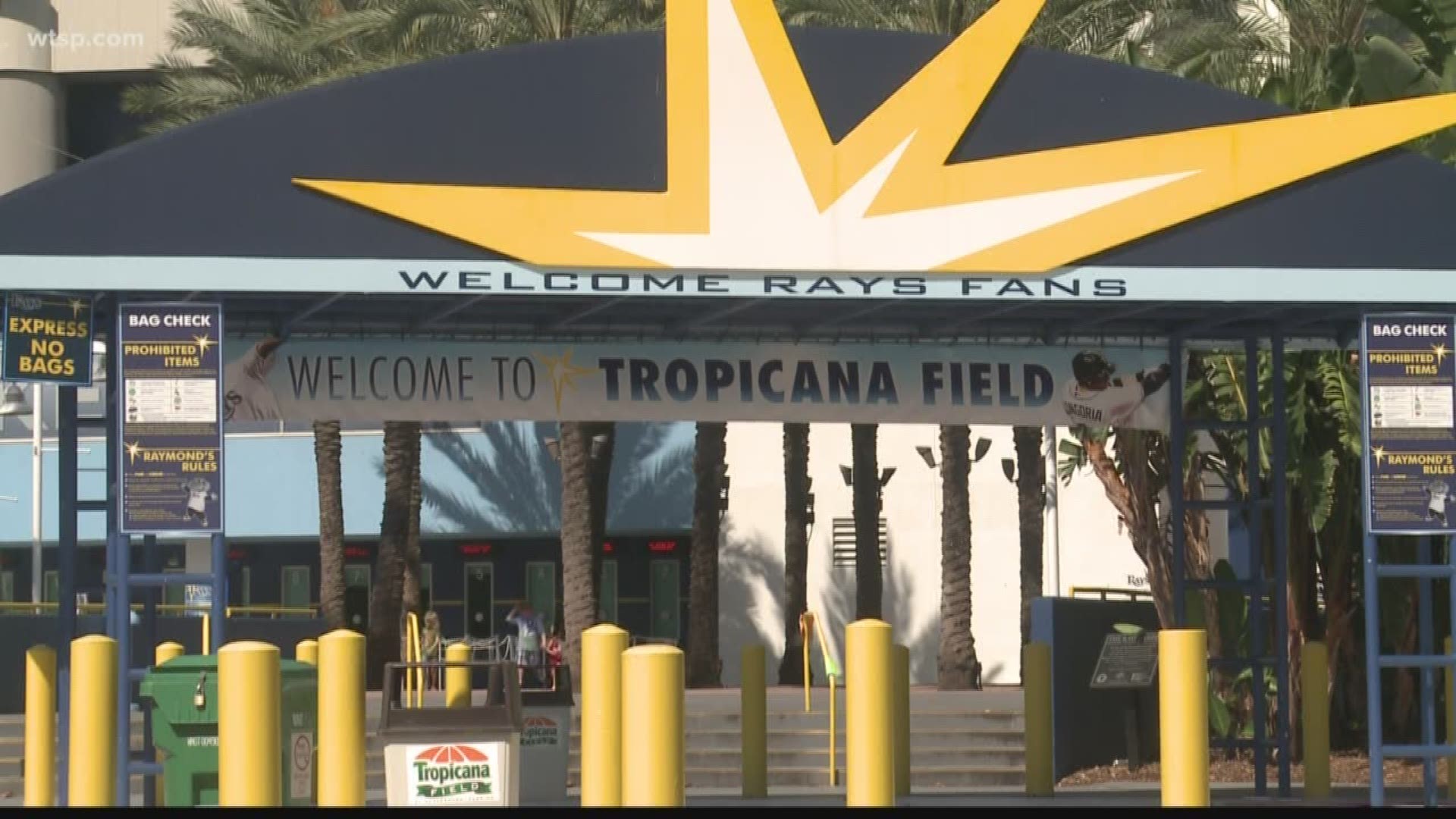 ST. PETERSBURG, Fla. - If Hillsborough County's elected leaders and developers can't find hundreds of millions of dollars to get the Tampa Bay Rays to move to Ybor City, the team may find similar revenues simply by staying put.

Mayor Rick Kriseman told 10Investigates Monday that developers and city leaders are anxious to redevelop the 86 acres on which Tropicana Field and its expansive parking lots currently sit. Per the Rays' original use agreement with St. Petersburg, the team is entitled to half of all redevelopment revenues created from that space as long as they are a tenant.

MORE: Hillsborough County: Still no progress on how to pay for Rays stadium in Tampa

However, when the Rays agreed to a three-year exploratory window in January 2016, they agreed to forgo those redevelopment rights immediately if they could secure a Tampa stadium. The team has until January 2019 to decide.

That means if the tax money and developer contributions don't materialize for a new home in Ybor, the Rays don't have to do anything more than play 81 games a year at Tropicana Field to start collecting on the lucrative redevelopment revenues.

Those profits in St. Pete - even if the stands at the Trop remain empty for nine more years - could eclipse the profits from a new Tampa stadium if the Rays have to foot the majority of the construction debt.

"If their goal is to have a successful major-league franchise, they have to determine where the best location for a stadium is," Kriseman said. "That's how they should make their decision."When asked about the motivation of profits, Kriseman demurred. But with so much money on the table in St. Petersburg, a new stadium in Tampa may not be the team's most profitable option.

Either way, Kriseman - as well as Pinellas County commissioners - tell 10Investigates they are anxious to move past the decade's-old stadium drama. The 86 contiguous acres are more than double the acreage of Jeff Vinik's $3 billion redevelopment in Downtown Tampa.

The mayor says he's not ready to fully close the door on another stadium adjacent to Tropicana Field, but he wants to kick off redevelopment at the east end of the site, closest to downtown, as early as next year.

"We don't want to wait. This site is too valuable to just sit...it's going to create hundreds of jobs (and) be transformative to our city," Kriseman said.

Several county commissioners have also told 10Investigates or made public comments that they are unwilling to reserve their robust bed tax collections much longer for a team that hasn't indicated it wants to be in Pinellas County.

Because of its heavy beach traffic and fewer obligations to existing pro stadiums, Pinellas County has much more available revenue than Hillsborough County for a new baseball stadium.

However, the Rays have suggested for the better part of the last decade that they need to be closer to the center of the region's population across the bridge. Fans complained about the time it took to get to downtown St. Petersburg from Hillsborough County, as well as distance from Tropicana Field to downtown's restaurants and bars.But in the years since, downtown has grown dozens of blocks - not just to the Trop's doorstep, but past it. And Kriseman says developers are banging down his door for a chance to build on the prime real estate the Rays are looking to leave behind.

"We are excited about the future and are master-planning this site without a stadium now," Kriseman said.

The mayor added that the city is doing extensive work to study all of the options for the Tropicana Field site - a step Hillsborough County has not publicly done with its targeted Ybor City stadium site.

Kriseman said he has not talked with the Rays about a possible extension to his 2016 agreement that allows the team to explore Hillsborough options until January 2019. But he said if he was asked, he might not agree to an extension since the city needs to move forward sooner, rather than later.

The team invited Kriseman to Tuesday afternoon's unveiling in Ybor City, but he said his schedule would prohibit him from attending. Pinellas County commissioners were also invited, but only Commissioner Dave Eggers said he was trying to attend.

Pinellas County has a standing request for bed tax dollars from the Philadelphia Phillies, who are looking for an $80 million upgrade to their spring training facilities in Clearwater, as well as other tourism-related interests that could tap into the collections the county is currently setting aside for a possible new Rays stadium.