Race and Money: The wage gap between Black families and white families in Tampa Bay

An analysis by 10 Investigates revealed a disparity in earnings. And, the pandemic isn't helping. 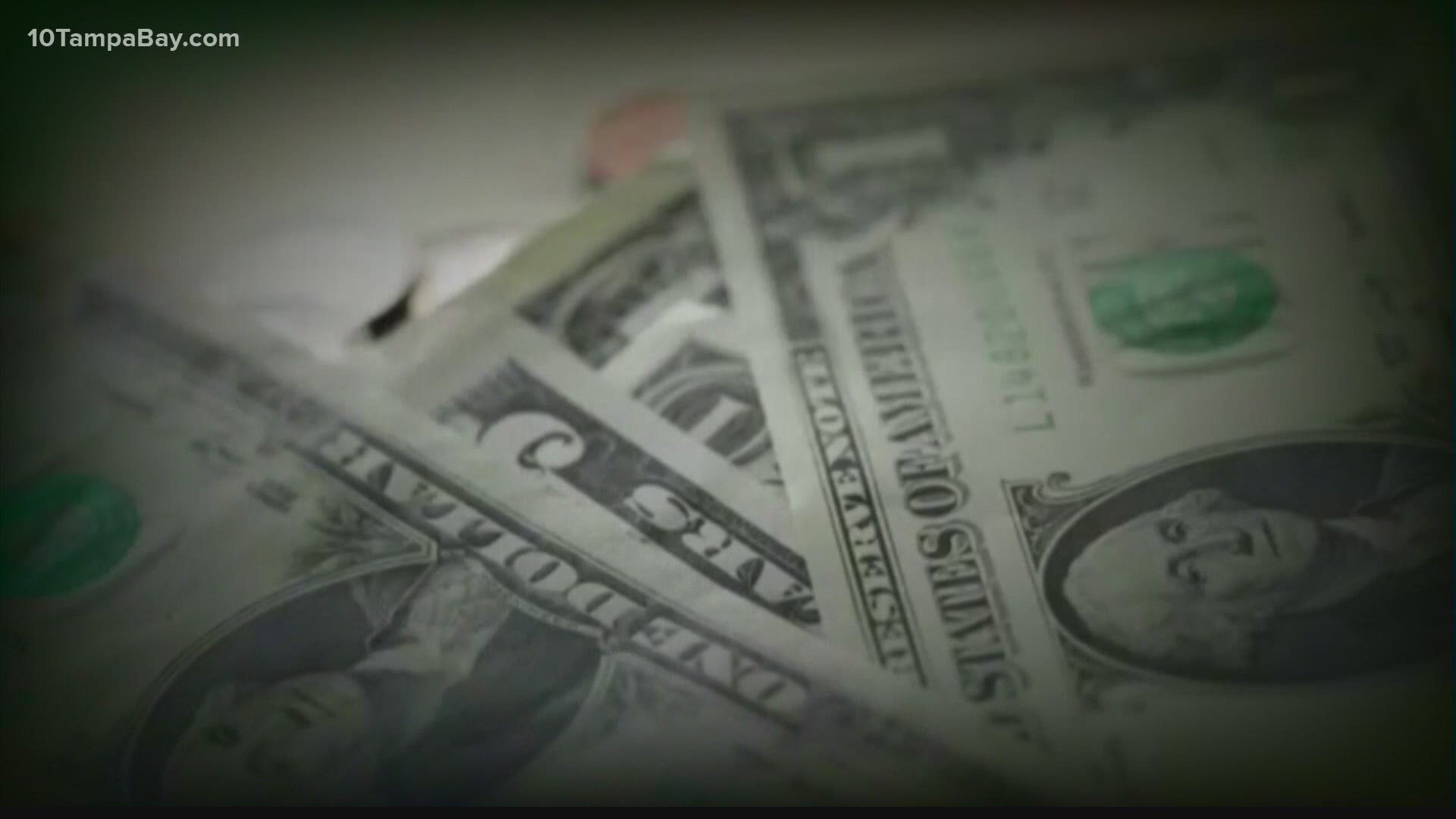 TAMPA, Fla. — On average, white families are making more around Tampa Bay than Black families are, an analysis by 10 Investigates revealed.

It's wide. And, without change, experts say the pandemic will only widen the divide.

“To me, as a historian, it is shocking that at this point in time in U.S. history that is still the case," said Daniel Diaz Vidal, an assistant professor of economics at The University of Tampa.

Diaz Vidal is talking about the wage gap between Black people and white people.

“It’s an issue that is extremely alive in U.S. society, so it is I guess my duty to discuss the problems of our societies and this one in particular,” he added.

“I mean this shouldn’t even be a controversial issue. We know our history; people study it. This is not a secret. It’s not my personal belief, and it’s based on science by the way, my belief, on social science which is economic history,” he explained.

To get proof, 10 Investigates had to go back in time and access the U.S. Census Bureau’s five-year average for median household income, which can be found in the American Community Survey. It contains information from Jan. 1, 2014 through Dec. 31, 2018. Those are the most recent years available.

Median means that half make more and half make less.

“The wage gap is a historical issue in the United States, so that’s what I talk about it constantly every semester,” said Diaz Vidal.

10 Investigates then looked at race.

**In Citrus and Pasco Counties, data shows that Black households made on average more than white households. However, the margin of error for median household income based on race in these counties is much greater than in Tampa or St. Petersburg.

To find what that came out to weekly, 10 Investigates accessed data from the U.S. Bureau of Labor Statistics. The agency does not drill down on median weekly earnings at the local level, but 10 Investigates found it does keep track nationally each quarter, or every three months.

For the first quarter of 2020, the ‘Usual Weekly Earnings of Wage and Salary Workers’ shows that white Americans earned 204 dollars more per week than Black Americans. The report shows white workers made $979 and Black workers made $775.

That was before the pandemic.

To see how coronavirus and quarantines had impacted earnings, 10 Investigates waited for the second-quarter report.

It showed earnings were up, but Black Americans still made less. The second-quarter data showed the median weekly earnings for Black workers was $806 while white workers earned $1,018.

Diaz Vidal says it takes hundreds of years to correct what started with slavery, followed by Jim Crow laws, redlining, denying mortgages and housing in good school districts and much more.

“History isn’t over just because you change the law, or you change something today doesn’t mean that the past is going to fade away,” he said.

“You have to pay some kind of historical debt.”

Diaz Vidal says it’s important to understand the relationship between housing, education and the historical situation of Black Americans. When asked what can be done right now, he says lawmakers must take action.

“Definitely help these communities and improve the quality of primary education in these communities. So, there’s certain aid that needs to be presented to these families today if they actually believe me and actually think that there’s a problem to solve,” he said.

With history as an indication, he says this pandemic – like others – will only make things worse once the stay on foreclosures and evictions is lifted and jobs are continuously lost.

10 Investigates also looked into unemployment in our state.

The most recent information breaking down unemployment by race is from the last three months of 2019, before the pandemic. Nationally, Black workers had the highest unemployment rate at 5.7 percent.  In Florida, it was higher at 5.9 percent. At the time, overall unemployment in the Sunshine State was 3.1 percent.  As of June 2020, it's 11.3 percent.

The Economic Policy Institute says in the coming weeks it will release the most recent data breaking down unemployment by racial demographics.