The generational rift created by 'LatinX'

The term 'LatinX' is a relatively new term, meant to be gender-neutral and inclusive. It's not widely used, and some find it a misappropriation of the language. 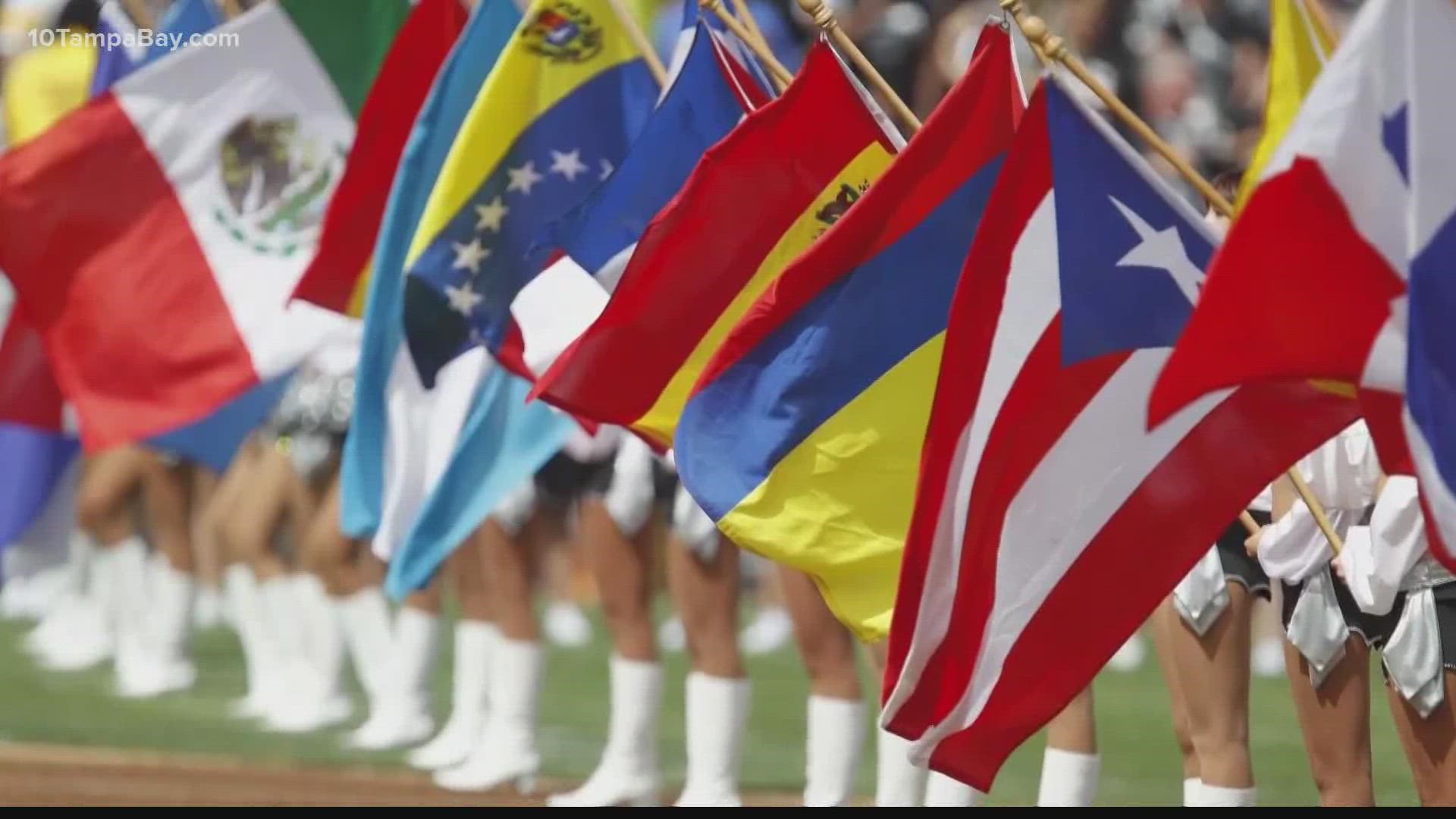 TAMPA, Fla. — When it comes to how people identify or are identified, each year a similar conversation arises: explaining the differences between Hispanic and Latino.

Latino refers to a geographic region, while Hispanic refers to language.

Dr. Fernando Rivera is a Professor of Sociology at the University of Central Florida. He explains the importance of using proper labels and the implications they can have.

"Sometimes it's important because, in your social interactions, people might treat you in accordance to the label they put on you," Rivera said.

As shown in the infographic above, many people may fall under both descriptors, like Megan Rapozo. She is the president of the Hispanic Professional Women's Association in Tampa.

"We need to educate our community on the different varieties," Rapozo said.

She grew up in Bolivia and identifies as Latina and Hispanic. She uses her platform to educate others on the differences between these terms, and the cultural differences of Spanish-speaking countries.

"I think the difference between them and to be able to learn and have the experience of knowing the difference, I think it'd help our communities tremendously," Rapozo said.

The labels 'Hispanic' and 'Latino' were introduced as recently as the '90s, according to Pew Research. And now, there's another term: LatinX. This one comes with some controversy.

"As a sociologist, it shows a reflection of the changes we have in society and the issue of identity," Rivera said.

The Spanish language is gender-based in its nouns and adjectives. The term, 'LatinX' is supposed to offer a gender-neutral and inclusive descriptor. For those who view the language in a more traditional sense, changing the adjectives and nouns is not a welcome gesture.

According to Pew Research Center, only 23 percent of U.S. adults who self-identify as Hispanic or Latino have heard of the term Latinx, and just 3 percent say they use it to describe themselves. Pew Research conducted a nationally representative, bilingual survey of U.S. Hispanic adults in December 2019 to gather this data.

"Let me be honest with you, I didn't know the difference with LatinX until I looked it up," Rapozo said.

Rivera said the controversy in the labels is a problem that can be easily fixed: ask people how they'd like to be identified.