This comes after an earlier round of ground scans in August detected 127 coffins at Robles Park Village, off of Florida Avenue. 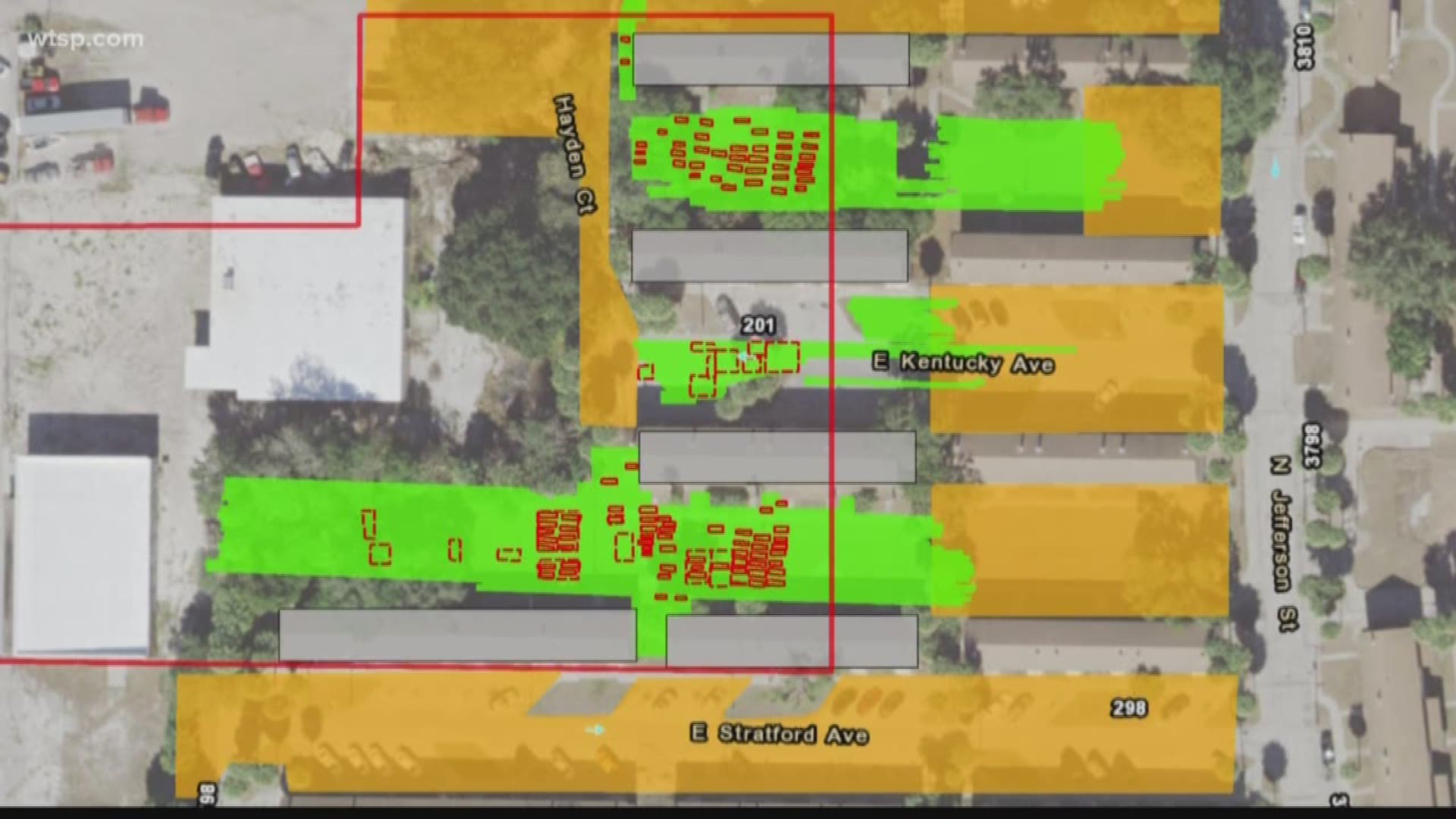 This comes after an earlier round of ground scans in August detected 127 coffins at Robles Park Village, off of Florida Avenue.

Tampa Housing Authority chief operating officer Leroy Moore said on Friday the agency is continuing to scan the site, which overlaps part of the old Zion Cemetery. USF Archaeologist Rebecca O’Sullivan said the cemetery was built to hold 800 people, and there is reason to believe more bodies are still there.

A historical map shows Zion extends beyond THA property and onto private land. Part of the land is occupied by Sunstate Wrecker Services. Moore said THA will scan that company’s lot for graves as well. Manager Tony Huffman said the company is happy to help in any way.

“It’s super surprising. We’re standing beside ourselves. We don’t know how anyone could do this to a cemetery.”

Scanning on that site will begin in early December.