He says more bodies may be buried under land no longer owned by the county. 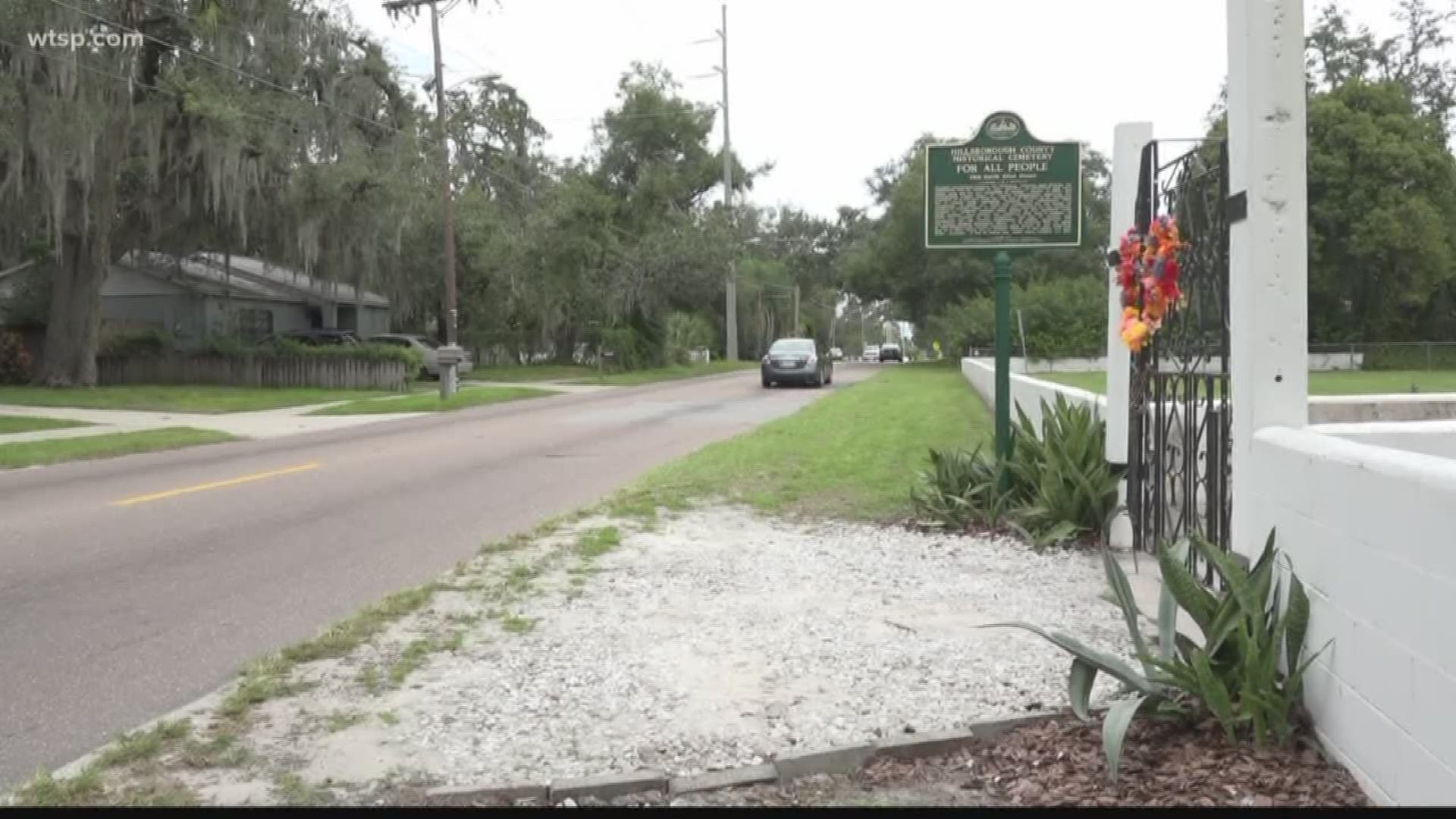 HILLSBOROUGH COUNTY, Fla. — The Hillsborough County Commission on Wednesday plans to act, after a whistleblower shared evidence that more bodies from the Cemetery for All People in Tampa could be on the site than believed -- and that others could be on property beyond the county’s hands.

According Ray Reed, there are dozens, if not hundreds of bodies unaccounted for. They were buried during the time period between 1906 and 1950. Reed is the whistleblower who pointed the Tampa Housing Authority to the erased Zion Cemetery underneath Robles Park Village public housing development. Archaeologists recently detected the presence of nearly 130 caskets under property. He also led Hillsborough County Schools to search for the erased Ridgewood cemetery underneath King High School. Results from that search are pending.

Regarding the county cemetery, Reed said burials from that time were not constrained by fencing, and it is likely that bodies could be underneath property no longer owned by the county.

Reed said his research also pointed him toward a segregated area where the bodies of African Americans are likely interred from the time period of 1906-1950. Reed believes that cemetery is along Hillsborough Avenue.

On Tuesday’s County Commission agenda, Commissioner Ken Hagan is asking for the county administrator to come up with a plan to “research the county’s inventory of properties and determine if any are located on land once used as a cemetery.”

While this is a step forward, Reed said it does not account for property that held bodies that the county might have sold. Reed said he would like to see the motion amended to incorporate a broader search.

Commissioners will discuss the motion Tuesday afternoon. This is a developing story. More information will be added as it becomes available.