According to documents distributed at the meeting, there was no historical record that any of the 230+ bodies from Ridgewood had ever been moved. 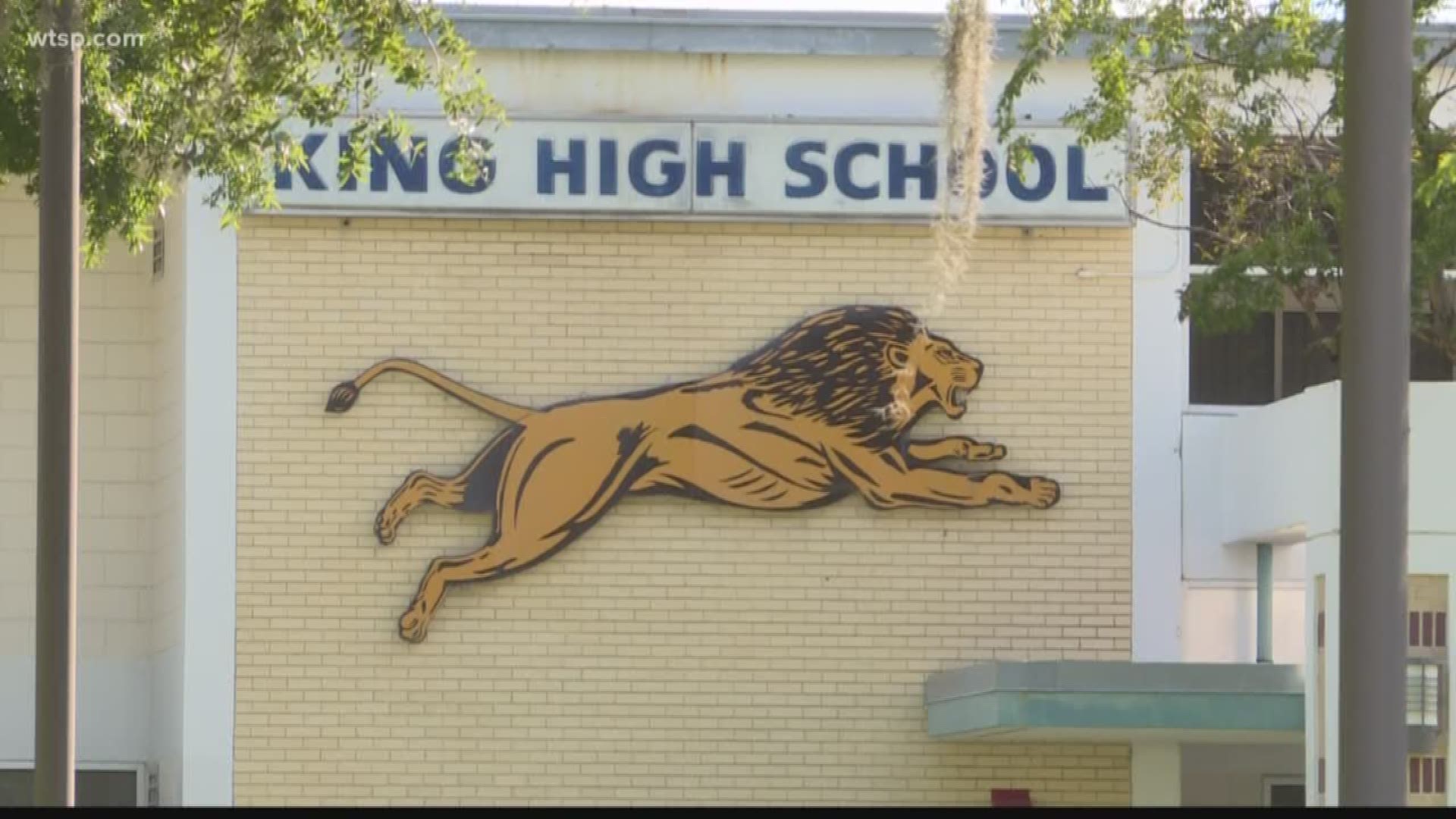 TAMPA, Fla. — What happened to the Ridgewood Cemetery that once sat on the property of King High School, and how does the Hillsborough County school district move forward from here?

Those are just a couple of many questions posed Monday morning during the district’s Historical Response Committee meeting, which comprises school board leaders and community stakeholders dedicated to finding the truth and responding accordingly.

"We were notified, even by you, very early on of this potential cemetery,” said Hillsborough County school board chair Tamara Shamburger. “It's definitely hurtful to know another black cemetery has just been paved over as if these people had no contribution to this world.”

Shamburger learned of the possible cemetery on the property after 10News alerted her that whistleblower Ray Reed sent documents to her office.

According to documents distributed at the meeting, there was no historical record that any of the 230-plus bodies from Ridgewood had ever been moved. Historian Rodney Kite-Powell of the Tampa Bay History Center said it is very likely that there are more cemeteries in the area that have been paved over in the interest of development.

“There are undoubtedly a number of cemeteries that are ‘lost’ to our knowledge. But they can be re-found,” said Rodney Kite-Powell of the Tampa Bay History Center. “The fact that Zion has been rediscovered, the fact that Ridgewood…very well may be rediscovered, it says that when we were growing as a city in the 1920s, in the 1950s, we grew at the expense, to some degree, of our dignity and the dignity of those who came before us.”

“I asked that question [at the Hillsborough Co. delegation meeting], and they said, 'No, this is all we have. And now, today, we're here with possible more development on top of African American gravesites," he said.

Erased black cemeteries began making headlines in the Tampa Bay area after this summer’s rediscovery of Zion Cemetery underneath the Robles Park public housing development. The cemetery was founded in 1901 and is believed to be the city’s first African American cemetery.

Concerning the possible cemetery at King High, in 1933, the city of Tampa bought 40 acres of land here at 56th and Robles (Sligh) for a pauper's cemetery. Between 1942 and 1954, at least 230 people were buried here in what was called Ridgewood Cemetery.

The property changed hands several times, and in 1959, the school district bought the land. It built around where the cemetery should have been, but there is no record that bodies were ever removed.

"Our lives, and the value of our lives and our thoughts and opinions didn't really matter back then, but the question is, do they matter now?" asked Yvette Lewis, president of the Hillsborough NAACP.

Sen. Janet Cruz said this is why legislation matters. She is spearheading a bill that would form a task force to locate and support lost African American cemeteries.

“We need a very clear, defined set of rules and procedures,” she said.

Powell said there is a centralized effort underway to find other lost cemeteries in the area, both black and white.

Historian Fred Hearns said by phone during the meeting the district should use this experience as a learning opportunity for students by incorporating this experience into school history lessons. A secondary social studies supervisor from the district was present and supported the idea.

Hillsborough County Schools hired St. Petersburg-based GeoView to conduct ground scans in areas where the cemetery is believed to be. That work started last week, and results are expected within a few days.