The school district said ground scans will begin this week to check for the presence of bodies in the ground. 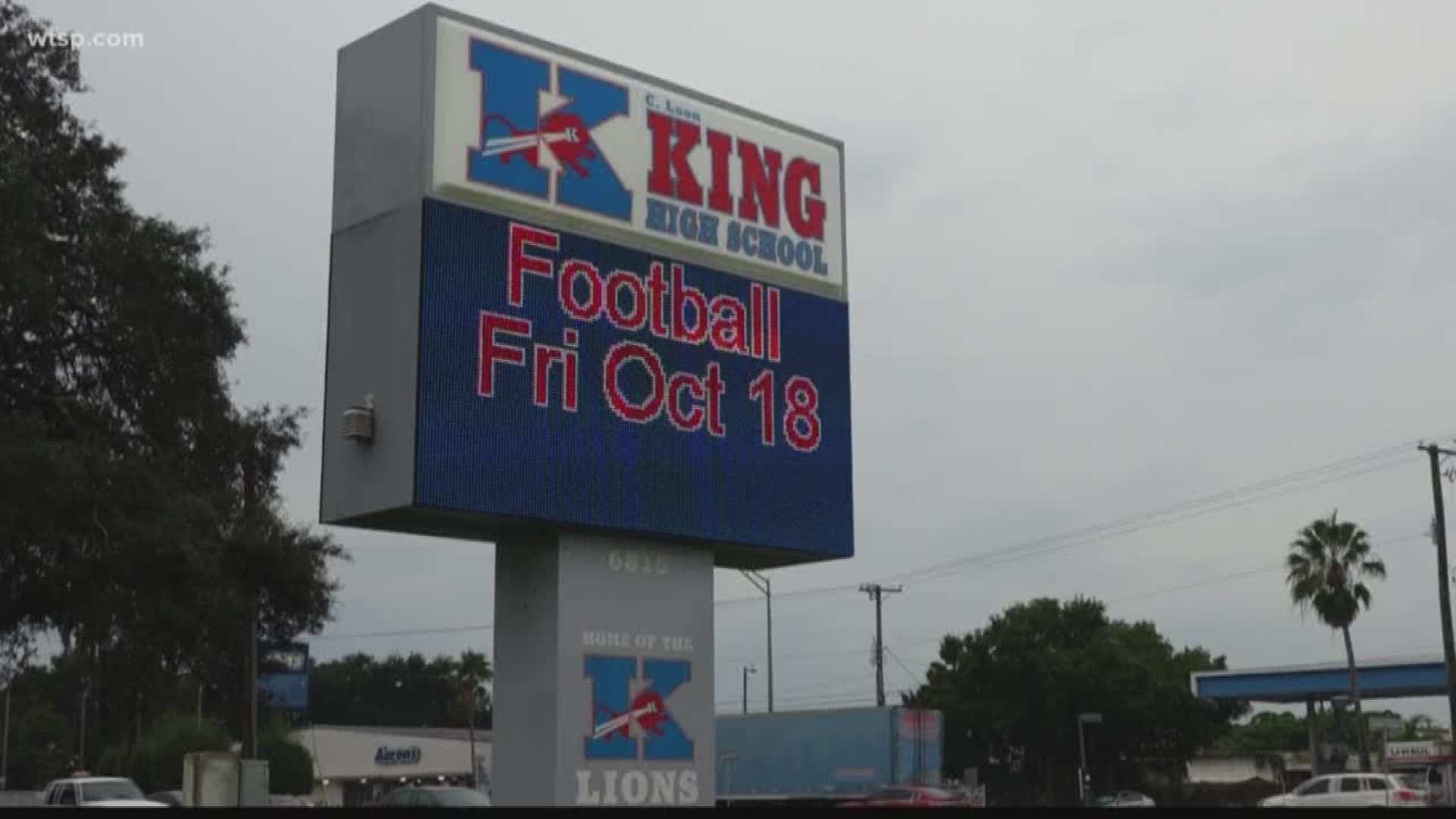 TAMPA, Fla. — They were hiding in plain sight but were lost for generations.

Ray Reed of Tampa has made it his life’s work to research cemeteries he says were deliberately erased. Over the summer, his research led to the rediscovery of Zion, an African American cemetery that sits underneath the Robles Park public housing development. The discovery of nearly 130 caskets still underground prompted calls for changes to state law.

"What kind of humans are we if we can't even respect and honor our own dead?” said Reed.

Just a few months after news of Zion made headlines in the Tampa Bay Times, his research led to another possible discovery. He says more than 260 bodies might still be resting at the old Ridgewood Cemetery near 56th and Sligh, and would be on or near the property of King High School.

On Thursday, Reed sent documents to Hillsborough County School Board Chair Tamara Shamburger alerting the district of his research. Shamburger said the district worked late into the night on Thursday on a plan of action.

Reed said he was extremely pleased with how the district handled the news that bodies might be under part of the property at King High. He said it is a departure from the attitudes that caused the cemetery to be erased in the first place.

“Nobody spoke up saying, ‘that’s horrible,’" he said. “The lowest in the strata of white person in the 20s, 30s, 40s, still had a voice louder than anybody in the black community.”

Reed hopes news of the possible cemetery will help restore dignity to those laid to rest. The school district said on Monday ground scans will begin this week to check for the presence of bodies in the ground.

“My God. We treated folks like they were nothing in life, and in death, they were worse than that. They're a landfill,” he said. “What the hell kind of human beings were we and are we going to be if we don't do something about it?"