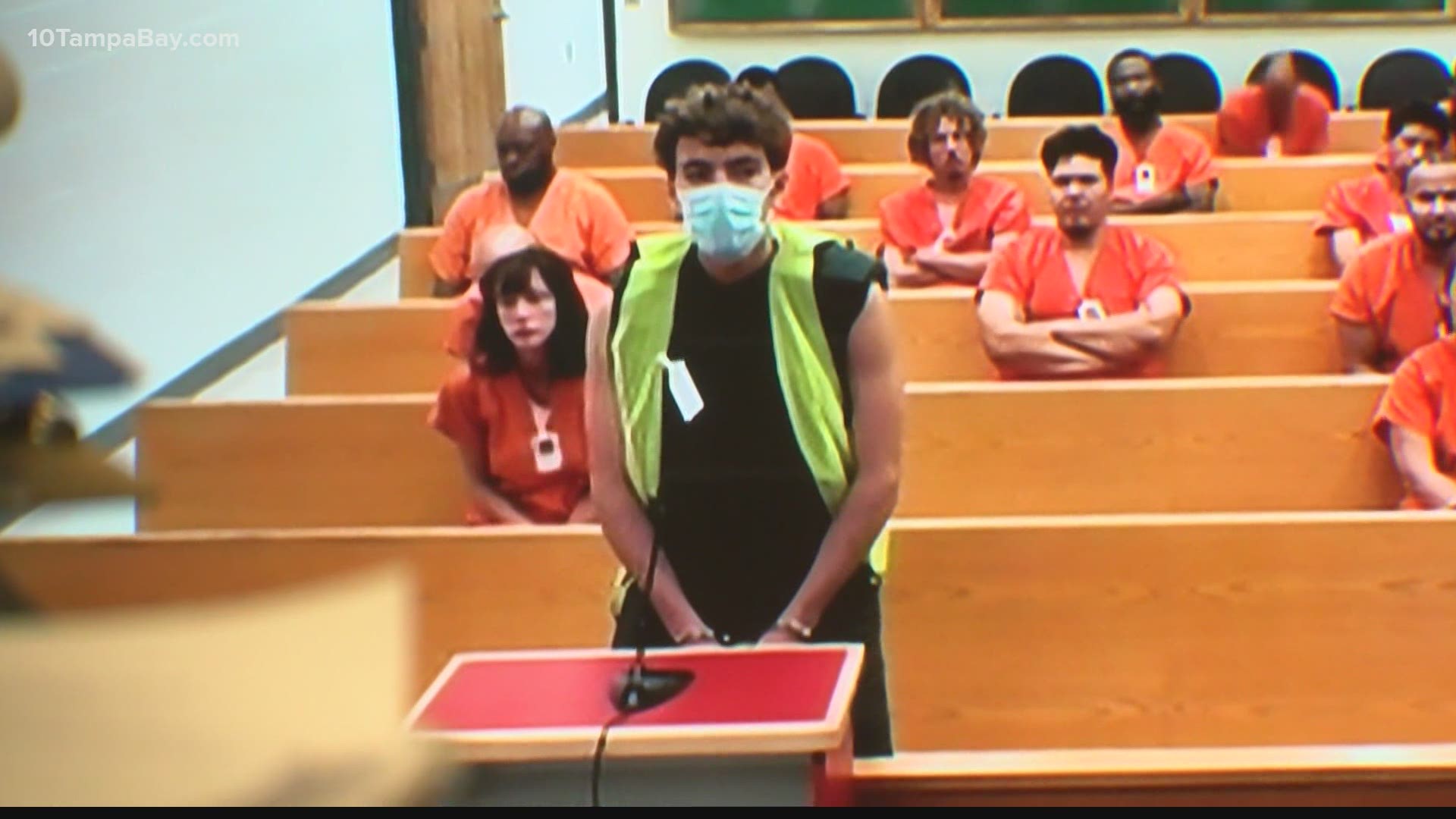 TAMPA, Fla. — A 17-year-old accused of being the "mastermind" behind the hacking of prominent Twitter accounts last summer has agreed to a plea deal.

Graham Clark appeared virtually before a judge Tuesday to enter his guilty plea in exchange for three years in prison, followed by three years of probation on several hacking and fraud-related charges.

Should he violate his probation, prosecutors say he will face a minimum 10-year sentence in an adult facility.

He will be sentenced as a "youthful offender," allowing him, if he qualifies, to serve part of his sentence at a basic training boot camp. Clark will also receive jail credit for the 229 days he has spent behind bars so far.

"The outcome holds Clark accountable for his actions, recognizes his acceptance of responsibility, and offers him a chance to get his life on the right track," the state attorney's office wrote in a press release.

In court, Clark said he understood his charges and that he wanted to enter the guilty plea before the court. He also confirmed that he was not threatened, coerced or made any promises in relation to his plea.

Clark's plea includes turning over devices and passwords and agreeing to unlimited and unannounced searches.

“He took over the accounts of famous people, but the money he stole came from regular, hard-working people. Graham Clark needs to be held accountable for that crime, and other potential scammers out there need to see the consequences,” Hillsborough State Attorney Andrew Warren said. “In this case, we’ve been able to deliver those consequences while recognizing that our goal with any child, whenever possible, is to have them learn their lesson without destroying their future.”

The teen is said to have been one of three people involved in the July 15 hack of prominent Twitter accounts, including that of former President Barack Obama and SpaceX founder Elon Musk. In total, the U.S. Department of Justice says approximately 130 Twitter accounts were compromised.

Hillsborough State Attorney Andrew Warren called Clark the "mastermind" behind the hack when it happened back in July 2020. Clark faced 30 charges for allegedly "scamming people across America."

The state attorney's office said Clark's scheme included stealing identities of prominent people and celebrities, posting messages in their names and directing Twitter users to send Bitcoin to accounts associated with him.

The investigation found Clark reaped more than $100,000 in Bitcoin from 400 transfers in a day. He has since transferred all Bitcoin acquired in connection with the case to law enforcement, according to court documents.

You can watch the full court proceedings below.