According to the Florida Bat Conservancy, one small bat can eat up to 3,000 insects a night. 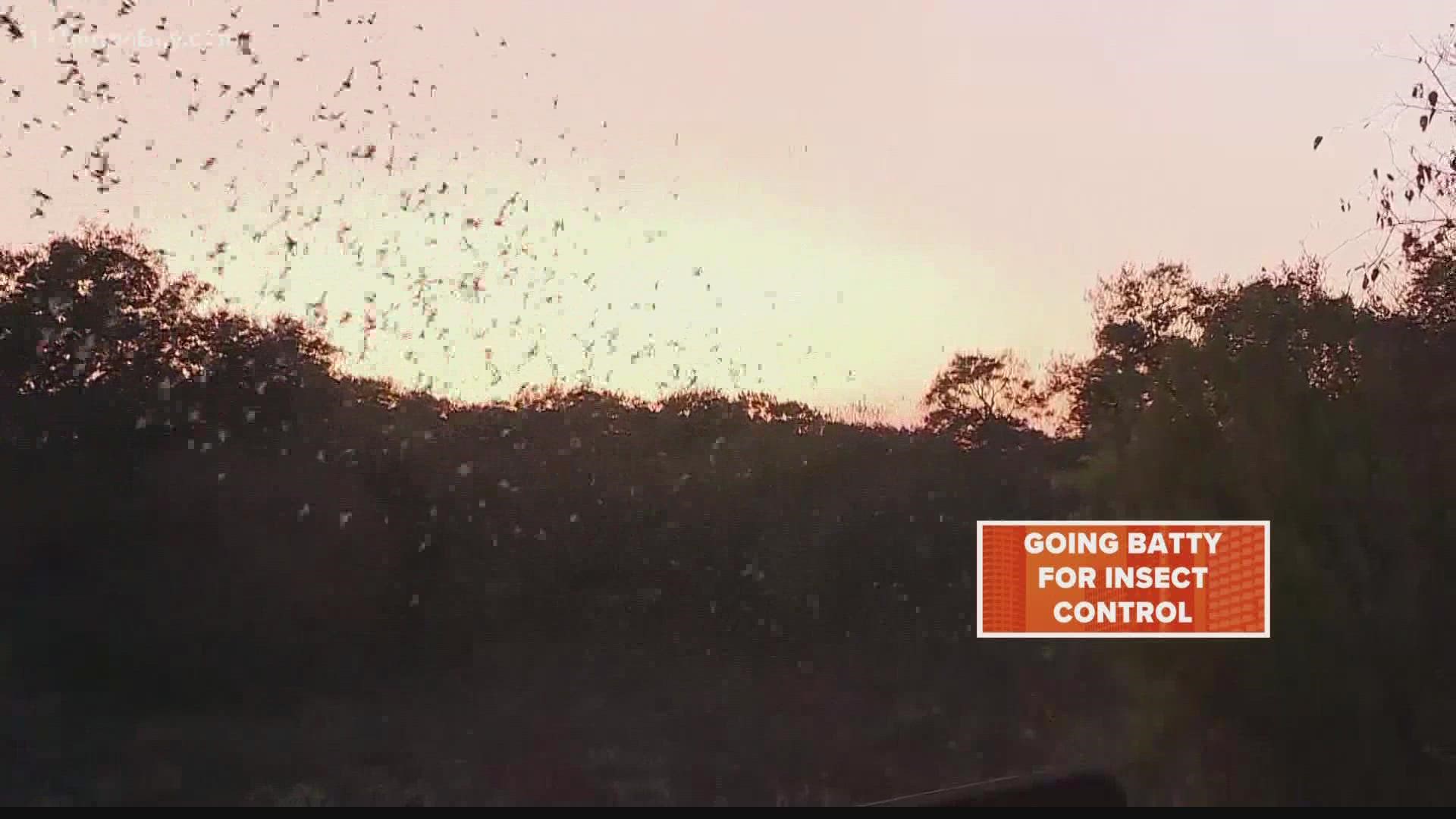 HILLSBOROUGH COUNTY, Fla. — Living in Florida, we, unfortunately, know just how pesky insects can be — especially this time of year.

But rather than ramping up on screens and bug spray, one Hillsborough County neighborhood is trying a different approach: bat houses.

The county recently granted $5,000 toward the installation of three bat houses beside a pond at Sabal Pointe Townhomes, near Brandon.

The houses are made up of wooden boxes on metal poles and are placed near the water's edge. The idea is that bats will gather in the houses and control night-flying insects like beetles, flying ants, moths and mayflies.

According to the Florida Bat Conservancy, one small bat can eat up to 3,000 insects a night. And each of these houses can reportedly accommodate up to 400 bats.

The organization’s website adds that most bats living in Florida prefer to roost in mature trees or caves, but due to loss of habitat, often end up in buildings and attics.

Bat houses not only help with pest control but also support conservation efforts by giving local bats a much-needed place to live.Bat houses are becoming more successful in Florida, according to the Florida Bat Conservancy, however, there isn’t a great strategy for attracting bats to the houses.

The best you can do is put it in a good location, like near the water, and hope the bats find the house and move in. The organization does say that bat houses located near the edge of a pond are usually occupied in a few months.

You can learn more about Florida bat conservation efforts and how to build your own bat house here. And in the meantime, Hillsborough County has a list of tips on how to keep mosquitoes away.