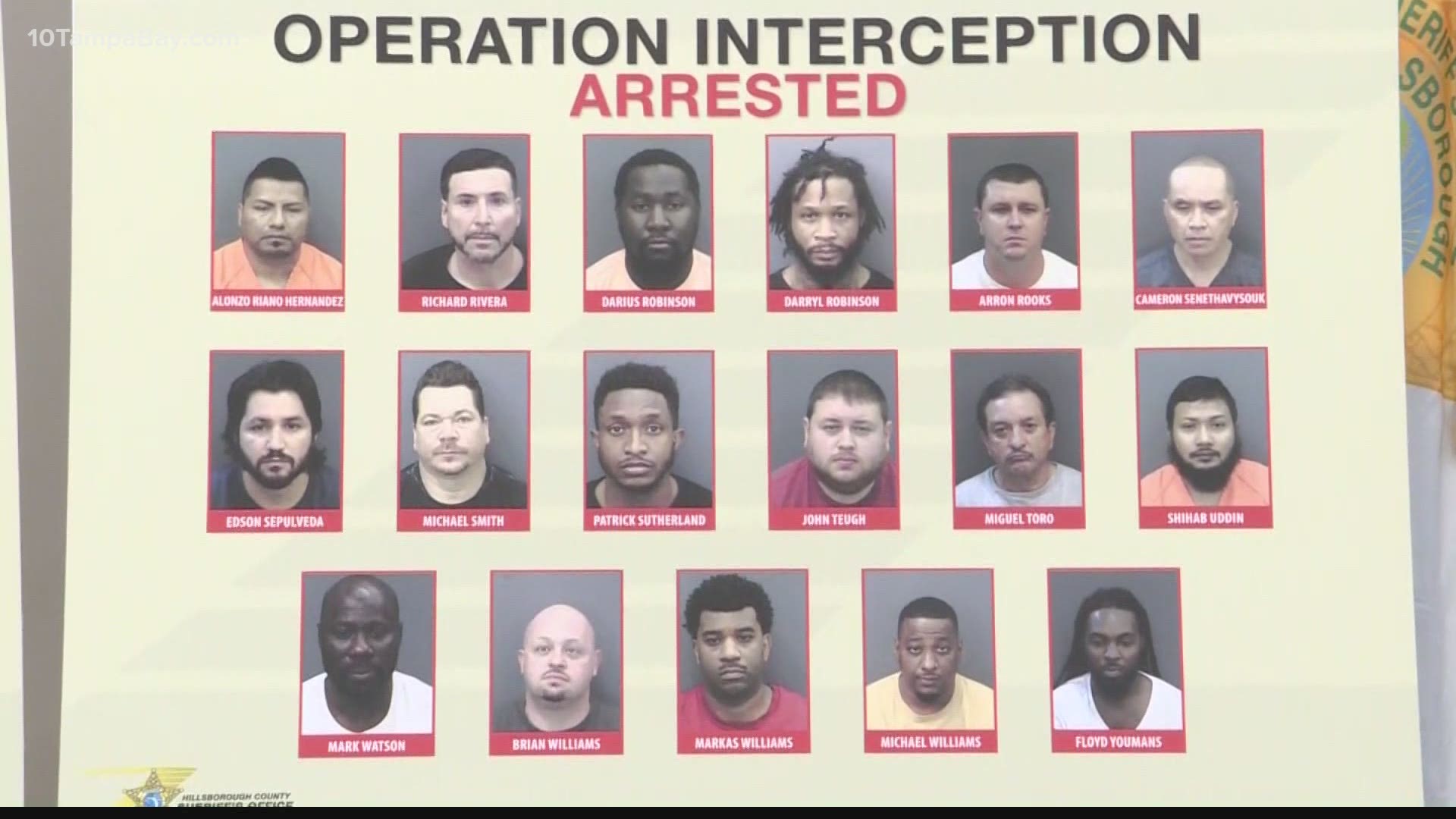 "Operation Interception" resulted in the arrests of 71 people, the sheriff said. All were charged with soliciting another to commit prostitution or entering/remaining in a place for prostitution. He said those arrested include a Christian school teacher, local business owners and active military members. Two men arrested are registered sex offenders, the sheriff's office said.

"With less than a month until the big game, our covert operations continue, seeking those who choose to sexually exploit others here in our community,” said Sheriff Chad Chronister. “Our goal, as the operation name explains, is to ‘intercept’ individuals involved in sexual exploitation before they are able to take advantage of vulnerable individuals, and ultimately, to deter others."

The sheriff's office said the investigation was a month long and extensive. During the press conference, Sheriff Chronister said this operation is part of an investigation ongoing for two years. And, the overall investigation will continue.

“Operation Interception” is one of many ways the Hillsborough County Sheriff’s Office is fighting human trafficking leading up to the Super Bowl in Tampa.

“Like any major sporting event, the Super Bowl should not be a venue where these types of crimes occur on the sidelines, whether it's before, during, or after the game,” said Sheriff Chronister. “We know from past experiences with major sporting events that there will be some who travel for the exclusive purpose of taking advantage of women and children. I want to make it very clear, if you are planning to engage in the sexual exploitation of others, I’m urging you to think twice. We will find you, and you will be arrested."

You can watch the full announcement here:

If you or someone you know is a victim of human trafficking there is help. The National Human Trafficking Hotline operates a 24-hour hotline and can be reached by phone at 1-888-373-7888, by texting HELP to BeFree (233733), or by chat to talk about your needs, your options, and the resources they have available to help you.