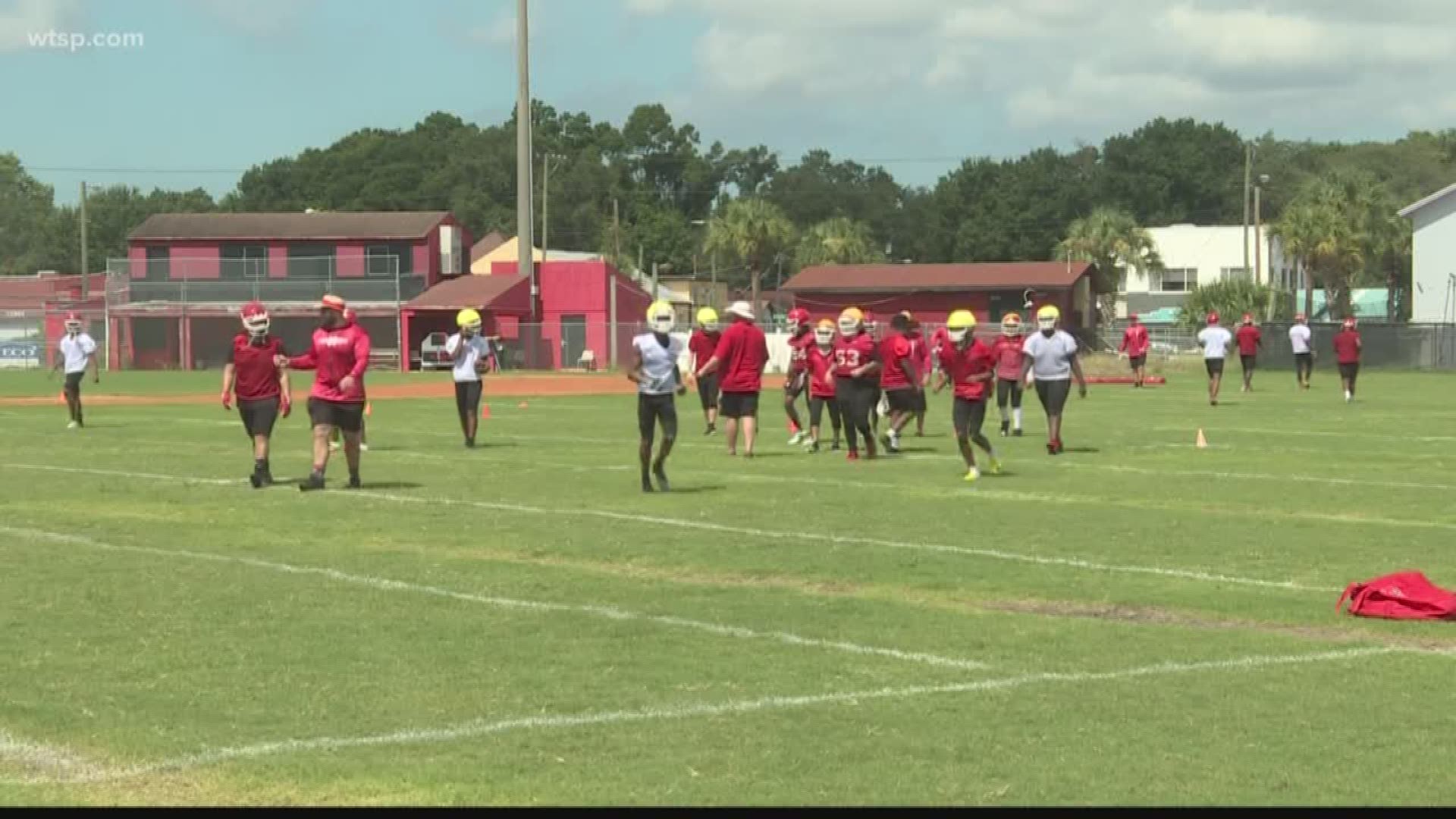 Eakins said the district found Walters' student-athlete clearance forms had not been completed when conditioning began. Part of the paperwork included watching required safety videos, including one on heatstroke.

According to Eakins, coaches did not follow protocols because several other students hadn't finished their required paperwork either.

Eakins said the district is expecting a lawsuit.

The district demoted and transferred the assistant principal at Middleton High School who was responsible for overseeing the conditioning drills, Eakins said.

Eakins also said the district transferred the head coach, who will no longer be a coach either.

When Walters collapsed, Eakins said coaches did not use the school's defibrillator because they said he was breathing after he collapsed. Eakins said they poured cold water on Walters and called 911.

Eakins said the district recommends each school have a full-time athletic trainer. More than half of the district's schools have trainers, but they're not part of district staff and don't work during summer conditioning at all schools.

Eakins said he is devastated by Walters' death and expressed his condolences to the boy's family.

Related: Medical examiner: Teen who collapsed during football drills was in cardiac arrest