There are more than 300 Gold Star families in the Tampa Bay area. For each, the dedication of a monument along downtown Tampa‘s Riverwalk is deeply personal. 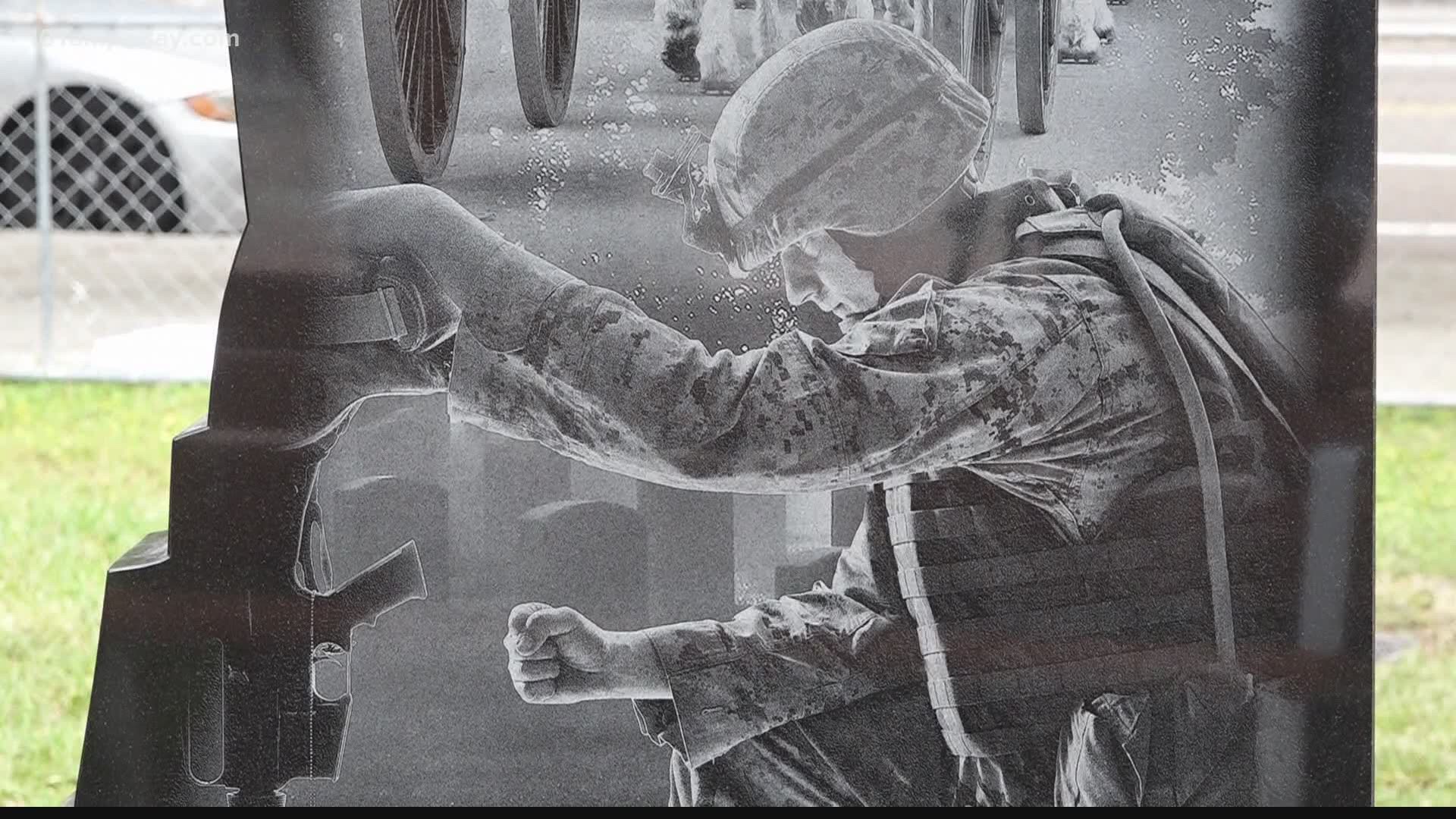 TAMPA, Fla. — On Saturday, downtown Tampa will become home to the nation’s newest Gold Star family monument -- dedicated to those who have had a loved one make the ultimate sacrifice for the country.

“It brings me to tears. It does,” said Toni Gross, a Gold Star mother, whose son Frankie was killed in combat on July 16, 2011.

There are more than 300 Gold Star families in the Tampa Bay area. For each, like Gross, the dedication of a monument along downtown Tampa‘s Riverwalk is deeply personal.

“It’s always hard to go to these sorts of ceremonies and dedications for the monuments," Gross said. “Because it is a reminder. But it’s a good reminder.”

Gold Star families have sacrificed a loved one for our freedom. And in many ways, they continue to sacrifice.

“I think we tend to forget the service of the fallen and the sacrifice of the families,” Gross said. “So, this is a great way, and it’s a great location on the Riverwalk.”

“Gold Star families for the first time in communities are coming together, getting acquainted with each other and being able to share with each other the grief they’ve been carrying no matter how long it’s been,” Williams said.

This will actually be Tampa’s second Gold Star memorial. The first was unveiled in 2015 at a Tampa Middle School.

There are now 73 Gold Star monuments. Seventy-three more are still in the works.

“We particularly thought it ought to be in a location where people of Tampa and people visiting Tampa would have an opportunity to visit,” said Calvin Reed, who helped champion the newest monument in Tampa.

Tampa‘s monument is loaded with symbolism -- Lady Liberty; raising the flag at Iwo Jima. There’s also a large cut-out in the form of a soldier missing – and missed.

The land surrounding the monument was set aside by the city of Tampa. It’s being renamed MacDill Park. It’s a spot where they hope our local military community can interact with the public, since high security at the Air Force base can sometimes make hosting those sorts of events challenging.

“It’s beautiful,” Gross said. “And I’m grateful that the city of Tampa and the various foundations have done such a thing to honor the service and sacrifice of the fallen and the families they left behind.”