The district is implementing a process designed to reduce racial disparities in student discipline. 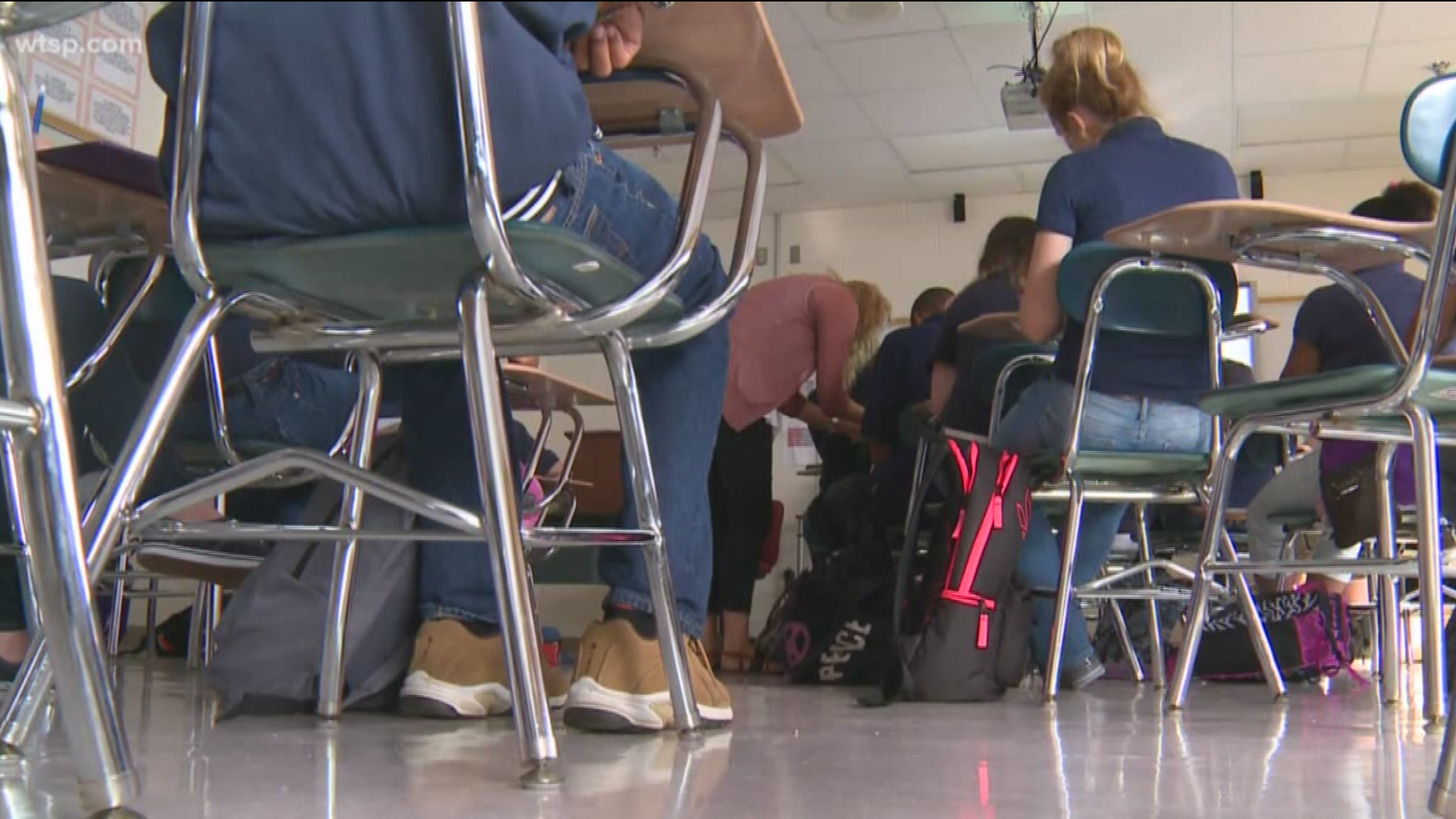 PINELLAS COUNTY, Fla. — A grassroots group of concerned parents, grandparents and career educators stood in support of one another at Tuesday’s Pinellas County School Board meeting. Each of them are members of F.A.S.T. (Faith and Action for Strength Together) and came to voice concerns over the school district’s implementation of, what is known as, "restorative practices."

It's the social science that studies how to strengthen relationships between individuals and social connections within communities, according to the International Institute for Restorative Practices.

The IIRP says, in schools that fully implement restorative practices, student arrest and suspension -- and overall racial disparities in discipline -- go down. Restorative practices are also said to increase a feeling of safety among teachers and reduce teacher turnover.

While Pinellas County Schools is in its second year of a district-wide implementation of restorative practices, F.A.S.T. leaders say the school district can do a better job of putting them into practice.

“We didn’t see the teachers really getting the training and support they needed to make it effective," said Janice Metz, a former private school teacher and principal who is now a member of F.A.S.T. “All teachers and aids should be aware of what it is and be trained for it, and in some schools they hadn’t even heard of it after it had been, supposedly, in existence.”

District leaders say the implementation is an ongoing process, saying two years isn’t enough time to fully realize every aspect of restorative practices throughout the district. According to the district, more than six thousand staff members have been trained on them.

“We have a plan that we believe aligns with what their vision of what they want us to accomplish with restorative practices," said Pinellas County Schools Area 3 Superintendent Robert Poth. "I think the more we go down this road of implementation, the closer we’re going to come together in our beliefs on what it’s going to look like in our classrooms.”

But other F.A.S.T. members said they felt like the district wasn't taking their concerns too seriously.

“I was very disappointed when they tried to set a stage basically to discredit who we are and what our efforts are and what our intentions are," said F.A.S.T. member Pastor Robert Ward. “Superintendent Grego started out in the spirit of basically setting the stage that we were not informed, that we don’t do our homework, that we have been misguided and that’s absolutely not true – and wanted to paint a better picture that they were doing everything right, getting the job done, going through the right process, using the right tools, calling in the right experts, and that’s absolutely not true.”

"I believe that F.A.S.T. members are communicating with the Institute, the IIRP, and it’s an organization that’s committed only to Restorative Practices so their belief is, if we get it from the corporate office that, somehow, the training will be better," Poth said. "I don’t know how else to assure them that we are in constant communication with that office.”

RELATED: Do sidewalks equal student safety? One group is pushing for change

RELATED: Many youths think high school diploma is enough to get a good job, poll finds