St. Pete Mayor Rick Kriseman said the positivity rate for new cases is at its lowest in two weeks. 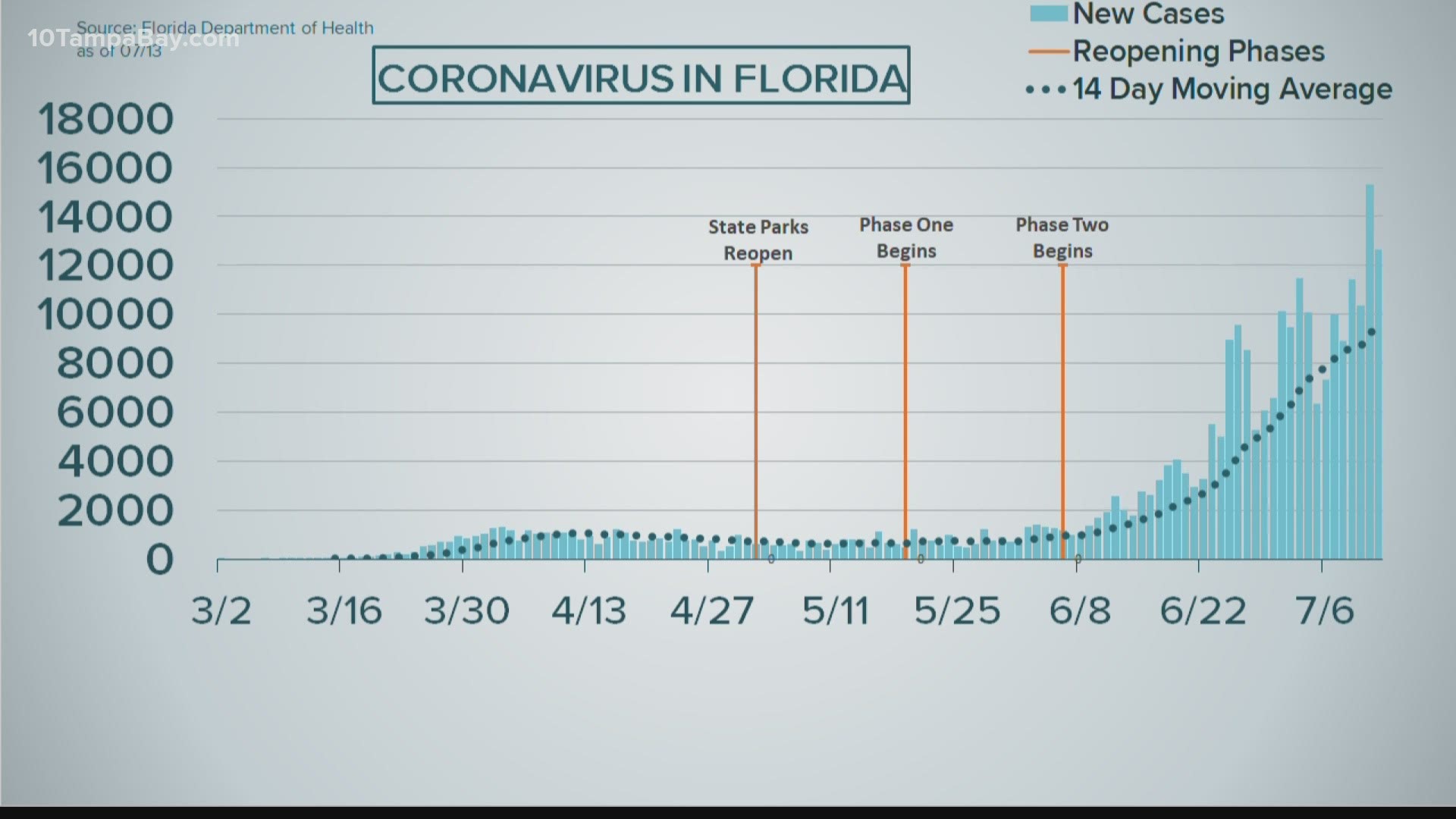 In the battle against COVID-19, how is Pinellas County doing?

On Monday, St. Petersburg Mayor Rick Kriseman tweeted that the county's rolling two-week average of percent positives is at its lowest in more than two weeks. And, Kriseman said the dip in the positivity rate could be due to the county's mask mandate.

Pinellas County's rolling 2-week average of % positivity for COVID is now at its lowest total in more than 2 weeks. We've had 4 straight days under 10%. Data may now be reflecting our mask mandate.

More context: I am referencing the rolling average for two weeks. It's an important measuring stick for us 7.7% yesterday but it still brought down our 2 week average. Just a bit of hope and encouragement to keep doing right thing. pic.twitter.com/PoiAvZQS5U

The state's updated report shows 11,358 cases confirmed in Pinellas -- the seventh-highest area in the state. The only other Tampa Bay area county with a higher case total is Hillsborough with 19,723.

RELATED: Florida coronavirus: How to search for COVID-19 cases by county and zip code

In the last two weeks, the county's percentage of positive test results each day has been as high as 16 percent and as low as 5.6 percent, according to the Department of Health. Kriseman is correct, based on the state's data, that in the last four days, Pinellas County has had positivity rates under 10 percent each day.

Before that, since June 29, each day saw positivity rates at least 11 percent.

From July 9 through July 12, there have been 21,799 test results turned in from Pinellas County, according to the state's report. However, according to state data, the lowest positivity rate for the county was reported on Sunday at 5.6 percent for July 11's test results.

Still, the positivity rate reported on Monday for July 12's test results was under 10 percent -- 7.7 percent. Monday's report also coincided with the highest number of test results turned in for the county in two weeks.

When it comes to hospitalizations, data from the Agency for Health Care Administration showed 223 COVID-19 hospitalizations in Pinellas County. And, 468 of 2,894 staff hospital beds are available as of Monday morning.

Statewide, the health department reported another 12,624 new cases of coronavirus as of Monday. In the Tampa Bay area, 1,105 people were hospitalized with COVID-19 as their primary diagnosis.