Officer Ken Foley died while on duty, suffering from a medical episode. He was 57 years old. 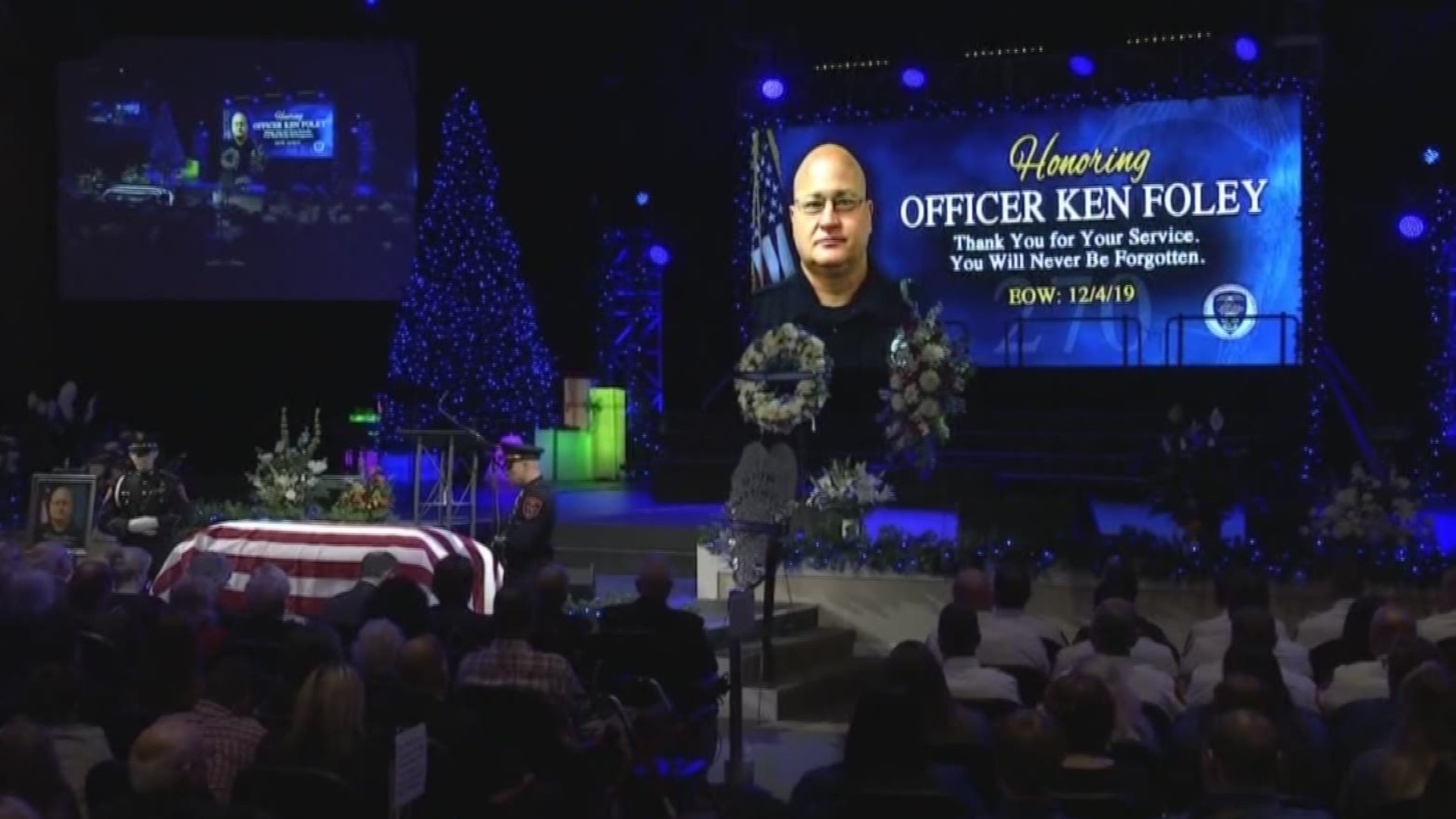 LAKELAND, Fla — Police said a final goodbye to one of their own. Officer Ken Foley was laid to rest with honors, after serving the department for nearly three decades.

Foley died last week while on duty. Co-workers found him unresponsive in his police cruiser. The medical examiner says there was no sign of violence, believing he suffered a medical episode.

“He would always come by the supervisors’ table after each briefing and you give each supervisor a fist bump before he would hit the street," Thompson said. "You could count on it. I mean, if he didn’t do that, there was something wrong in his world."

At First Baptist Church at the Mall, Foley was remembered as a loyal husband and loving father to two daughters.

He was a devoted public servant who always seemed to have a kind word.

“In all the years I knew Ken, I never heard him utter a discouraging word to or about another person,” Thompson said. “This is a rare trait in today’s day and age.

"And one that we can all learn from.”

There, the jarring sound of a 21-gun salute, the wail of bagpipes and the hum of helicopter rotors all combined in tribute to Foley -- a man Chief Ruben Garcia called an everyday first responder with an infectious smile and positive attitude.

It’s a huge loss, he said, to the department and the Lakeland community.

“Ken really did try to leave folks better than he found them. Good-natured. Smiling. Always a positive attitude. The members of the Lakeland Police Department and myself will remember Ken just that way,” Garcia said.

“He was a very humble man,” Thompson said.  “A man that each and every one of us who lives here should learn from, living the life of Ken Foley.”