Sarasota deputy placed on leave after struggle with teenage inmate

Deputy Neil Pizzo says he had to defend himself and the others in the room. 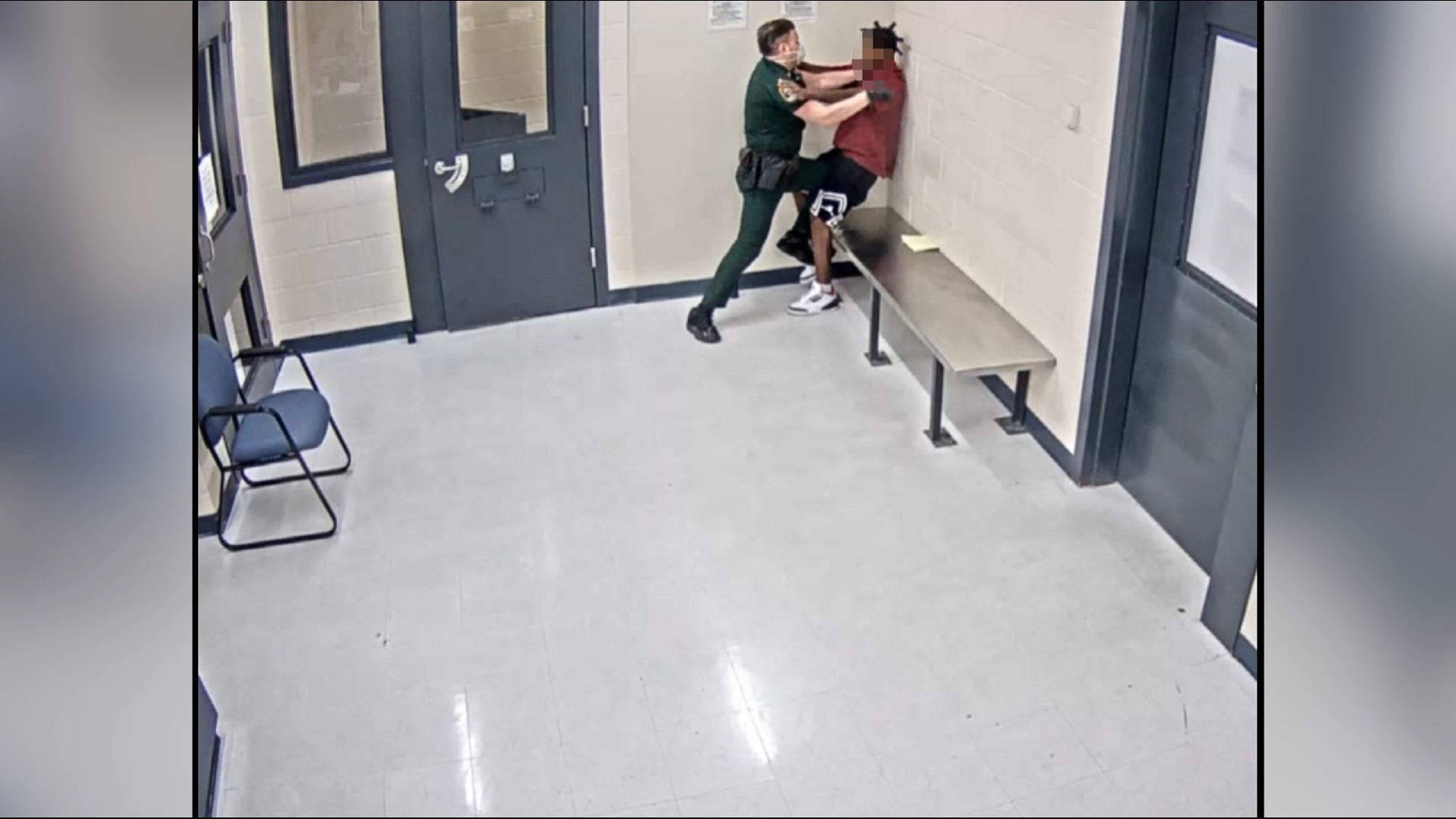 SARASOTA, Fla. — A Sarasota County Sheriff's Office deputy is on administrative leave after video showed a struggle between him and a teenage inmate.

Surveillance video from Sept. 1 captured Deputy Neil Pizzo, a 46-year-old law enforcement officer with 18 years of experience, in an encounter with the 17-year-old inmate at the corrections facility.

Sarasota County Sheriff Tom Knight told Florida Politics he watched the full video in slow motion and, at the time, said, "We've got a problem."

The teen is seen with his hands in shirt and Pizzo motioning to him. At one point, the teen reportedly told Pizzo, "I'll kill you cracker if we on the streets, "I'll blow your f****** head off, you ain't a real cop."

Pizzo claims the teen was asked several times to take his hands out of his boxer shorts and shirt – a practice to make sure he wasn't harming himself or anyone else around him.

As Pizzo walked over to the teen, he reportedly said, "F*** you, I'm code, I'm not going to do it cracker, I'd blow your top off."

The narrative provided by Pizzo claims the deputy "saw the look in his eyes and the stance that he immediately went to." Pizzo says he was "forced to step in and defend myself and the other persons within the room."

Video shows the deputy grab onto the teen's neck as he tries to fight back and grab onto the deputy before the two are joined by 36-year-old Deputy Earl Matthews, who has 14 years in law enforcement. The teen was, "extremely strong and I could not hold him to the wall any longer," Pizzo said.

Video shows Pizzo hitting the teen as the deputies try to restrain him. Matthews, according to his narrative, says after the teen was taken to the ground, he tried to secure his legs to avoid being kicked.

The teen was taken to Sarasota Memorial Hospital for treatment of a cut on his head.

"It appears we have a violation of policy, and we relieved him [Pizzo] of his ability to go to work," Knight told Florida Politics.

Records show the teen was arrested on possessing and selling cocaine, contempt of court and a probation violation.

RELATED: Police: Man arrested after barricading himself inside home with woman and child