School board members have called for Dr. Todd Bowden's resignation. He said he will take suspension with pay, along with other requests. 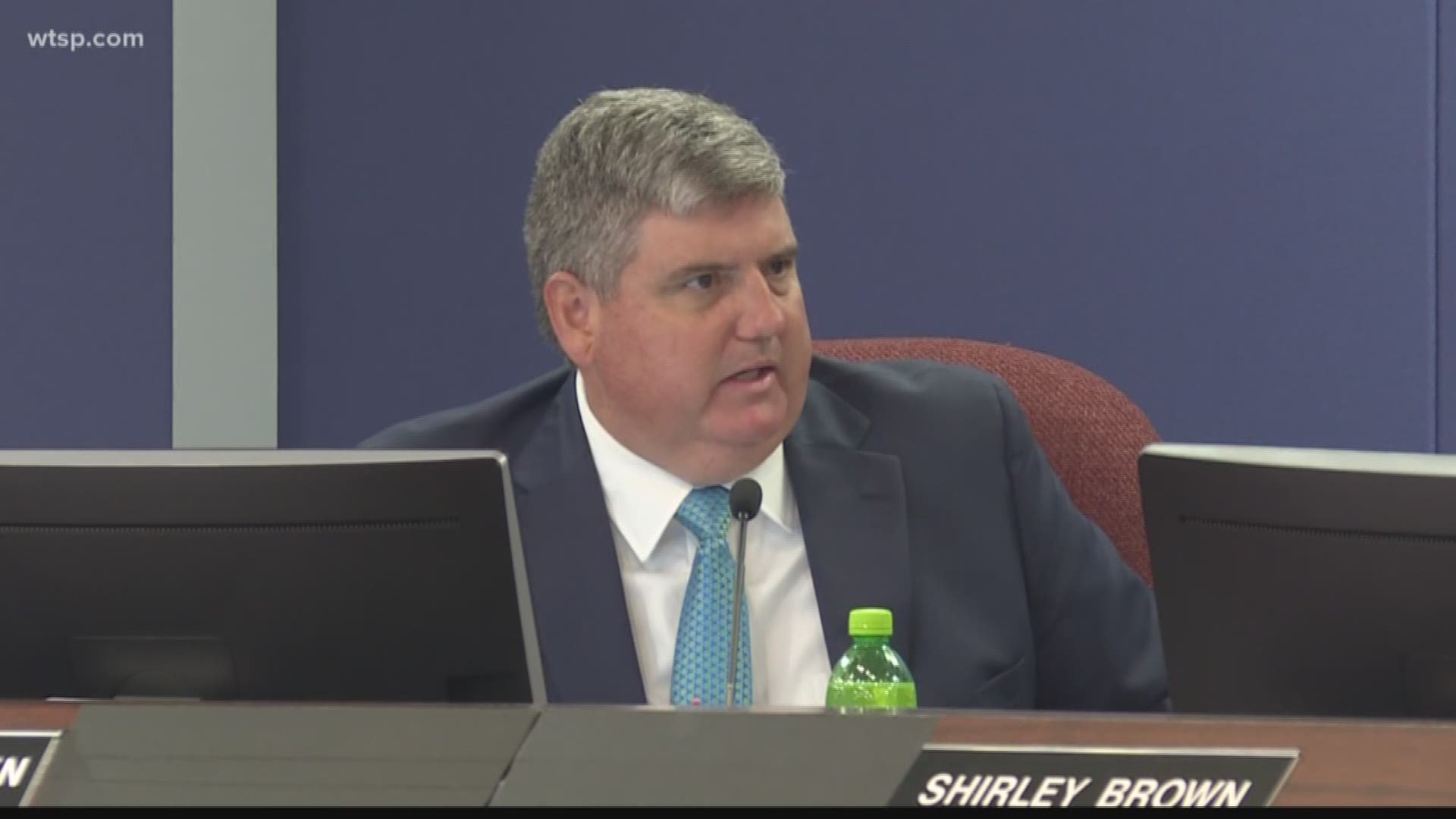 SARASOTA, Fla. — In the days after the assistant superintendent was fired because of an investigation into sexual harassment claims, Sarasota County school board members have been discussing what should happen to Superintendent Dr. Todd Bowden.

Bowden was mentioned in the third-party investigation report for his handling of complaints about assistant superintendent Jeff Maultsby. The report states Bowden's actions played a primary role in the district's failure to promptly and adequately address claims of sexual harassment, a hostile work environment, retaliation and threatening behavior.

Two school board members called for Bowden's resignation. Bowden announced Tuesday ahead of a special meeting that he will take a suspension with pay until the end of the year in exchange for:

10News obtained the proposal sent to all five school board members on Tuesday.

School board member Bridget Ziegler thinks the proposal is egregious, terrible and only focused on his own self-preservation, rather than the good of the school district.

RELATED: This isn't the first time Sarasota superintendent has been investigated

RELATED: Sarasota school board member on superintendent: 'Any true leader would resign'

Maultsby was fired Monday. The months-long investigation looked into Cheraina Bonner's complaints about Maultsby, whom she worked for as an administrative assistant.

Bonner says she was sexually harassed by Maultsby and faced threats of retaliation when she reported the harassment to Bowden.

After a five-hour-long meeting, the board passed a motion to vote to either terminate or suspend Bowden. His current contract requires a 30-day notice of any disciplinary vote, which is why the vote will take place Dec. 10.

It will take a supermajority of four of the five board members to fire or suspend Bowden.

An emotional day at the school board meeting ended with Bonner’s lawyer, Sarah Blackwell, announcing she filed a civil suit on Bonner’s behalf.

“We have come because I filed a lawsuit yesterday, sexual harassment and retaliation complaint against the school board, we had them served today,” Blackwell said.

Blackwell says they would settle, and that the school board has 20 days to respond. A representative with the school district says they just received the lawsuit today and plan to review it in the coming days. 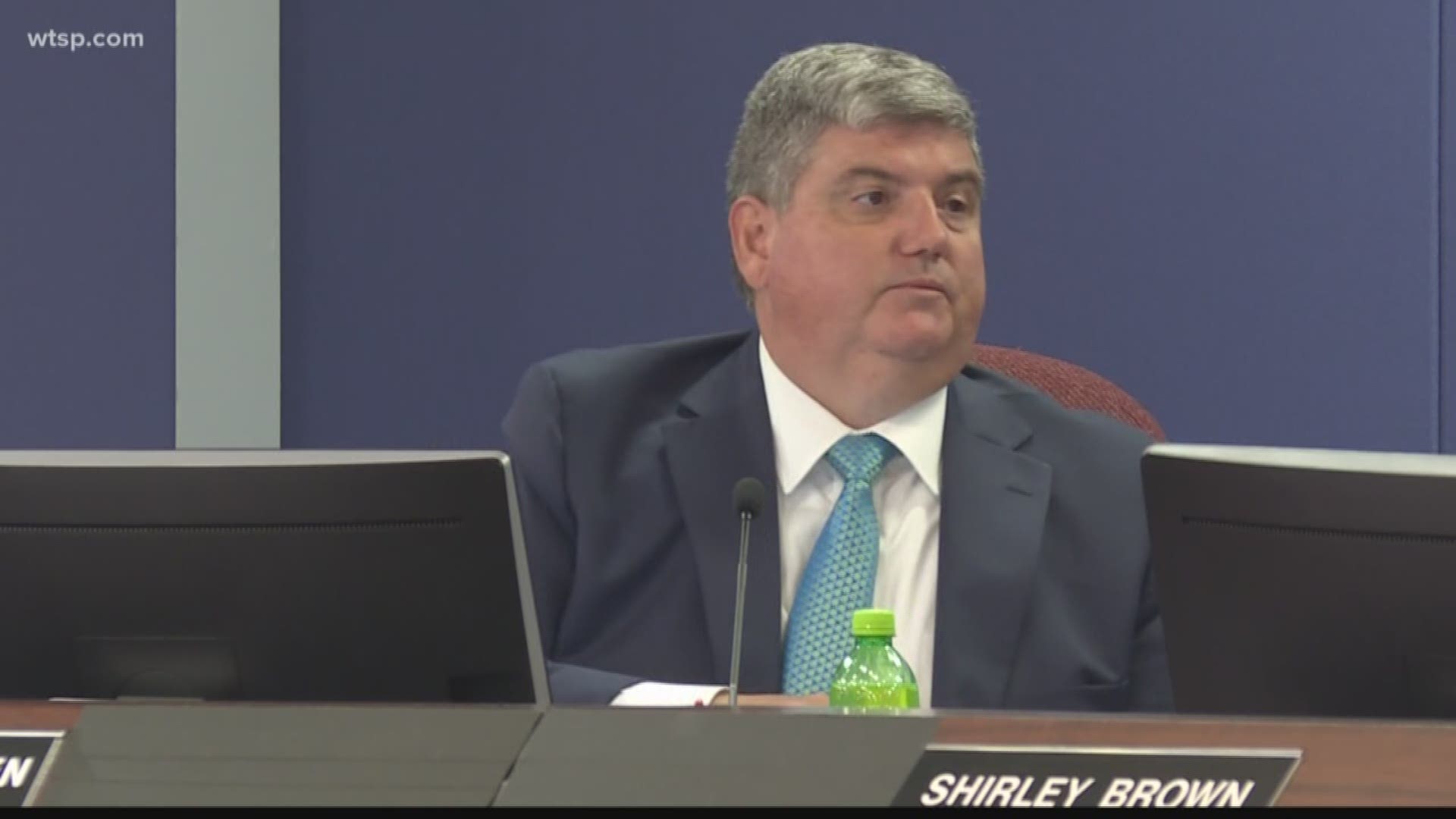 “For the last three years, I have thoroughly enjoyed serving this incredible school district as superintendent. During my tenure, we have not only maintained our tradition of excellence as an A-rated school district but have also developed new programs and processes to ensure the success of every student, every day.

"From increased graduation rates for college and career-ready seniors to summer learning academies that help our youngest of students and their families learn, to food programs that help end hunger in our community, the work our administrators, teachers, and staff do to improve the lives of our children is extremely commendable, and it has been an honor to serve as superintendent.

"Regardless of what transpires today, I believe I have served the District honorably, and I look forward to continuing to serve our schools and further advance academic achievement for our students.”