St. Pete Pride leads the way to inclusivity with TransPride marching out front

It's the only pride march to have the transgender community and allies lead, inspiring younger members in that group. 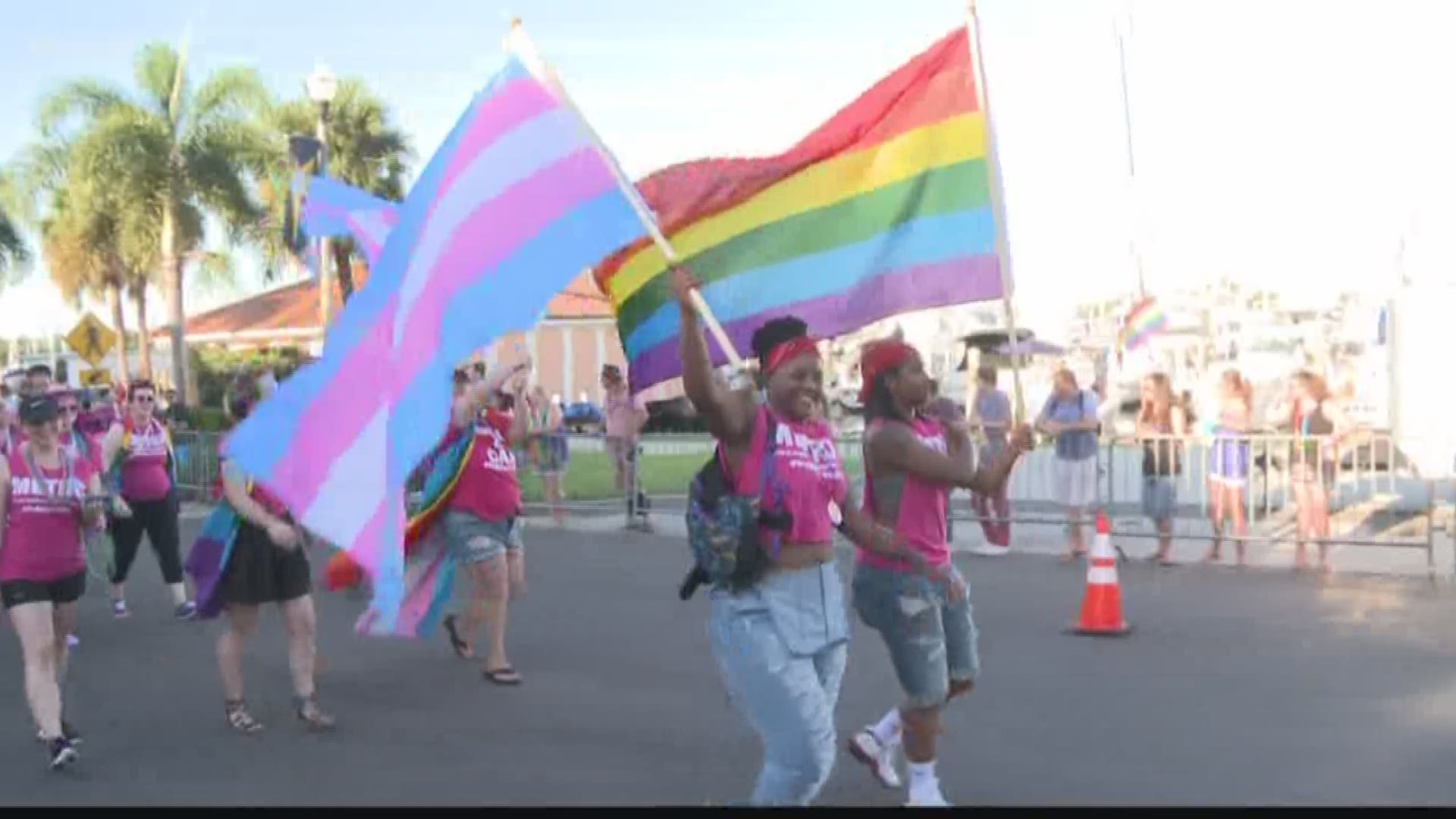 ST. PETERSBURG, Fla. — The St. Pete Pride parade is days away, and the group that will be leading the parade, as they have for the past two years, are the TransPride marchers.

St. Pete Pride Board Vice President and founder of the TransPride March Nathan Bruemmer says it’s the best place to be.

“When I was asked to join the board and I looked at how we’re really going to provide visibility for our community, I think it is important to have, and elevate, the trans community front and center," he said. "And that’s why we lead the parade.”

Bruemmer says that St. Pete has the only march led by members of the transgender community – and that prominent position has become a source of inspiration for young members of that community like Elliott Darrow.

Bruemmer says the effects can have lasting impacts.

“The stories and the feedback that I get, especially from families and young people, about what it’s like to be accepted. To hear 200,000 plus people cheering for them, when they’re used to walking the hallways at school and being bullied, is life-changing, and I think sometimes, life-saving.”

Darrow was so inspired after last year’s march that he immediately submitted an art design for this year’s T-shirt. It took the board members a couple months to look over things, but then …

“Nathan told me like, ‘Hey they liked your idea.’ And I couldn’t believe it. I just thought I’d throw it out there and it might come around. So it was so exciting,” exclaimed Darrow.

A thousand people will be rocking Darrow’s design, but at this point over 1,800 people are registered to walk in the TransPride march, double the number from last year.

And even though his shirt will be different, Darrow expects his reaction will be the same.

“That’s an experience that cannot be replicated. And having that with you, and having that memory with you even throughout the year ... but all those people at the trans pride march love me. Like, you can't replace it. It's amazing.”