A 17-year-old was electrocuted and died. And, homes and businesses were damaged during the storms. 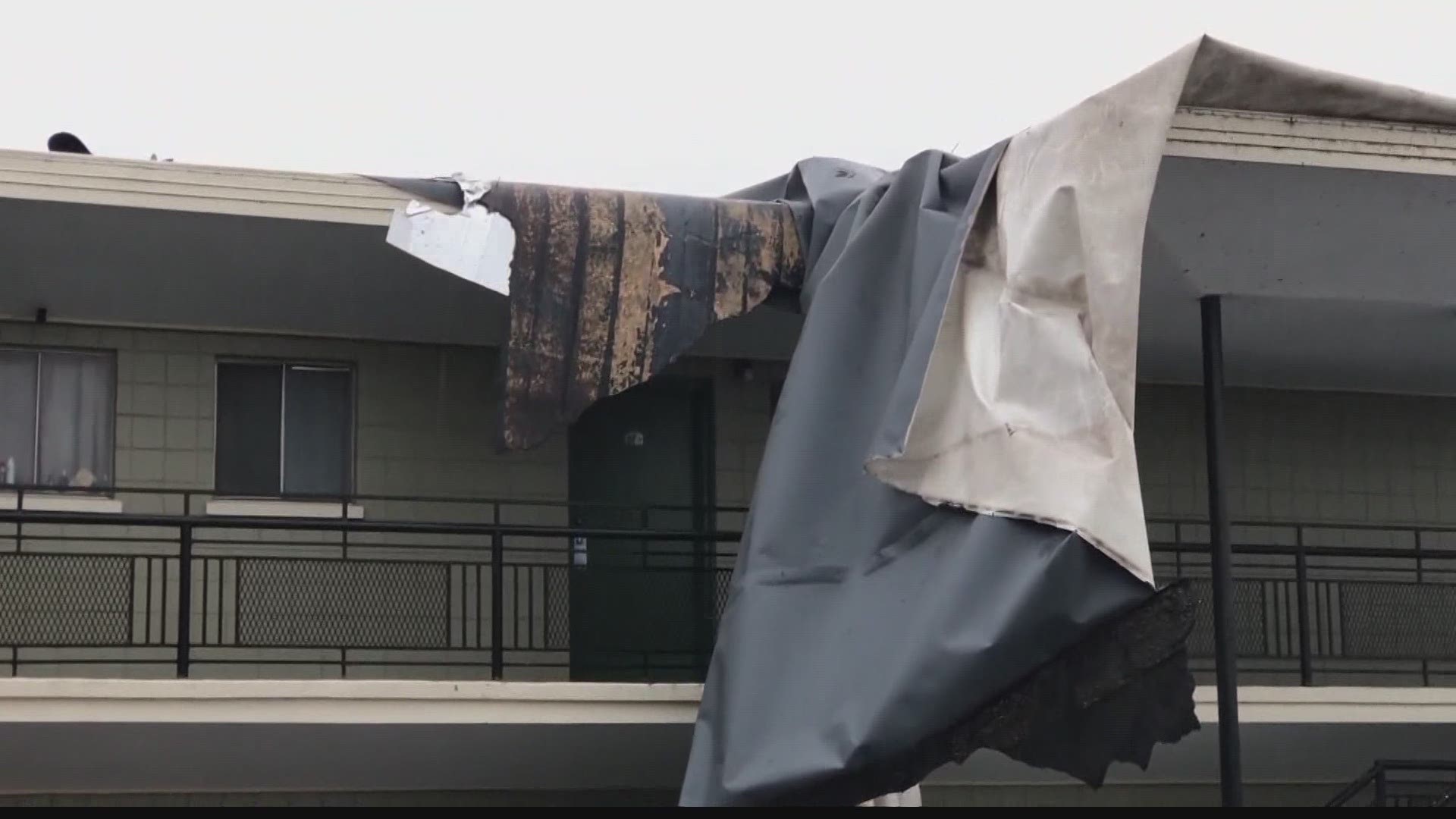 According to Florida Highway Patrol, the teen was driving on Evenglow Avenue in Spring Hill when she crashed into a power line that had fallen because of a downed tree.

The car then caught on fire on the driver's side and in an effort to escape, the girl jumped out of the passenger side of the car. She reportedly stepped onto the downed power line, which electrocuted her. Florida Highway Patrol is investigating the case.

Power line issues were felt across the area. Over the course of the day, around 13,700 TECO customers went without power and Duke Energy said that more than 8,000 of their customers were in the same boat.

High winds across the area caused major damage, such as in Palm Harbor.

Some businesses felt the impact of the storm too. Lake Wire Inn in Lakeland sustained damage to its roof. And so did Rum Runners in Palm Harbor.

Though things have calmed down now, the effects of the storm are still being felt.

Tampa International Airport says that they are seeing widespread delays and cancellations, so check your flight before you head out the door.

The weekend's severe weather is in the rearview, but experts are expecting an active hurricane season, which is right around the corner.