Sports teams give an assist to Tampa's growth and development

Despite a stop in the economy because of COVID-19, the city has bounced back stronger than before. 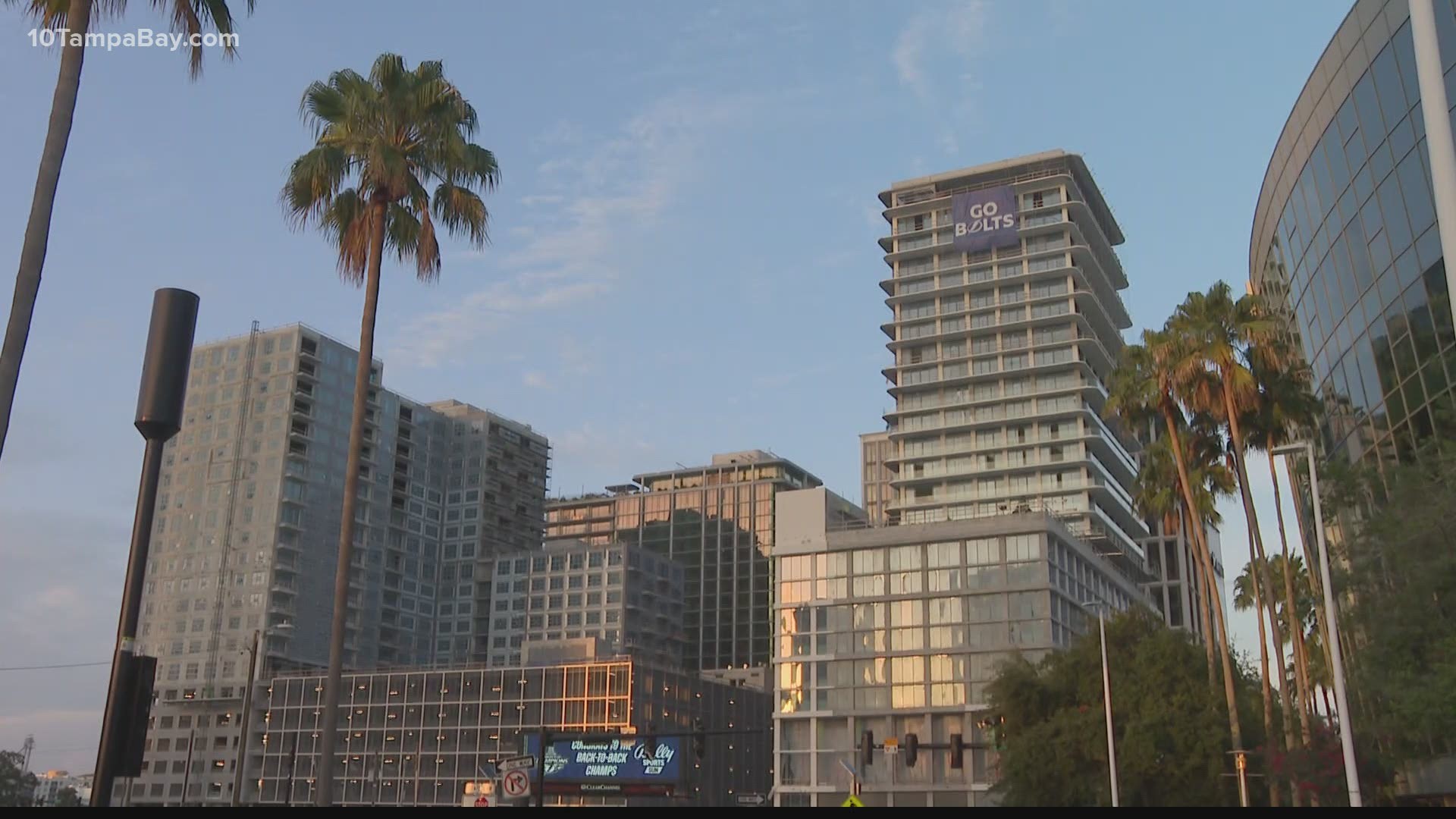 TAMPA, Fla — All eyes are on Tampa Bay after the Bolts won the Stanley Cup for the second year in a row and the city is reaping all the benefits.

"We were recently ranked number one city in Florida and number 22 in the entire country," Santiago Corrada, the President of Visit Tampa Bay said.

The city of Tampa continues to move up the ranks year after year.

If you take a look around downtown, you'll see all of the growth and development. When the Lightning won their first Stanley Cup 17 years ago Tampa's skyline looked different.

"It is just red hot here. We are creating entire communities around and it is a good time to be in Tampa Bay," Tampa Mayor Jane Castor said.

Fans agree, our sports teams are helping bring the action to the bay.

"We're a champ city man, this is Champa Bay! We're going to be a dynasty team not only just the Lightning, but the Tampa Bay Buccaneers winning the Super Bowl. This is going to be a great city. A lot of people are going to start looking at Tampa as a contender," Frank Leto said.

Despite a stop in the economy because of COVID-19, the city has bounced back stronger than before.

"We are back to record-setting from pre-pandemic, April beat April 2019, which was our most successful April month ever. May has just been in May of 2019. June and July are off the charts as far as preliminary numbers. As far as the hospitality industry, the hotel industry, we have come back way sooner than people expected," Corrada said.

It's the games, events and exposure that helped attract thousands to the city and those people keep coming back.

"Any time Tampa, Tampa, Tampa is mentioned on television throughout the world, that's exposure for us. Who knows who was watching the said, 'You know, those shots of Tampa look really cool. I want to go visit. I want to move there. I want to move my business there.' It's awesome," Corrada said.