Victims identified, NTSB finds recorder from plane crash that killed 10 on the way to St. Pete

The crash comes a week after another deadly crash. 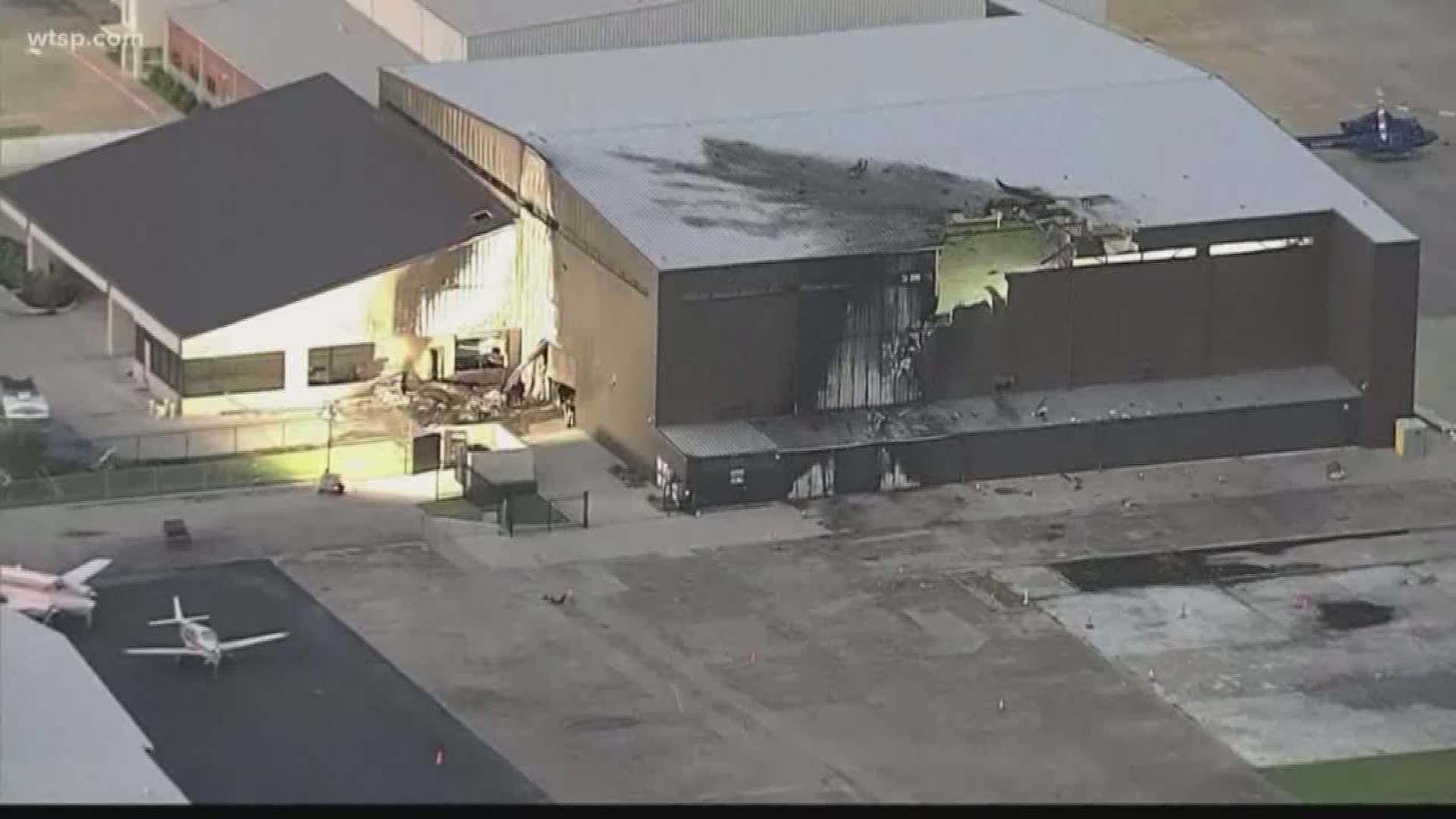 Eight passengers and two crew members were killed when a small plane, bound for St. Petersburg, Fla., crashed and burst into flames Sunday morning at a suburban Dallas airport.

The aircraft was headed to Albert Whitted Airport in St. Pete, but it never made it out of Texas.

The twin-engine Beechcraft BE-350 King Air plane crashed at 9:11 a.m. Sunday at Addison Municipal Airport, which is located in the unincorporated town of Addison — immediately north of Dallas.

Air traffic control had cleared the pilots to depart. The plane took off at the north end of the airport and reached approximately 300 feet before everything went wrong. It began losing power and altitude, then veered left and dropped its left wing before crashing into the unoccupied hangar and catching fire.

Control tower audio did not capture the pilot indicating any sort of emergency or trouble with the plane.

Fellow pilot David Snell, who witnessed the crash from a nearby hangar, told CBS News he had never seen anything like it in all his years of flying.

"It looked like it was clearly reduced power. I didn't know if it was on purpose or not, but then, when the plane started to veer to the left, you could tell it couldn't climb. My friend and I looked at each other and we're like, 'Oh my God. They're going to crash,'" Snell said.

The crash sent thick, black smoke billowing into the air, as firefighters raced to the scene. There were no survivors aboard the plane.

Despite the hangar being located near a busy commercial strip and densely populated residential neighborhoods, nobody on the ground was hurt.

The small plane had the capacity for approximately a dozen people, so it was nearly full.

Related: Family of 4 among 10 killed when plane crashed in Texas on the way to St. Pete 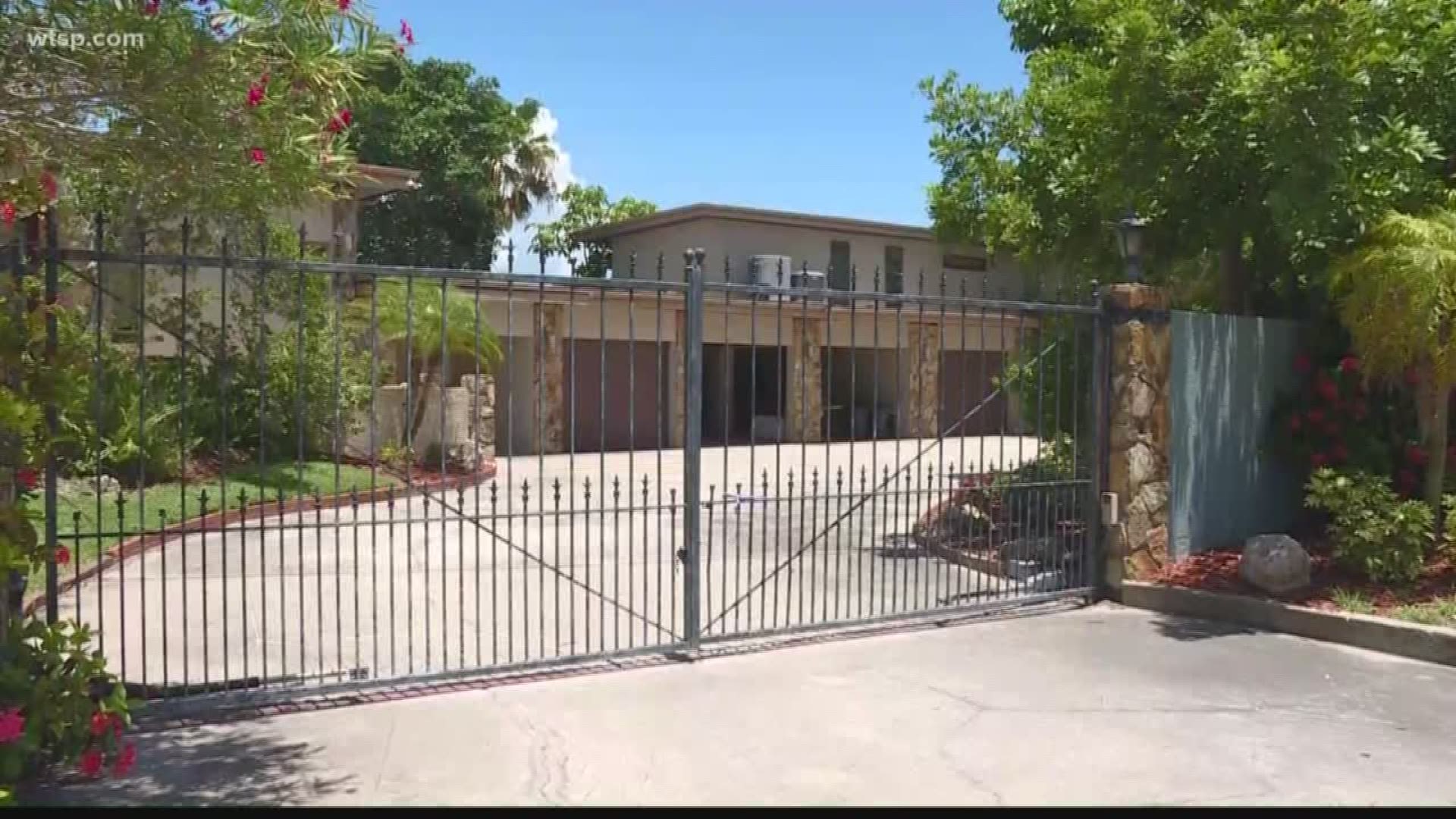 Nine of the 10 victims have been identified. We have limited information about them. Here is what has been confirmed so far.

Stephen Thelen, 58, was the managing director at a commercial real estate business called JLL for 11 years. His wife Gina, 57, was with him on the plane.

“We are deeply saddened by the tragic accident that took place yesterday. Our deepest and most heartfelt sympathies go out to Steve and Gina’s family and friends during this difficult time. Steve was a valued friend and colleague to all of us, personally and professionally. They will both be deeply missed."

Siblings Alice, 15, and Dylan Maritato, 15; their mother, Ornella Ellard, 45; and stepfather, Brian Ellard, 52, died in the crash, according to an email sent to parents from John Paul II High School in Plano.

Alice, 15, was a student at John Paul II High School, and Dylan, 13, attended All Saints Catholic School in north Texas.

The family members, who lived in Dallas, had strong ties to the Tampa Bay area and often visited St. Petersburg to spend time at a family getaway home – which backs up to Boca Ciega Bay and sits directly across the street from the Gulf of Mexico, along Gulf Boulevard.

Back in Texas, Brian Ellard was the co-owner of Mille Lire, an upscale Italian restaurant in Oak Lawn, Texas. He also enjoyed art.

“We are incredibly saddened by the tragic loss of our co-owner Brian Ellard and family Ornella, Alice and Dylan. Mille Lire was built around the tradition of our family, and as you can imagine, this sudden loss has affected us all. Our doors are still open and we are thankful for the support of our community. We continue to ask for thoughts and prayers for everyone involved."

The Catholic Diocese of Dallas released this statement Monday:

"The Catholic Diocese of Dallas grieves with the communities of All Saints Catholic School in Dallas and John Paul II Catholic High School in Plano as we mourn the deaths of Alice and Dylan Maritato, and their mother and stepfather Ornella and Brian Ellard, who died in an airplane crash on Sunday, June 30.  They were among eight passengers and two crew members aboard a small aircraft that was flying to St. Petersburg, Florida when the plane crashed into a hangar at the Addison Airport Sunday morning. Alice Maritato would have been a  sophomore at John Paul II and Dylan was set to enter 8th grade at All Saints in August.

Bishop Edward J. Burns, bishop of the Diocese of Dallas, expressed his sadness and called for prayer, “As a community, we are heartsick at the tragic loss of our students, Alice and Dylan, their mother and stepfather, and all who perished in the crash and offer special prayers for their families.  Please join me in praying God will bring comfort and peace to Alice and Dylan’s father and all who loved those who lost their lives in this tragedy.”

A private memorial Mass will be held Wednesday morning to allow the members of the All Saints and JPII communities to come together to mourn and pray over the loss of their friends. Funeral arrangements are pending."

Mary Titus, 60, and her husband, John, 61, were among the victims of the plane crash, according to the Tennis Competitors of Dallas, where Mary Titus served as the mixed league director.

Other victims of the crash were also members of the Tennis Competitors of Dallas, said an email sent to the TCD community.

"We are shattered by this loss as I know many of you who knew the involved families are as well," the email said.

"Mary was a true champion for the Mixed League and she loved working with all of you. I cannot tell you how proud I am of all that she has done for TCD and how greatly she will be missed," the email said.

Dallas County Judge Clay Jenkins identified 28-year-old Matthew Palmer as a victim in the crash. No further information was immediately available about him.

The Dallas County Medical Examiner's office has confirmed Howard Hale Cassady, 71, was among the dead.  No further information was immediately released.

The National Transportation Safety Board sent a team to investigate the cause of the crash.

Federal investigators have recovered the plane’s cockpit voice recorder. Its contents will be downloaded at the NTSB’s laboratory in Washington.

Investigators are unsure what may be on the recording, but they say early indications suggest communication between the pilots and air traffic control was normal.

Surveillance video of the crash exists, but the footage will not be released until after authorities conclude their investigation.

Todd DeSimone, the general manager of Chicago-based jet charter company Planemasters, said Monday that he used to own the plane but sold it to a company based in Addison, Texas, called EE Operations. Records confirmed that the plane’s tail number, N511EF, was registered to EE Operations in April.

A Delaware-based representative for EE Operations spoke with the Associated Press and agreed to pass along a request for comment on the matter. But, as of Monday night, the company had not provided a formal response to the AP’s request.

An FAA spokesperson said the pilots used the plane’s previous tail number in radio communications and for their flight plan. Questions about why the old tail number was used will be part of the investigation.

The crash comes a week after another deadly crash involving a slightly different model of Beechcraft King Air, which crashed shortly after takeoff in Hawaii – killing 11 people. The plane also caught fire, and everyone aboard died.

Textron Aviation, the manufacturer of Beechcraft planes, is working with the NTSB in the agency's investigation of the Addison crash and is prohibited from offering further comment, company spokeswoman Stephanie Harder told the Associated Press.

An FAA spokesperson said it was too early to draw conclusions about similarities between the crashes. 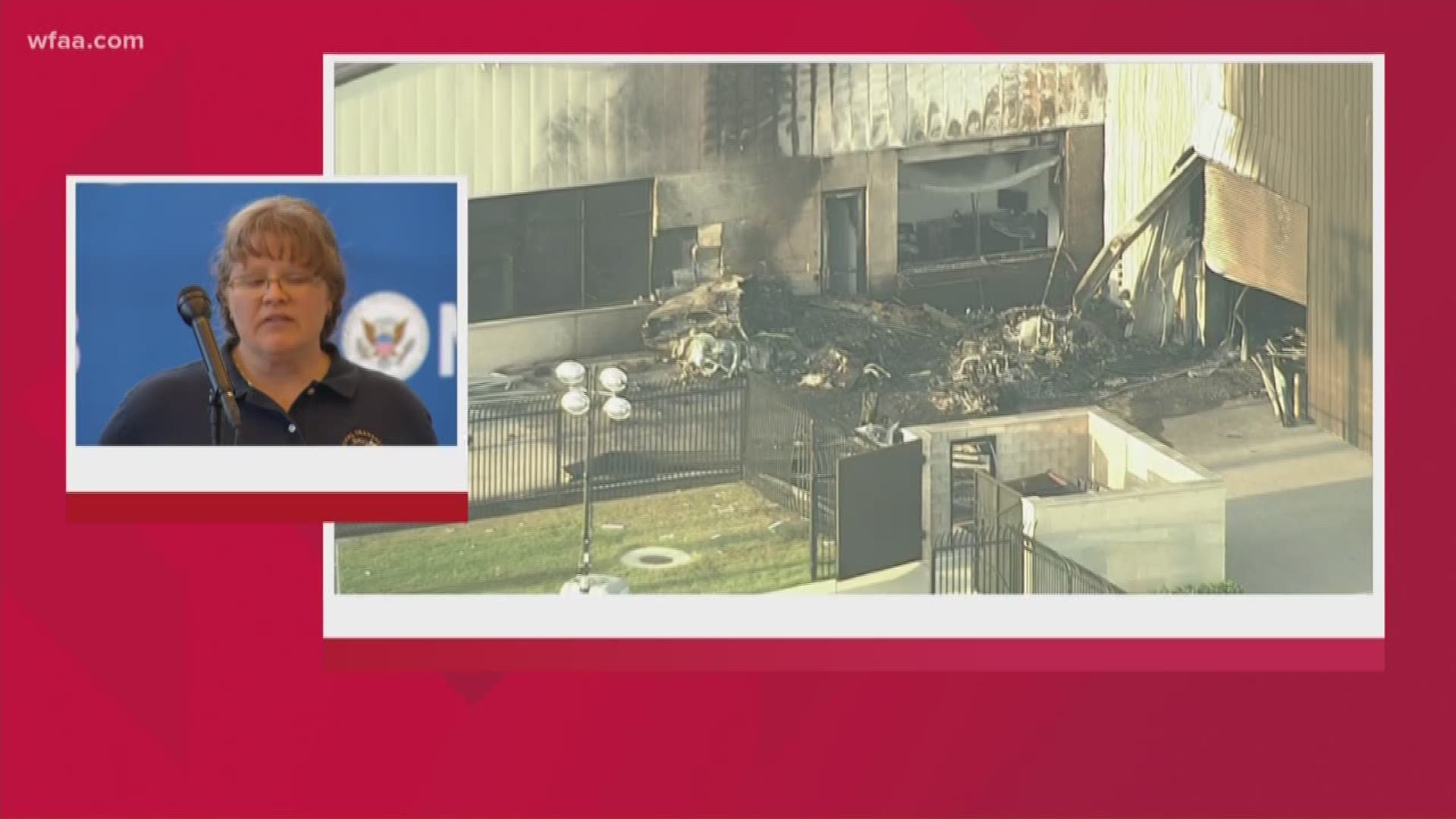