It's tax season. But, it's not exactly going the way some people had planned. 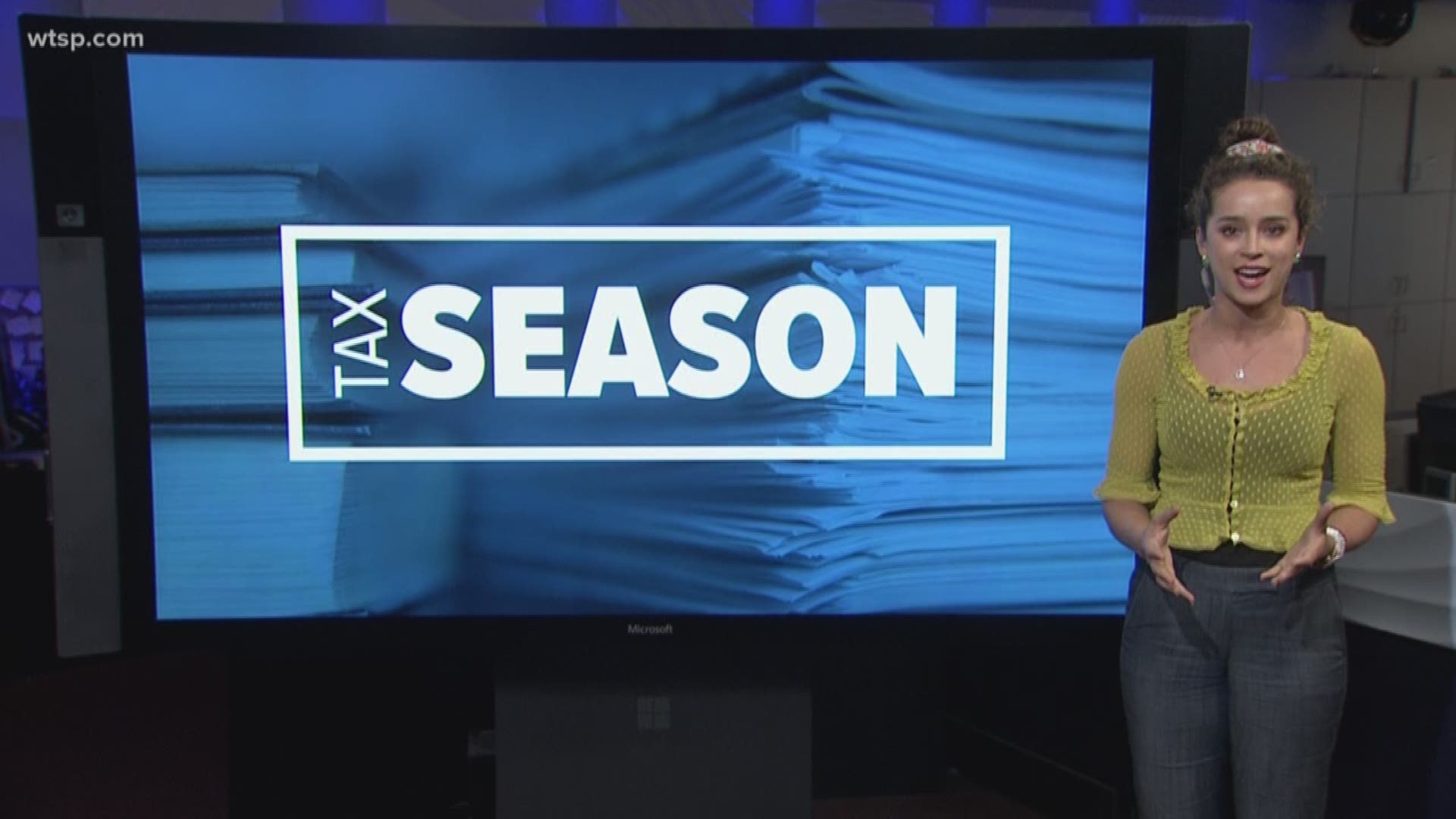 As Americans begin to file their taxes, many people are taking to Twitter to express confusion over their lower-than-expected tax refunds. Some of them are getting a worse surprise: They owe money to the Internal Revenue Service.

"Your tax plan screwed over my middle-class family," one woman wrote to President Donald Trump. "My $3,500 refund from last year is now $7. I'm a nurse and work so hard, and you stole from me."

According to the IRS, the average refund is down 8.4 percent compared to last year.

The reality, of course, is a little more nuanced. However, the optics might prove to be a challenge for the president's reelection campaign.

(Story continues after the tweets below)

How do tax refunds work?

Each year, you probably file your taxes in the weeks leading up to April 15.

But, you're actually paying taxes all year long. Your employer subtracts money from each of your paychecks and sends it to the IRS. Then, when you go to file your taxes, you compare what you owe to what you've already paid.

If you owe more than you paid, you have to send Uncle Sam a check.

If you paid more than you owe, the government gives you a refund.

According to Vox, most of you -- roughly 75 percent -- have typically fallen into the second category and gotten a refund.

"That’s because it’s a lot easier for the government to pay out refunds to people who overwithheld than to run around trying to collect cash from people who underwithheld," Vox explains.

Related: Read this before filing your taxes

What did President Trump's tax plan actually do?

President Trump signed the Tax Cuts and Jobs Act into law in December 2017.

As CBS News reported, the president promised middle-class workers would see their pay increase by $4,000 to $9,000 under the trickle-down tax plan.

Corporations are now being taxed at a rate of 21 percent instead of 35 percent. Theoretically, that's how you were supposed to get that big pay increase.

Here's the problem: Most corporations are handing those new profits off to investors instead of workers. According to CBS, just 6 percent of companies' tax cut-related savings are going to their employees.

For the lowest 20 percent of earners, income increased a mere 0.4 percent after President Trump's tax bill passed. For context, that's an average benefit of only $56. Post-tax income for middle-class Americans, rose between a modest 1.2 and 1.9 percent, CBS reports.

In comparison, the wealthiest 20 percent of Americans are seeing a nearly 3 percent increase in after-tax income under the GOP tax plan, according to Bloomberg (citing Tax Policy Center data).

Previous: Tax refunds will be sent out despite government shutdown

Why am I getting less of a refund or being forced to pay the IRS?

You're probably wondering what all that information had to do with your tax refund.

Here's the deal: When the tax cuts took effect, the IRS also changed the withholding tables.

That means the amount of money withheld (for tax purposes) in your paycheck was altered to more closely reflect your modestly-lowered tax burden under President Trump's plan.

You've probably been seeing slightly more money in each of your paychecks. But, because you're keeping a little more of your hard-earned wages every couple weeks, it also means you haven't been paying that money to the IRS. So, you shouldn't expect the government to owe you a bunch of money this year. The result? You will probably have a smaller refund -- or even owe some money.

“Americans are obsessed with their refunds. What really matters is whether your taxes went up or down, not whether your refund went down,” Howard Gleckman, a senior fellow at the Urban Brookings Tax Policy Center, told NBC News. “It’s really important that people don’t confuse their refund with the taxes they pay,” he said.

Even so, people have come to rely on those tax refund checks.

Americans with direct deposit, who may not necessarily examine every pay stub, may not have noticed the few extra dollars they're keeping in their biweekly paychecks.

However, when they do their taxes, they probably will notice if their tax refund looks smaller.

"Why is my tax refund 59 percent (literally 1000s of dollars) LOWER this year than anytime in the past seven years?" one man tweeted.

People living in states with higher income and property taxes could end up owing the IRS more money this tax season. As CBS News explains, that's because the Tax Cuts and Jobs Act caps state and local tax deductions at $10,000. So, if you live in a place like New York, you're going to want to be aware of that.

In the end, explaining this whole concept to people may pose a real challenge for the lawmakers behind the tax bill -- even if Americans are really keeping more of their pay in each check.

Related: If You’re Expecting a Tax Refund, Make a Plan to Grow It