Albert Ales and Zachary Morris were riding a motorbike when they crashed into a bus. 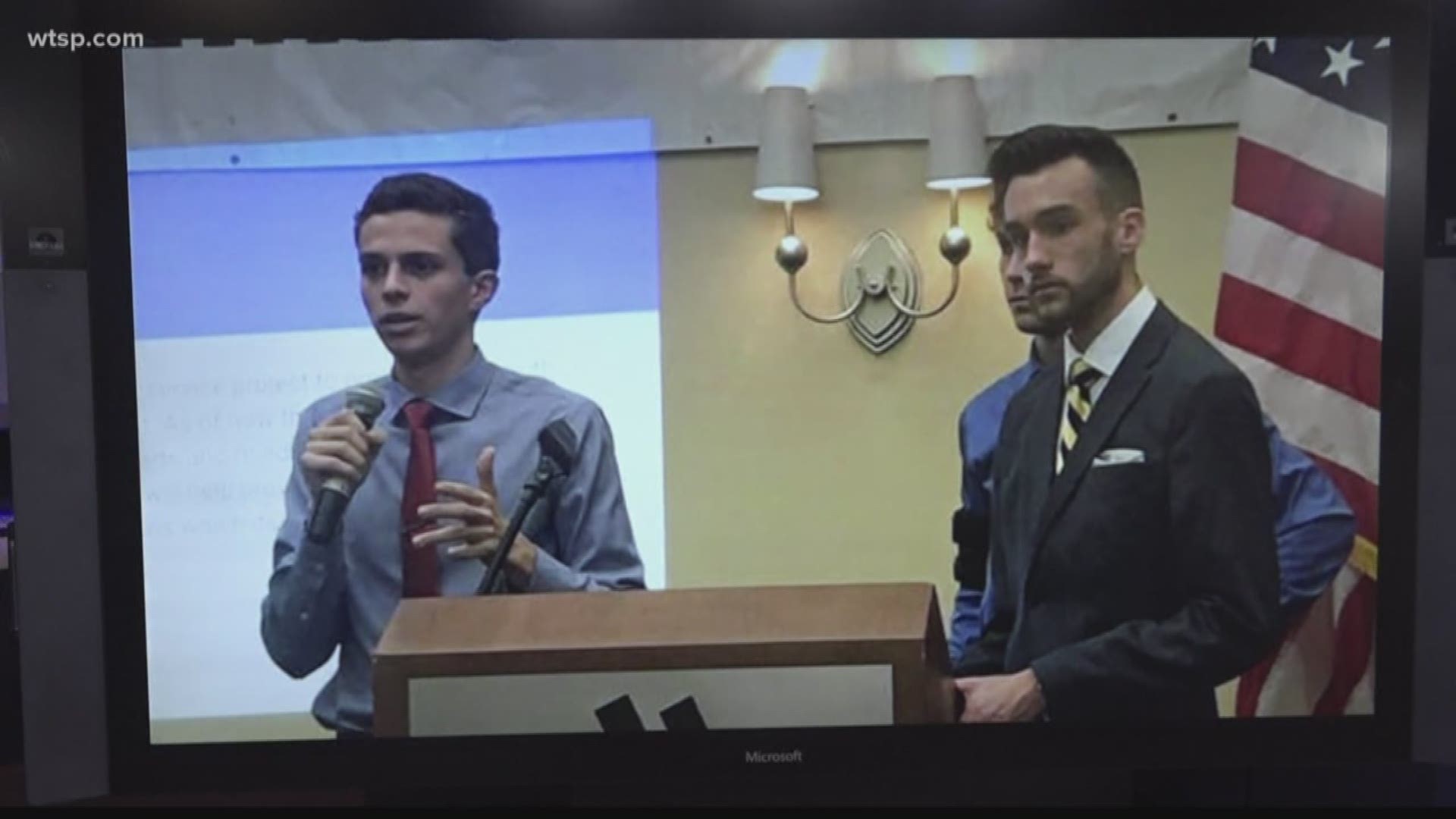 ST. PETERSBURG, Fla. — Two graduates of Southeast High School in Bradenton were killed after a crash while exploring Peru.

The school published a statement on Facebook acknowledging the deaths of Albert Ales and Zachary Morris, both 18 years old. It said they died Friday.

Peruvian news outlet La República reported Ales and Morris were riding a motorbike to the Saqsaywaman Archeological Park in Cusco when they crashed into a bus.

Both teens fell off and were taken to an area hospital but later died from their injuries.

"We hold their family and friends in our thoughts and prayers during this incredibly tough time," Southeast High School wrote on Facebook. "Class of 2019 and the Seminole family will forever keep you in our hearts."

Richard Platt, who taught them engineering for four years, said they were two of the brightest students he'd ever had. Ales was planning to go to the University of Central Florida college. Morris was going to go to Yale University.

“You don't believe it,” Platt said about their death. “They were such an integral part of my life, and the lives of other kids at Southeast High School for four years, and when you see such strong, dominant personalities that were so supportive and caring for other people, it's hard to say goodbye to them.”

Platt said the school will have counselors available to students and teachers this week.

The school is asking students to wear orange or Hawaiian shirts Tuesday to honor them. Platt also said they'll be dedicating part of the engineering lab to them.