The cause of Thursday's crash two miles off Grand Cay was under investigation. 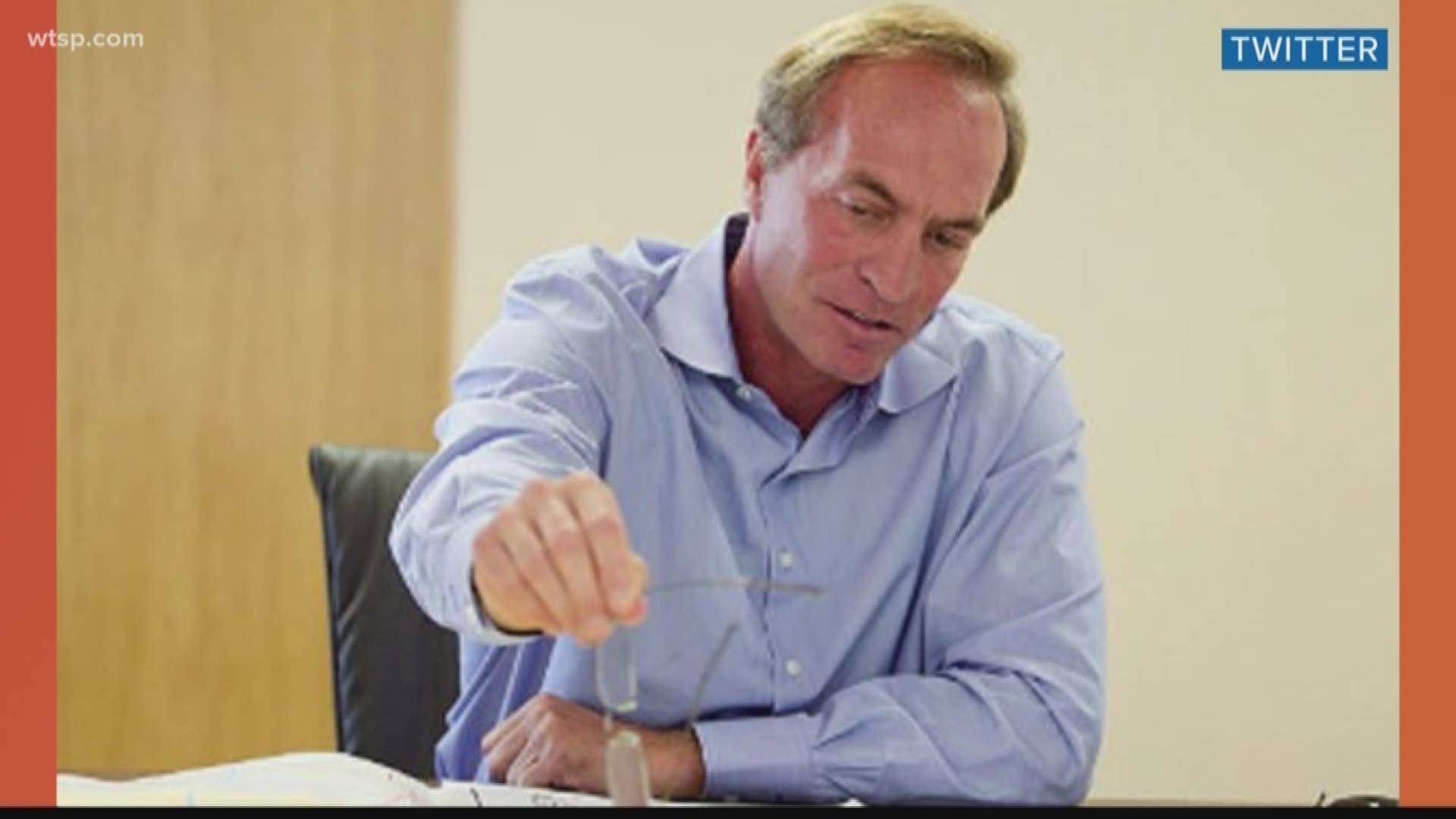 NASSAU, The Bahamas — Coal tycoon Chris Cline, who worked his way out of West Virginia's underground mines to amass a fortune and become a major Republican donor, has died in a helicopter crash outside a string of islands he owned in the Bahamas.

Cline and his 22-year-old daughter Kameron were on board the aircraft with five others when it went down Thursday, a spokesman for his attorney Brian Glasser said Friday.

The death of the 60-year-old magnate led to eulogies from industry leaders, government officials and academics, who described Cline as a visionary who was generous with his $1.8 billion fortune.

"He was a very farsighted entrepreneur," said Bill Raney, president of the West Virginia Coal Association. "Chris was just one of those folks who had the Midas touch."

Raney said Cline began toiling in the mines of southern West Virginia at a young age, rising through the ranks of his father's company quickly with a reserved demeanor and savvy business moves.

He formed his own energy development business, the Cline Group, which grew into one of the country's top coal producers.

When he thought mining in the Appalachian region was drying up, he started buying reserves in the Illinois Basin in what turned out to be a smart investment in high sulfur coal, according to the website of Missouri-based Foresight Energy, a company he formed.

Cline sold most of his interest in Foresight for $1.4 billion and then dropped $150 million into a metallurgical coal mine in Nova Scotia, according to a 2017 Forbes article titled, "Chris Cline Could Be The Last Coal Tycoon Standing ."

The piece captured his opulence: A mansion in West Virginia with a man-made lake big enough to waterski on and a pasture that included a while stallion stud name Fabio. A gun collection so deep that federal officials would take stock once a month. A 200-foot (61-meter) yacht called Mine Games.

His deep pockets eventually opened to politics: He donated heavily to President Donald Trump and other Republicans. Cline gave the president's inaugural committee $1 million in 2017 and shared thousands more with conservative groups as well as committees representing GOP bigs such as Senate Majority Leader Mitch McConnell and Florida Sen. Marco Rubio, according to federal records.

He also gave to academia, bestowing at least $8.5 million on Marshall University in West Virginia.

Authorities began searching for the copter after police received a report from Florida that Cline's helicopter failed to arrive in Fort Lauderdale as expected on Thursday, Bahamas Police Supt. Shanta Knowles told The Associated Press.

The bodies of the four women and three men were recovered Thursday and taken to the Bahamian capital of Nassau to be officially identified, said Delvin Major, chief investigator for the Bahamas' Air Accident Investigation Department. The Augusta AW139 helicopter was still in the water on Friday, and based on preliminary information, she did not believe there had been a distress call before the helicopter when down. The cause of the crash is still undetermined, officials said.

Bahamas real-estate agent John Christie, who sold the land, said Big Grand Cay was developed by the late Robert Abplanalp, inventor of the modern aerosol spray valve and a friend of President Richard Nixon. The property became known as an escape for Nixon in the 1970s.

Big Grand Cay comprises about 213 acres (86 hectares) distributed over about half a dozen narrow islands. At the time of its sale, the property's mansion sat on a bluff overlooking the ocean and had five bedrooms and four bathrooms.

West Virginia Gov. Jim Justice mourned Cline's loss, first in a tweet he sent out Thursday in which he noted that his and Cline's families had been very close for years.

"Today we lost a WV superstar and I lost a very close friend," Justice wrote in the tweet. "Chris Cline built an empire and on every occasion was always there to give. What a wonderful, loving, and giving man."

Cline, in his Forbes profile, defended coal and waved off some of the scientific evidence of climate change when he wasn't posing for photos in front of tall pyramids of the black stuff.

"People deserve the cheapest energy they can get," he said. "Tell the poor in India and China that they don't deserve to have reliable, affordable electricity."

And to that effect, he also spoke about solar panels, wind turbines and Tesla batteries on Big Grand Cay, saying "Where it makes sense, I'm absolutely for it."