“It was fun until this morning. Then I wanted to kill them," Chris Ferry said about the prank pulled off by his two sons who live in Florida. 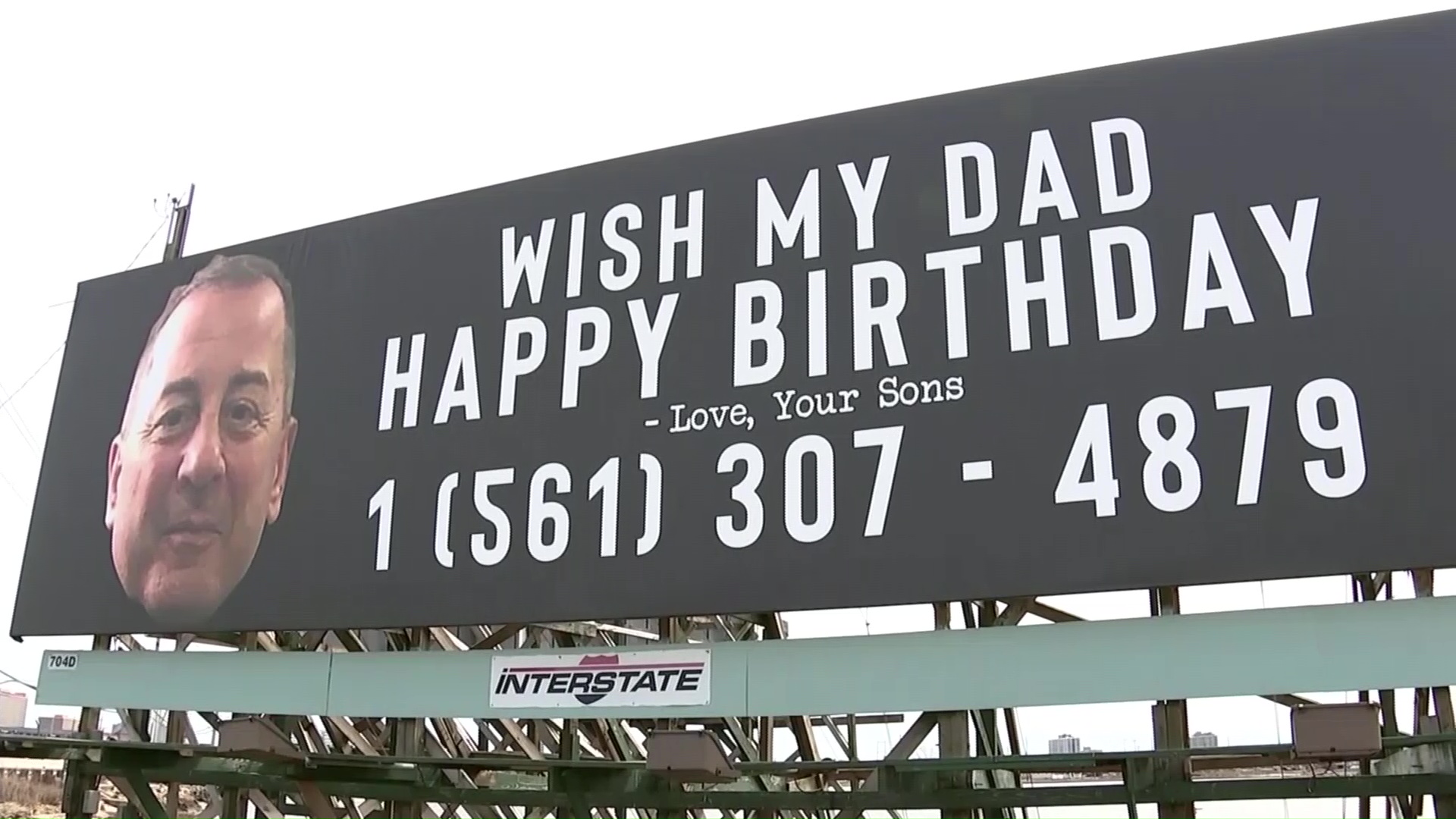 ATLANTIC CITY, N.J. — A dad continues to get birthday wishes from all over the world thanks to his two sons who live in Florida.

Chris Ferry lives in New Jersey. His birthday is this coming Saturday, so his sons, Chris and Mike, decided to prank him.

Chris found out after the first call came to his phone.

“Saying ‘Nick? Nick who? You don’t know me, how do you know it’s my birthday?’ [They] saw it on a billboard,” Ferry said.

His sons purchased a giant billboard on the way into Atlantic City toward the casinos. It has Chris' face, his phone number, and a message reading “Wish my dad Happy Birthday. Love, your sons.”

Mike says this is just the latest continuation of a childhood prank they would play on their dad at restaurants.

“They would always tell the waiter, waitress it’s my birthday, even though it wasn’t,” Chris explained.

Since the billboard went up, Chris says he's gotten more than 15,000 messages and calls. Chris says many of them have been inspirational.

“I’m getting things like, ‘My father’s birthday was March 16. He passed away. I’m contacting you in memory of him,” Chris Ferry said.

The billboard will stay up until April 6, so Chris will likely get even more messages and calls.

“It was fun until this morning. Then I wanted to kill them. But I’m going with it, having a good time,” Chris said.

As far as getting revenge?

“I would love to see him try,” Mike Ferry told CBS New York. “I just wanted to say I love my dad, I love my family, and I’m really glad he’s getting attention because he’s a great guy. He always puts others first, especially me and my brother.”