Tower officials said no one was in danger when the glass broke Monday. 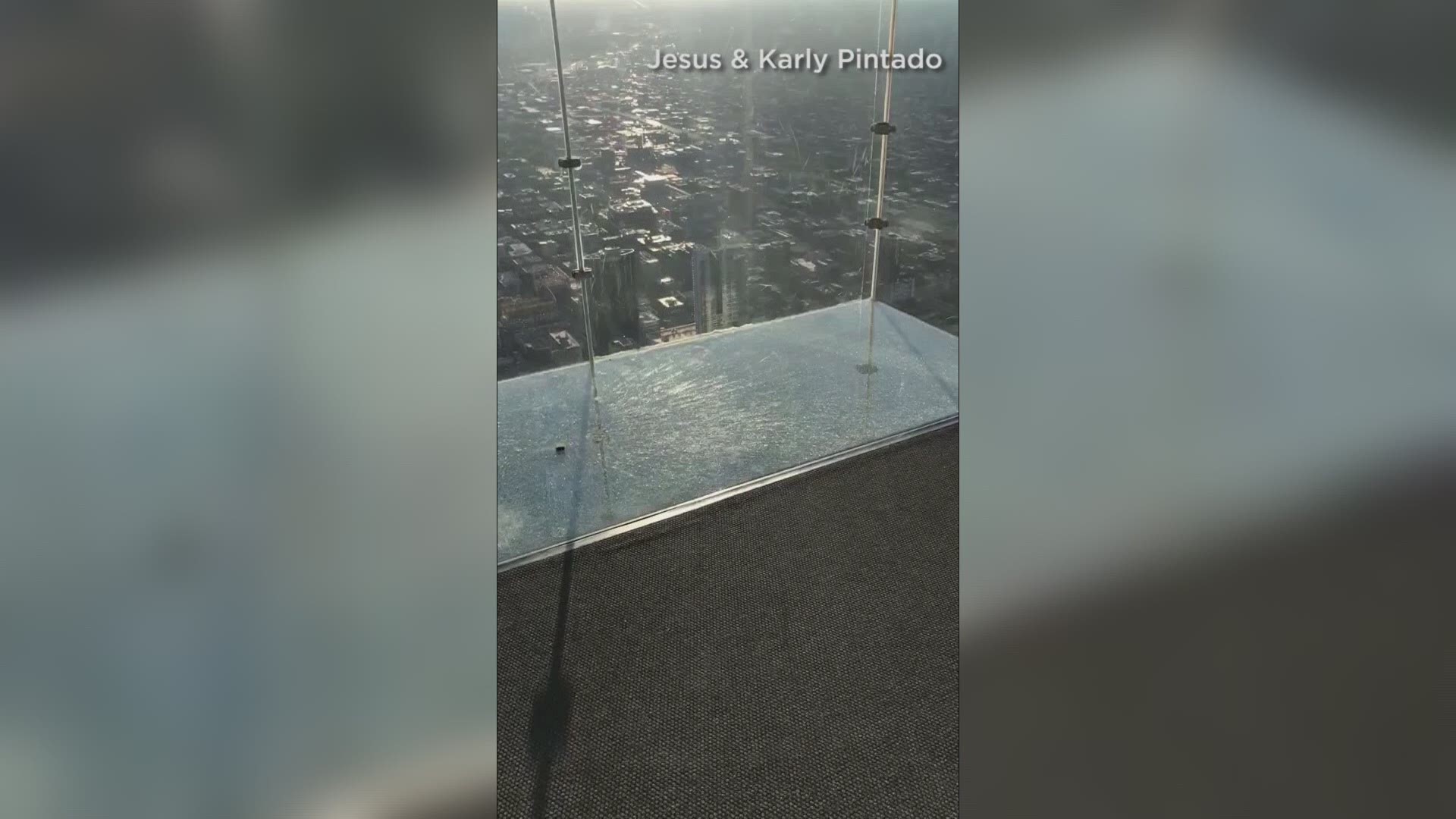 CBS reports the shattered protective glass layer covers the glass bottom of the deck on the 103rd floor of the Willis Tower.

A witness said a woman and two kids were on the deck when the glass broke.

Tower officials said the protective layer did what it was supposed to do and no one was in danger.

The same thing happened in May 2014 on the same ledge, CBS said.