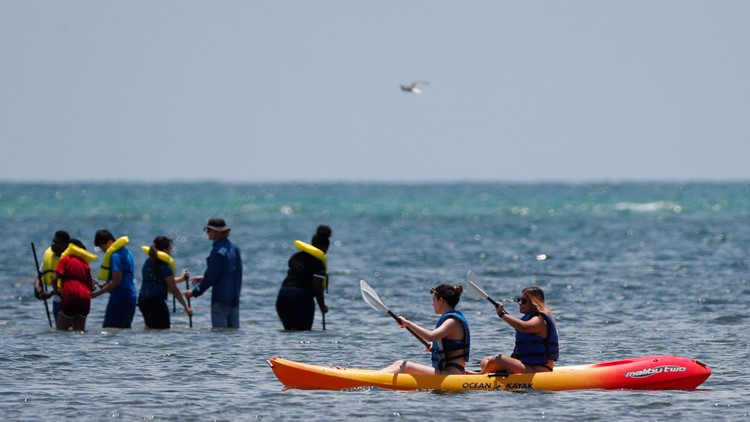 Photo by: AP
A pair of kayakers paddle past a group of school children looking for sea life near a sandbar along the beach at Crandon Park, Friday, May 17, 2019, in Key Biscayne, Fla. (AP Photo/Wilfredo Lee)

Floridians don't need a study to tell them how fun it is living in the Sunshine State.

The recognition is nice, though.

WalletHub recently released a ranking of the most fun states in America. California got the no. 1 spot, but Florida followed closely at second.

West Virginia ranked last for fun, with Mississippi at 49th, Delaware at 48th and Rhode Island at 47th.

The site said in some states, fun is a "way of life." To come up with the rankings, WalletHub used 26 indicators including movie costs, accessibility of national parks and casinos per capita.

WalletHub also ranked the most fun cities in America, and Orlando and Miami both ranked in the top 10.

Tampa tied for the city with the most festivals per capita and Miami got third for the most restaurants per capita. WalletHub said Port St. Lucie and Cape Coral are the cities with the lowest movie costs.

The determine the most fun cities in the U.S., the site compared 182 cities across three dimensions. Entertainment & Recreation included looking at things like the diversity of restaurants, public swimming pools, public beaches and number of water and amusement parks.